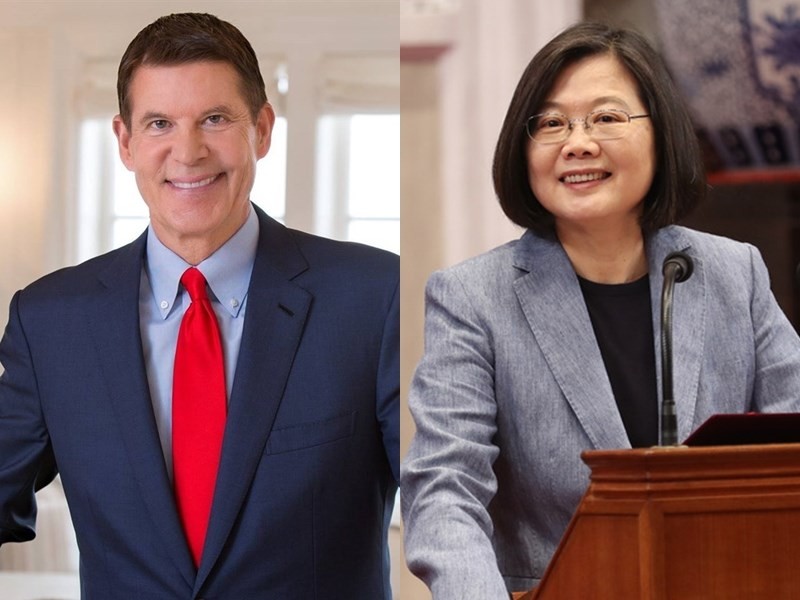 TAIPEI (Taiwan News) — The U.S. State Department confirmed on Wednesday (Sept. 16) that U.S. Under Secretary of State for Economic Growth, Energy, and the Environment Keith Krach will visit Taiwan — the highest-ranking State Department official to visit in 41 years.

Krach and his delegation are scheduled to arrive in Taipei at 5 p.m. on Wednesday, Taiwan Time. His trip will mark the highest-level visit by a U.S. State Department official since the U.S. under the Carter administration severed diplomatic ties with Taiwan in 1979.

On Sept. 2, reports surfaced that Krach might travel to Taiwan this month to engage in trade talks with the Taiwan government. Over the weekend, it was reported the talks could be held on Friday and focus on strategies in the Indo-Pacific region and restructuring supply chains.

In a press release issued on Wednesday, State Department Spokesperson Morgan Ortagus announced that Krach will be traveling to Taiwan to attend the memorial service of late President Lee Teng-hui (李登輝) on Saturday (Sept. 19). Ortagus wrote the U.S. will honor Lee's legacy by "continuing our strong bonds with Taiwan and its vibrant democracy through shared political and economic values."

Although the State Department press release did not provide more details on the trip, Taiwan's Ministry of Foreign Affairs (MOFA) issued a statement on Thursday (Sept. 17) writing that it welcomes Krach's visit to Taiwan from Sept. 17-19. The statement added the U.S. delegation will include Assistant Secretary for the Bureau of Democracy, Human Rights, and Labor (DRL), Roberto Destro.

The ministry said it was glad to note that since David Stilwell, assistant secretary of state for the Bureau of East Asian and Pacific Affairs (EAP), stated on Aug. 31 the U.S. would start economic dialogue with Taiwan, the State Department has already dispatched Krach to Taiwan to discuss economic cooperation. MOFA said that Krach's delegation will learn more about Taiwan's political and economic developments and further deepen already close economic ties between the two countries, "as well as a comprehensive partnership based on shared values."

Also on Thursday, Presidential Spokesperson Xavier Chang (張惇涵) said the U.S. delegation will have a full schedule, including a state dinner with President Tsai Ing-wen (蔡英文) at the Official Residence on Friday evening (Sept. 18) to "promote cooperation between the two sides." Chang expressed the hope that through Krach's trip, Taiwan and the U.S. can lay stronger foundations for further exchanges between the two countries, "including economic cooperation."

Krach and his delegation are scheduled to arrive in Taipei at 5 p.m. on Wednesday, Taiwan Time. His trip will mark the highest-level visit by a U.S. State Department official since the U.S. under the Carter administration severed diplomatic ties with Taiwan in 1979.

Under Secretary Krach @State_E is on his way to Taiwan to attend the funeral service of Lee Teng-hui. As Taiwan’s first democratically elected president, Lee ushered in a new era of democracy, economic prosperity, openness, and rule of law. https://t.co/DA9hiS8ZSN