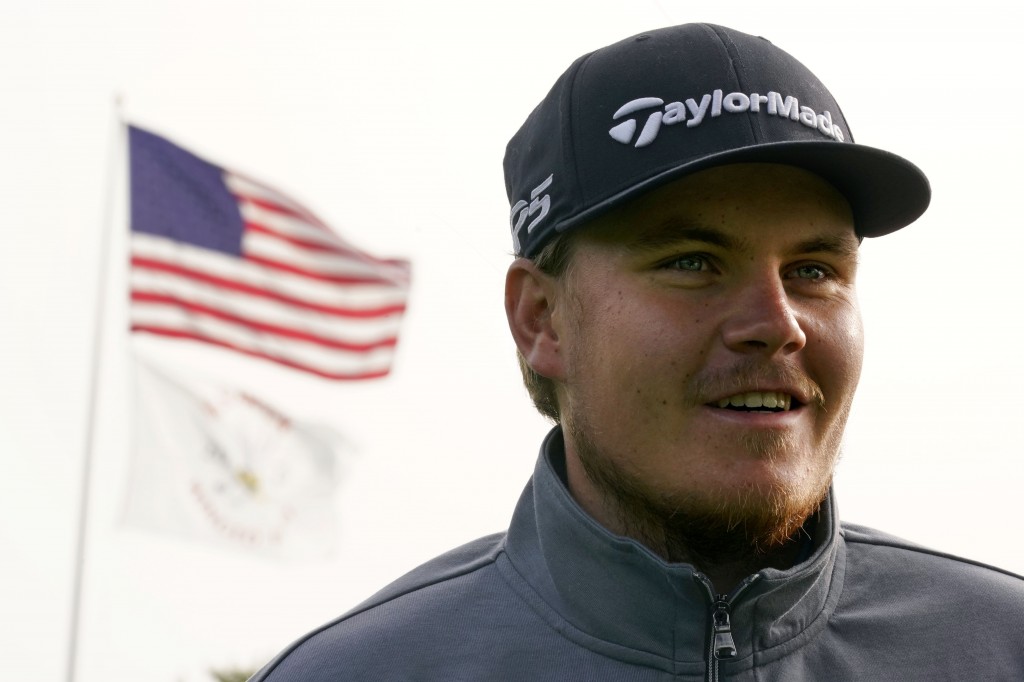 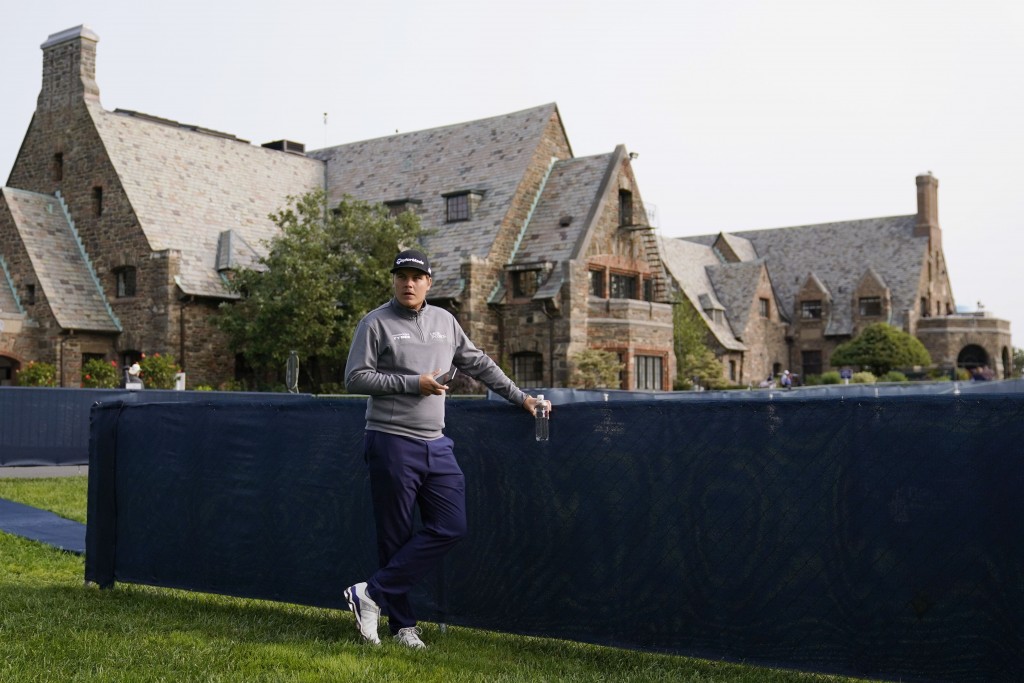 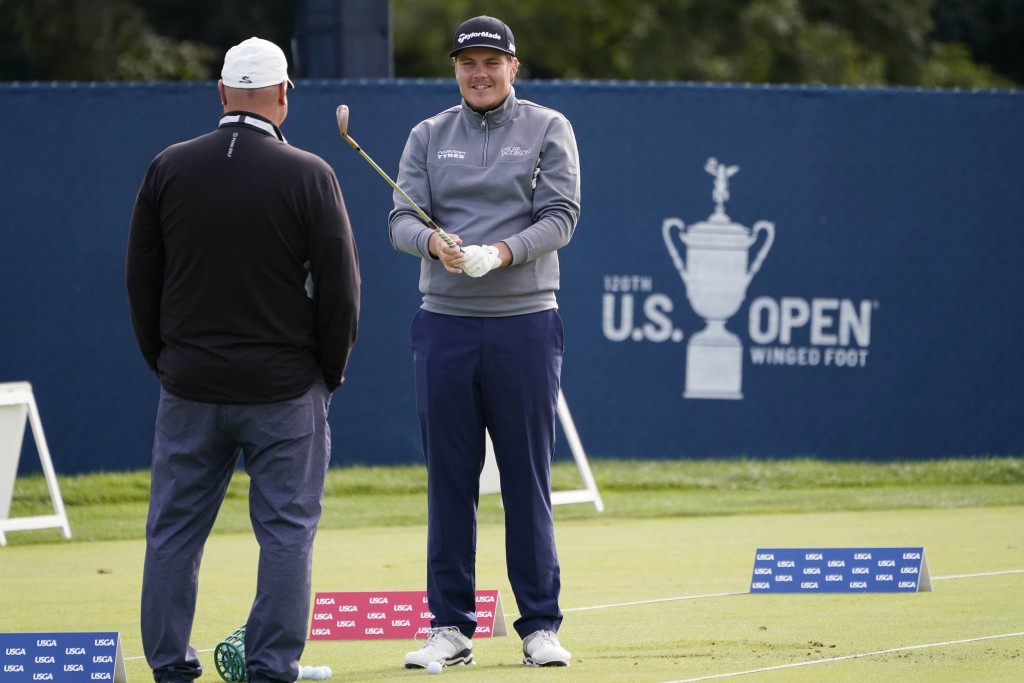 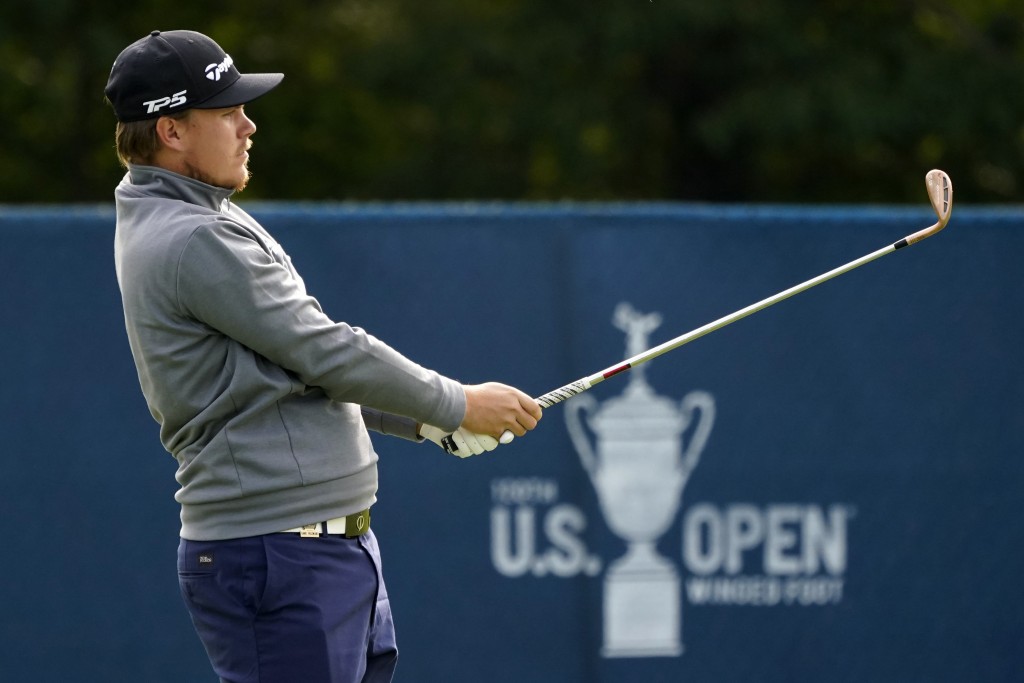 MAMARONECK, N.Y. (AP) — His first trip to America for his first major championship came a lot sooner than Sami Valimaki would have imagined, and it didn't take long for him to realize he was in a world far removed from a freezing forest in Finland.

Winged Foot was unlike any course he had ever seen, the fairways lined by trees and framed by rough that covered the tops of his shoes. The greens have moguls that would be ideal for skateboards if the U.S. Open wasn't being held this week.

And then the 22-year-old Finn had another eye-opener.

He ran into Tiger Woods.

Woods was almost a mythical figure to Valimaki, whose only access to golf's biggest star — and to golf's biggest tournaments — were on television. His favorite event remains the Ryder Cup in Paris, the ultimate dream to play. His only U.S. Open memories were from Shinnecock Hills two years ago.

That was right about the time Valimaki, a promising European amateur, began his mandatory military service in Finland. It was only six months. The drills including shooting rifles. And it involved what amounts to a survival test that sounds a lot tougher than anything he faces in the U.S. Open.

“We stayed in a forest, living there two weeks in a row. It was minus 25 Celsius," he said, pausing for an attempt to convert that to Fahrenheit (minus 13) until giving up. "Super, super cold. That was a rough time.”

In a U.S. Open without qualifying because of the COVID-19 pandemic, Valimaki is among those provided an avenue to Winged Foot through the “UK Swing” on the European Tour.

His original plan was the 36-hole qualifier in England, typically in May, which was wiped out when golf shut down from March until July in Europe. But after a slow start upon golf's return, Valimaki tied for sixth and was runner-up in consecutive events at Celtic Manor in Wales, and he was on his way.

Hojgaard, a 19-year-old Dane, is another promising young European who appears to be going places quickly. Similar to the path Valimaki has taken — minus the two weeks in a freezing forest — Hojgaard got his start in the Nordic Golf League, made his way to the Challenge Tour and then European Tour Q-school, and already has won twice this year. The most recent was the UK Championship at The Belfry to secure his spot at Winged Foot.

Even without spectators, there is more traffic on the course than they are used to seeing from braodcasters, USGA officials, volunteers, media and support staff ranging from coaches to equipment manufacturers.

“It's been different,” Valimaki said. “It's more competition, more people out here. I just want to enjoy the week.”

Valimaki didn't appear out of nowhere when he decided to give up hockey for golf. His parents brought him to Nokia River Course in Finland as a boy, and a sport where it was all up to him appealed to him.

Golfing idols are hard to find in Finland, the most accomplished being Mikko Ilonen, who won the 2000 British Amateur and in 2007 became the first Finnish golfer to win on the European Tour.

Valimaki was part of Finland's team that won the European Amateur Team Championship in 2018. He reached as high as No. 10 in the world amateur ranking before it was time for his mandatory military stint.

As a sportsman, he was allowed to practice golf once a week “and then nothing else.” He turned pro when his service ended at age 20 with a goal only of aiming as high as he could.

He won his first tournament as a professional on the Pro Golf League in Germany, one of four wins on that circuit that gave him status on the Challenge Tour. But he earned his European Tour card through Q-school, and in his sixth event as a rookie, holed a 20-foot putt to force a playoff and won the Oman Open.

And then the pandemic happened.

“The first month was the toughest because you don't know when you will play again,” he said.

He missed the cut in three straight events, went back to Finland to see his coach and has registered nothing but top 10s ever since. That's what got him to New York for the U.S. Open. He hopes this is only the start.