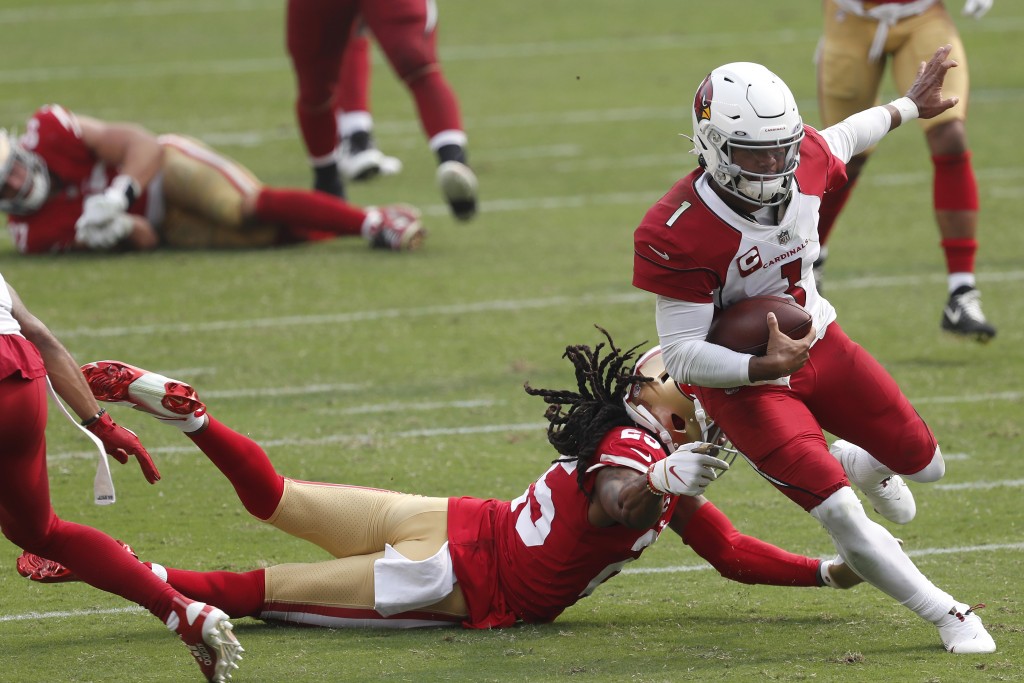 SANTA CLARA, Calif. (AP) — San Francisco 49ers cornerback Richard Sherman will miss at least the next three games after injuring his calf in the season opener.

A person familiar with the injury said Wednesday that Sherman will be placed on injured reserve and won’t be eligible to return until after missing the next three weeks. The person spoke on condition of anonymity because the team hasn’t made an announcement.

Sherman is the latest key player on the defending NFC champions to be hampered by an injury so far this season. San Francisco played the season opener without two of its top receivers in Deebo Samuel (foot) and Brandon Aiyuk (hamstring), as well as its top two centers in Weston Richburg (knee) and Ben Garland (ankle).

He fared better than anyone else on San Francisco’s defense in Week 1 against DeAndre Hopkins, limiting him to three catches for 22 yards on 15 pass plays. Hopkins had 14 catches for 151 yards overall in Arizona’s 24-20 win.

The 49ers head into Sunday’s game against the New York Jets with Emmanuel Moseley and Ahkello Witherspoon as the top two outside cornerbacks. Jason Verrett could also be an option if he has recovered from a hamstring injury that sidelined him for the opener.

The 49ers are adding another cornerback this week by agreeing to a deal with Brian Allen, according to his agent Steve Caric. Allen was a fifth-round pick by Pittsburgh in 2017 and played exclusively on special teams during his two seasons with the Steelers.

He also spent time with Seattle and Buffalo without playing in a game and now will join the 49ers.

The Niners agreed to a deal with receiver Mohamed Sanu on Tuesday for more depth at that spot.