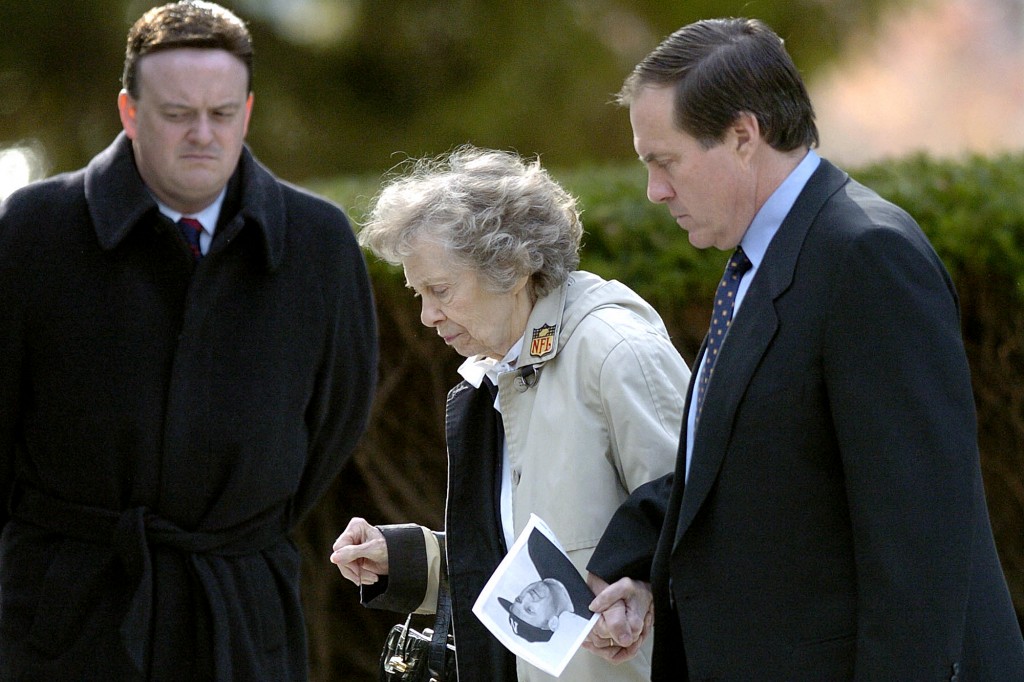 Jeannette Belichick, the mother of New England Patriots coach Bill Belichick, has died. She was 98.

Belichick was preceded in death by her husband, Steve, who died in 2005 at age 86. In addition to their son, Bill, she is survived by three grandchildren: Holy Cross College women's lacrosse coach Amanda Belichick and Patriots assistants Stephen Belichick and Brian Belichick.

Both Ohio natives, the former Jeannette Munn met Steve Belichick in the 1940s at Hiram College, where she taught French and Spanish and he was a football, basketball and track coach. They were married in 1950 and had their son, Bill, in 1952.

Following her husband's assistant football coaching stints at Vanderbilt and North Carolina, the couple moved to Annapolis when Steve took a coaching job at Navy.

Bill Belichick made a donation to Hiram College in honor of both of his parents in 2015. It established a reading room named for his mother in the school's library and purchased resources to aid the foreign languages department. It added his father's name to the college's fitness center.