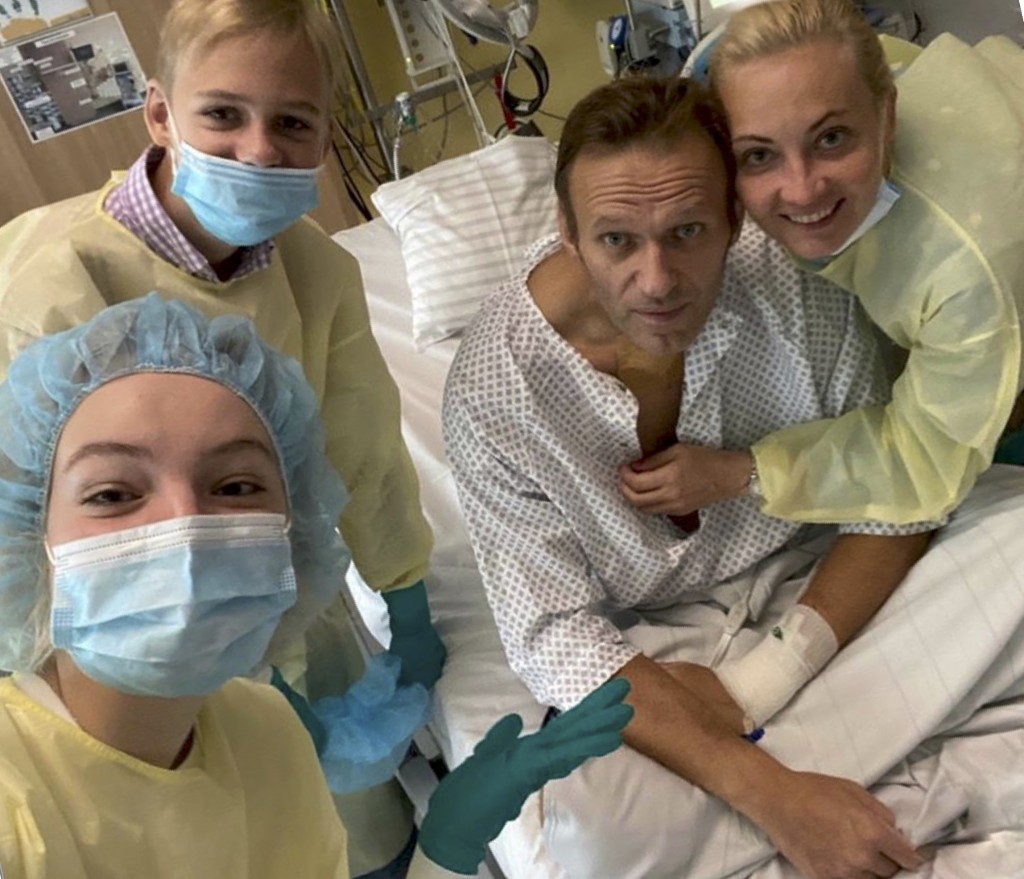 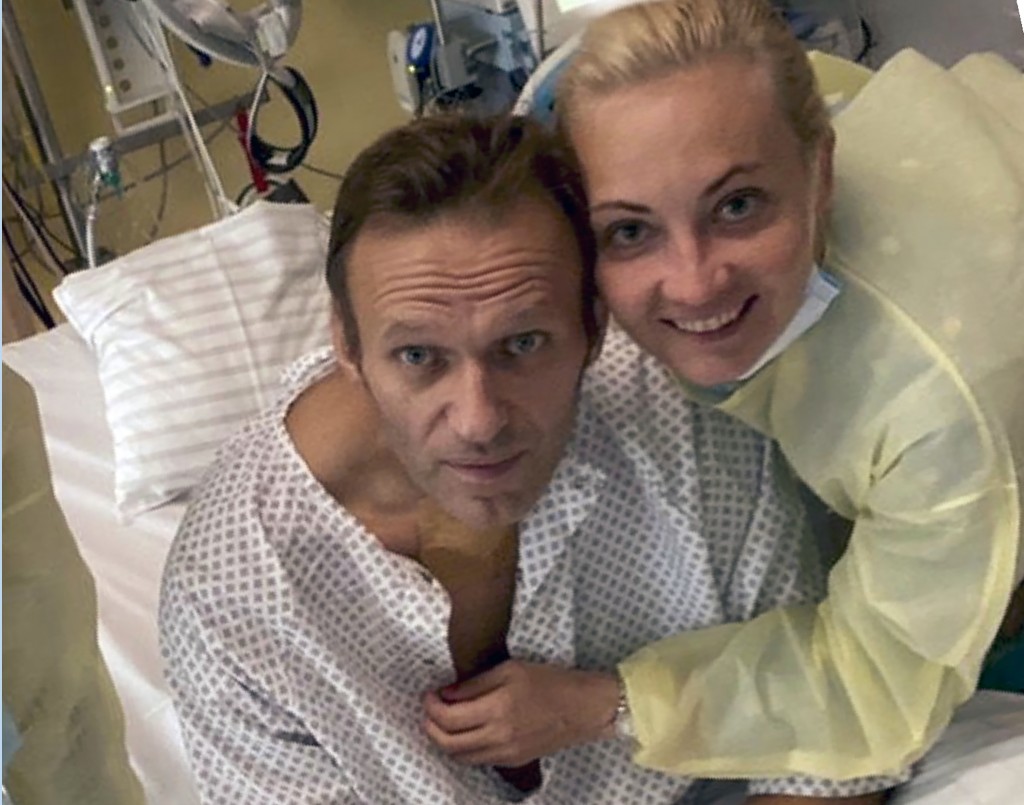 BERLIN (AP) — The German government on Wednesday welcomed news that poisoned Russian opposition leader Alexei Navalny's condition has further improved, and confirmed that Moscow has sent a second request for judicial assistance to Germany in the case.

Navalny, who fell ill on a domestic flight in Russia on Aug. 20, on Tuesday posted a selfie photo from Berlin's Charité hospital where he has been treated for almost four weeks. "I still can’t do almost anything on my own, but yesterday I managed to breathe on my own for the entire day,” he wrote.

“The German government is relieved about the latest news from the Charité, according to which the health situation of Alexei Navalny has further improved," government spokeswoman Ulrike Demmer told reporters, citing his social media. “That is encouraging and the German government wishes Mr. Navalny a quick and complete recovery.”

Germany has demanded that Russia should answer questions about Navalny's poisoning, after a German military laboratory confirmed the presence in his body of Novichok — a Soviet-era nerve agent previously linked to the attempted assassination of Kremlin critics.

Russia has rejected the suggestion that it was involved in Navalny's poisoning. The affair has added to pre-existing friction between Berlin and Moscow over issues such as Ukraine, Syria, and alleged Russian intelligence activity on German soil.

Demmer declined to say whether German Chancellor Angela Merkel planned to meet Navalny any time soon. But she confirmed that, despite speaking out prominently on the Navalny case, she has not so far discussed it directly with Russian President Vladimir Putin.

Separately, Germany's justice ministry said it has received a second request for judicial assistance from Russia.

“On Sept. 14 the Russian prosecutor general approached the Federal Office of Justice with a second judicial assistance request,” ministry spokesman Marius Leber said. It “is currently being examined.”

Moscow has accused Germany of failing to provide information necessary for investigators examining the case.