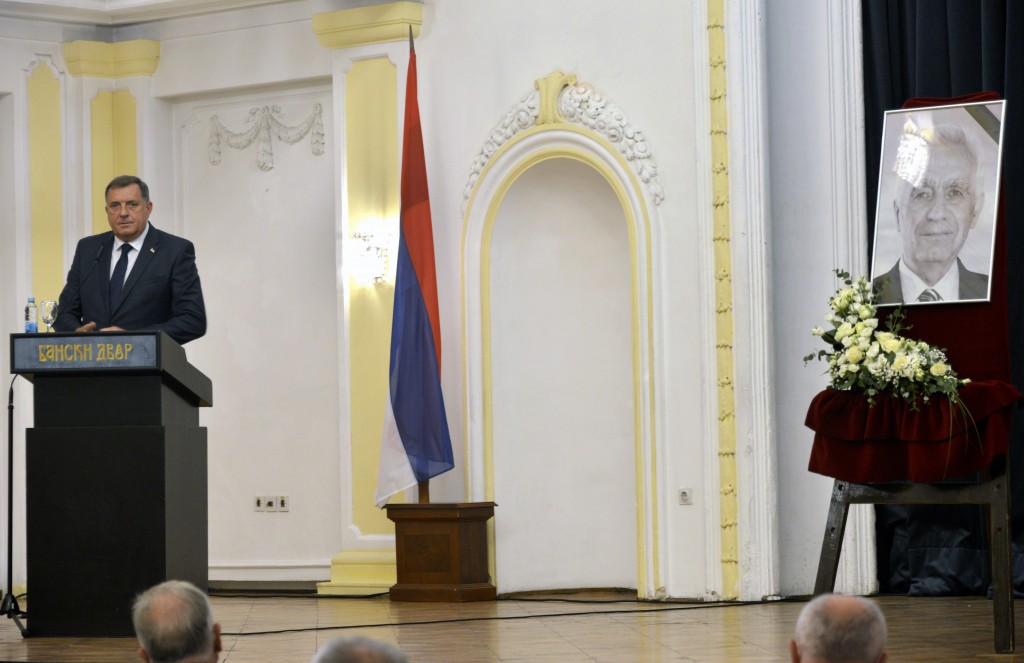 The Bosnian Serb president, prime minister and other officials attended the event in the northern city of Banja Luka, the seat of the Serb-run part of Bosnia called Republika Srpska.

The gathering illustrates the continued Bosnian Serb denial of their wartime leaders’ role in the atrocities committed against non-Serbs during the 1992-95 war in Bosnia.

Momcilo Krajisnik, who was parliamentary speaker during the conflict, was sentenced to 20 years in prison by the U.N. war crimes tribunal in The Hague, Netherlands, for persecuting and expelling non-Serbs.

Krajisnik died early on Tuesday in Banja Luka at the age of 75 after contracting the new coronavirus.

A leading Bosnian Serb official, Milorad Dodik, who is the member of Bosnia's multi-ethnic presidency, praised Krajsnik's “historic role” in establishing the Serb entity in Bosnia, according to Bosnian Serb broadcaster RTRS.

“Republika Srpska must not shy away from its founders, and one of them is Momcilo Krajisnik,” Dodik said, suggesting that a street should be named after him, the report said.

Krajisnik was released from a British prison in 2013 after serving two-thirds of the sentence. He was a close aide to Bosnian Serb leader Radovan Karadzic, who was convicted of genocide by the Hague tribunal.

Bosnian Serb forces took control of large swaths of Bosnian territory, expelling Bosniaks, who are mostly Muslims, and Croats from their homes and brutally killing thousands.

More than 100,000 people died before the war ended in a U.S.-brokered peace agreement that created Serb and Muslim-Croat entities under a joint government.