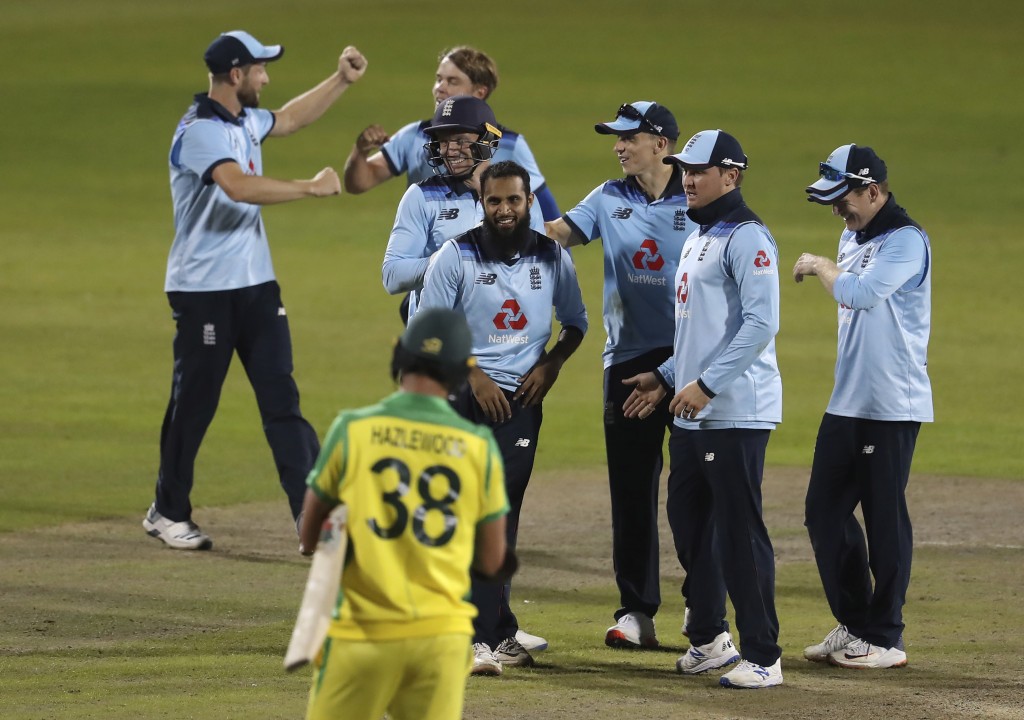 MANCHESTER, England (AP) — Steve Smith was again missing for Australia for the deciding match of its one-day international series against England, which won the toss and chose to bat first at Old Trafford on Wednesday.

Smith has not fully recovered after being hit on the head from a throwdown in the nets before the first match of the series.

Australia captain Aaron Finch said Smith had a hit in the nets on Tuesday but “just did not pull up well.”

“He was a bit groggy,” Finch said.

Australia selected an unchanged team, while paceman Mark Wood came in for Sam Curran in England's only change.

It is Australia's final match of its white-ball tour, with the team having already lost the Twenty20 series 2-1. England is looking to finish its international summer — during which all of its games have been played without fans — unbeaten in all formats against the West Indies, Ireland, Pakistan and Australia.