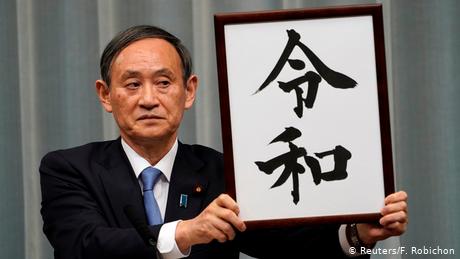 Though he spent eight years as Shinzo Abe's Cabinet chief, Yoshihide Suga was an unlikely choice to succeed his old boss as prime minister and Liberal Democratic Party leader — especially with the backing of a clear majority of LDP members. Suga is not particularly popular in Japan, he does not belong to a political dynasty, nor did he have any clout in the LDP, which has dominated domestic politics for 65 years. Suga owes his selection as party leader and prime minister to a backroom coalition that marketed him as the candidate of continuity and stability.

Suga's supporters also had a few goals of their own in mind when they backed him: LDP Secretary General Toshihiro Nikai and Japanese Finance Minister Taro Aso wanted to keep their posts, and Abe wanted to ensure that his long-term intraparty rival, Shigeru Ishiba, would not become the LDP's leader. (Abe, who abruptly announced his resignation in August, had possibly also calculated that, with his closest ally in charge of the government, the judiciary might hold off on investigating reports of corruption during his administration.)

The new administration seems stale already — not least because of the mousy 71-year-old at the top, who holds his post thanks to the backing of Abe, Aso, Nikai and their supporters. Suga should have the courage to blow off the paralyzing mildew and call an early new election for this fall. The current lull in COVID-19 infections is a good opportunity.

When Emperor Akihito stepped down in 2019, Suga was tasked with presenting the new imperial era to Japan. The rein of Emperor Naruhito would be known as "Reiwa," or beautiful harmony, Suga told the nation. And the Japanese responded by affectionately dubbing the Cabinet chief "Uncle Reiwa."

There is genuine doubt that Uncle Reiwa has the charisma for his new job. Suga needs an unequivocal election victory to shift from puppet to puppeteer. Only then can he step out of the shadow of his former boss and ditch the role of transitional prime minister. Otherwise, every time he stumbles he can expect the party heavyweights to whet their knives.

Suga has drafted a convincing financial program that includes continuing Abenomics. It makes sense: Its pillars of loose monetary policy, flexible fiscal policy and strategies for growth are the current tools of economic management. After dealing with the pandemic-induced recession, he has set forth the goals of digitizing administration, revitalizing rural areas and shoring up social systems. Structural issues that have gone unaddressed for ages could finally be tackled.

Abe had preferred nationalist projects, such as centralized security and changing the constitution to permit military engagement abroad. He wasted eight valuable years on these projects and avoided major issues so as not to turn off the voters. He focused on the economy with the idea that robust finances would allow him to pursue other political goals.

Suga sees economic policy, which has a direct effect on citizens, as its own. An excellent Cabinet chief does not automatically make a capable prime minister, however. An administrative apparatus can be managed with an iron fist; balancing power interests requires diplomatic skill and political tact. Suga should also take the voters into account .

Because of Suga's lack of international experience, he may initially be perceived on the international stage as weak. His actions are unlikely to score him many points at home, where the coronavirus pandemic threatens to be his undoing. With more than 1,400 deaths so far, the Abe government, which he has represented as spokesman, did not come across as competent, . If Suga doesn't watch out, he'll be out of the top job as quickly as he fell into it.

Adapted from German by Dagmar Breitenbach