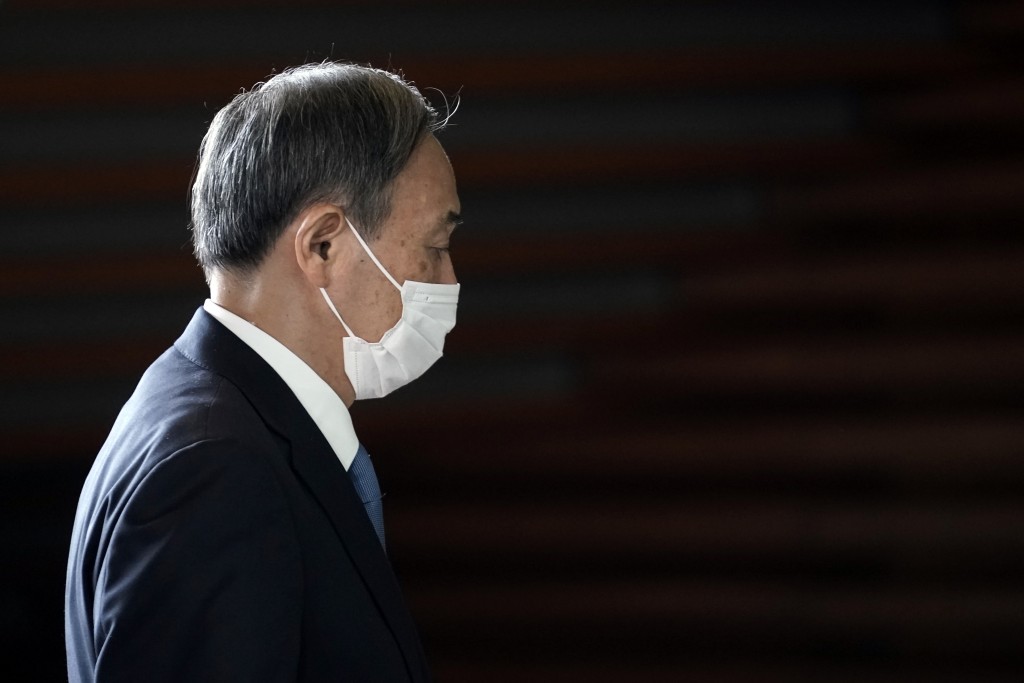 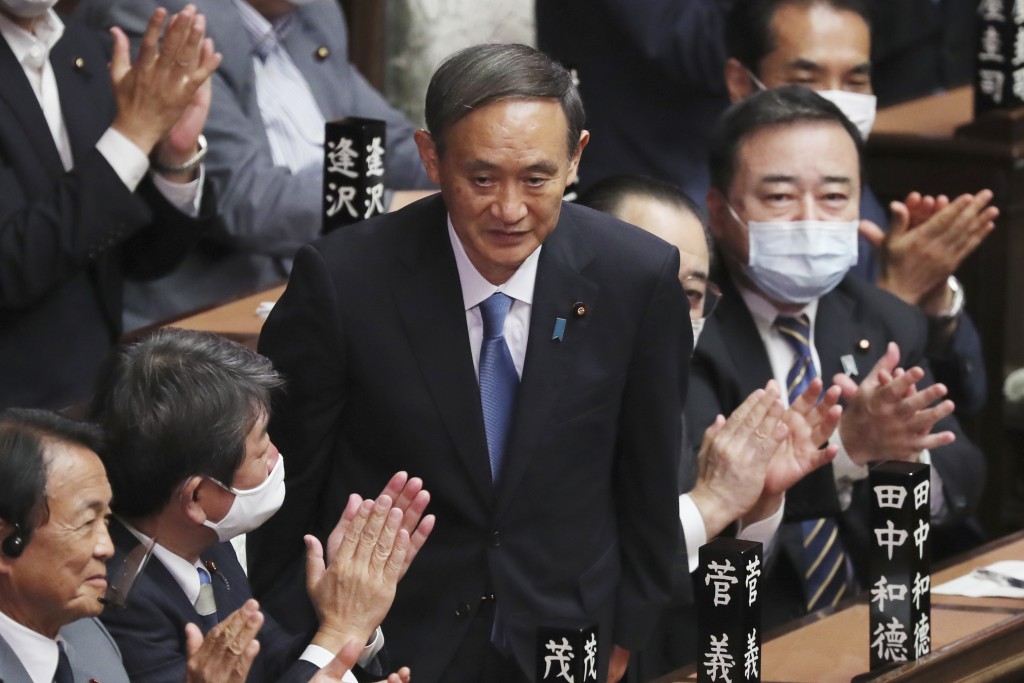 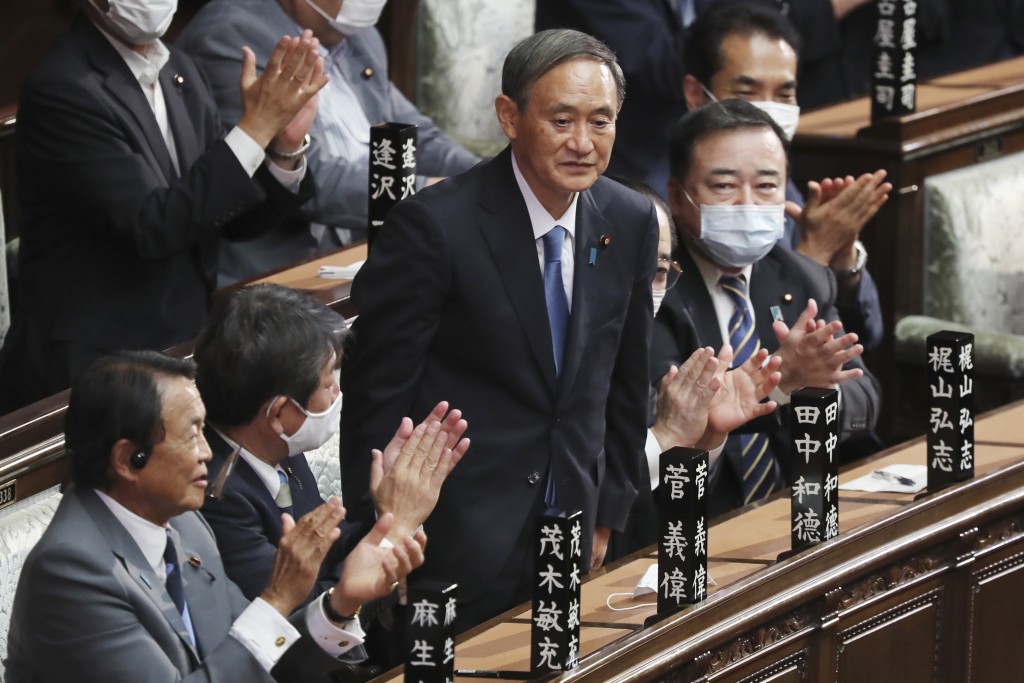 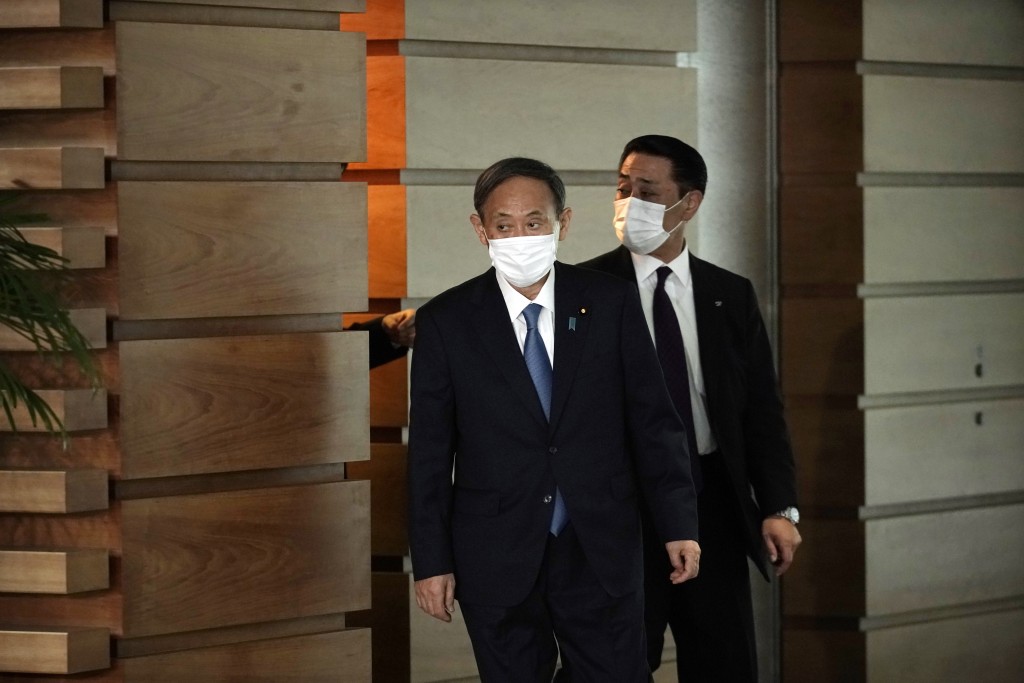 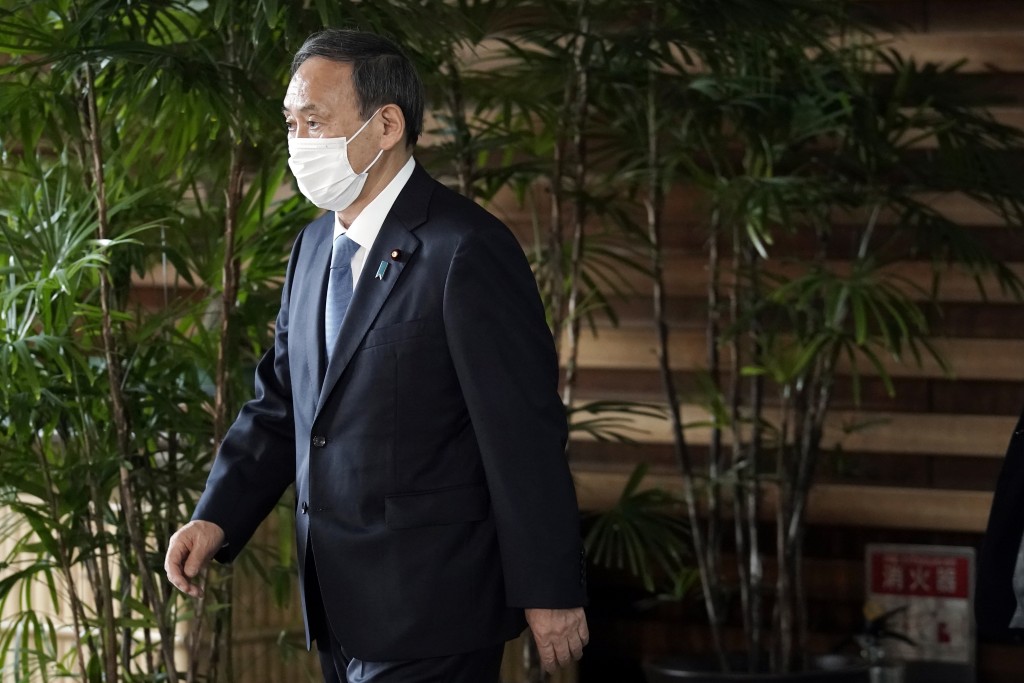 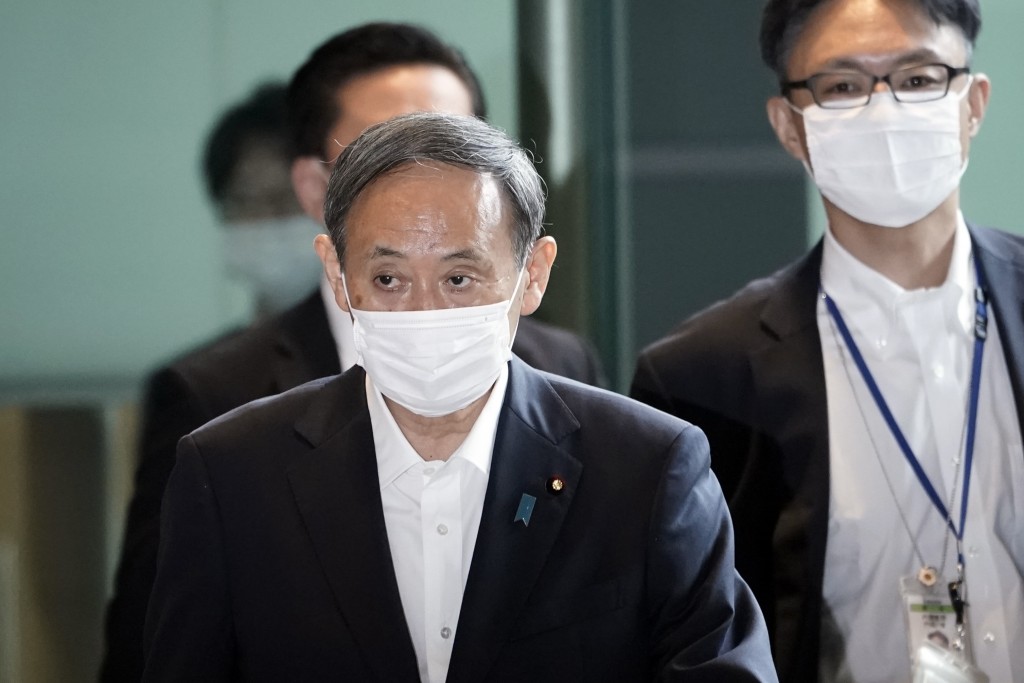 TOKYO (AP) — Before he got Japan's top government job officially, Yoshihide Suga was known as a “shadow" prime minister and the right-hand man for his long-serving predecessor.

When Shinzo Abe announced last month he would resign due to ill health, his chief Cabinet secretary Suga said he would come forward to pursue Abe's unfinished work.

The self-made politician was elected by Parliament on Wednesday as Japan's new prime minister, two days after he succeeded Abe as leader of the ruling Liberal Democratic Party.

But behind the scenes, Suga is known for his stubbornness, an iron-fist approach as a policy coordinator and influencing bureaucrats by using the power of the prime minister’s office, leading political watchers to call him the “shadow prime minister.”

Some bureaucrats who opposed his policies have said they were removed from government projects or transferred to another posts. Suga himself recently said he would continue to do so.

As his parents’ eldest son, Suga defied tradition by leaving for Tokyo rather than taking over the family strawberry farm in Akita prefecture. He worked at a cardboard factory before entering university, paying his tuition while working part-time jobs, including one at the Tsukiji fish market.

His classmates remember Suga as a quiet but a person of determination. Suga, who played baseball in junior high school, insisted on his batting form despite an instructor’s advise, saying his style made better sense, his old friend Masashi Yuri told Mainichi newspaper. Apparently Suga was not talking off the cuff, and practiced and mastered an example of a pro-baseball star from Akita. “Once he makes a decision, he never sways and he is still the same.”

He was a secretary to former trade minister Hikosaburo Okonogi for 11 years before becoming a Yokohama city assemblyman in 1987.

“I jumped into politics, where I had no connection or relatives, literary starting from zero,(asterisk) he said Monday.

Suga was elected to the lower house in 1996 at age 47, a late start compared to political heirs like Abe, the third-generation political blue-blood elected to parliament at age 29.

Suga was a loyal supporter of Abe since Abe's first stint as prime minister from 2006 to 2007, and he helped Abe return to power in 2012 and become Japan's longest-serving prime minister.

Suga has said his top priorities will be fighting the coronavirus and turning around a Japanese economy battered by the pandemic. He has also repeatedly praised Abe's diplomacy and economic policies when asked about what he would like to accomplish as prime minister, and his vision of a future Japan remains unclear. He also defended favoritism and cronyism scandals that occurred under Abe, saying investigations into those cases were properly handled.

Suga, at 71, says he is in good shape and fit for the leadership job. His disciplined daily routine includes sit-ups and walking — while wearing business suits so he can immediately head to work in an emergency. He commutes from a parliamentary apartment and hardly goes home in Yokohama.

He says his weakness is sweets, namely pancakes and daifuku mochi, a Japanese rice treat filled with sweet bean paste.

Suga says he is a reformist and has broken territorial barriers of bureaucracy to secure policy achievements. He credits himself for a boom in foreign tourism, which he hopes to revive when the coronavirus pandemic subsides, as well as lowering mobile phone bills and bolstering agricultural exports.

He is also known to support what would be a historic change in Japan's immigration policy to allow more foreign laborers into the country to offset the decline in Japan's workforce as the country ages. Abe and his nationalistic supporters were not keen on the change.

Suga has pledged to crack into vested interests and rules hampering reforms to get more done. One such plan is to form a new agency to promote digital transformation, an area where Japan lags and which has delayed efforts to fight the coronavirus.

“Where there is a will, there is a way,” is Suga’s motto. He says he seeks to build a nation of ”self-support, mutual support, then public support,(asterisk) urging self-help for individuals, though that has raised concerns he envisions a government that is cold to the weak and the needy.

Compared to his political prowess at home, Suga has hardly traveled overseas, and his diplomatic skills are unknown, though he is largely expected to pursue Abe's priorities. Suga said Abe's leadership diplomacy, including his personal friendship with President Donald Trump, is outstanding and that he may seek Abe's advice.

Suga also inherits other challenges, including China, which continues its assertive actions in the regional seas. He will have to decide what to do with the Tokyo Olympics, postponed to next summer due to the pandemic, and establish a good relationship with whoever wins the U.S. presidential race.