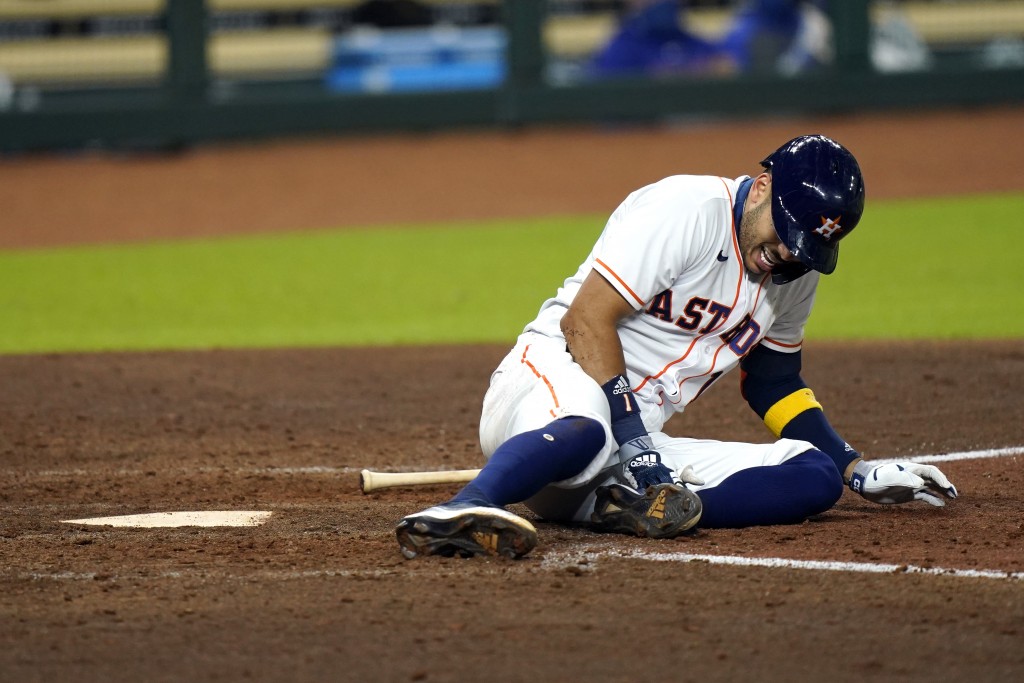 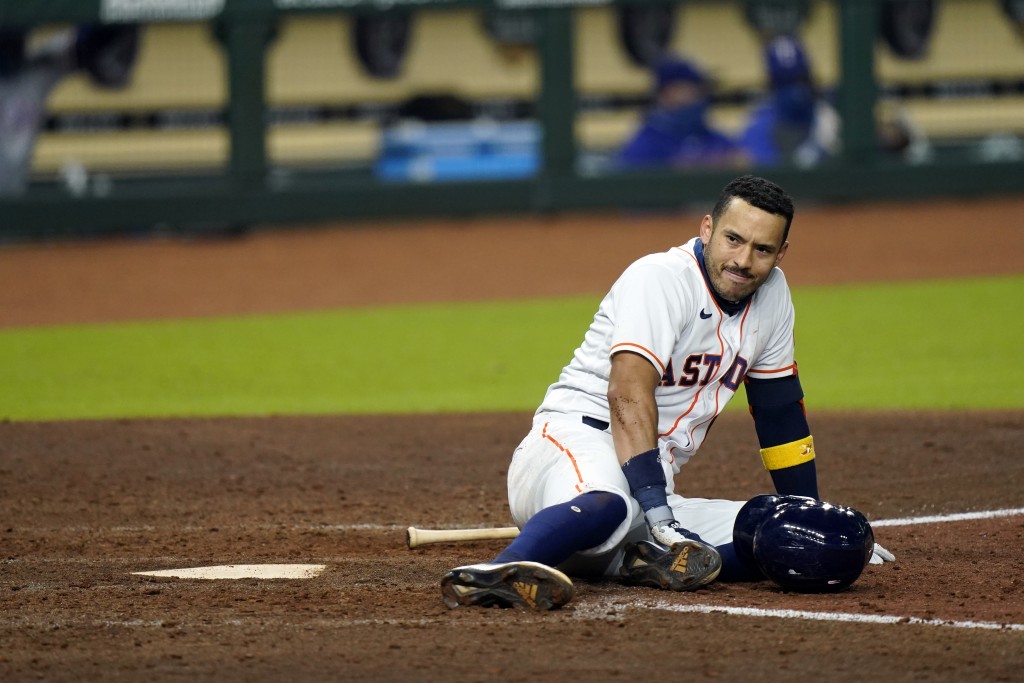 HOUSTON (AP) — Astros shortstop Carlos Correa had to be helped off the field after fouling a ball off his left ankle or foot Tuesday night.

Correa was batting with one out in the sixth inning against the Texas Rangers when he fouled the ball. He immediately fell to the ground and was in significant pain as team officials came to check on him.

He was soon helped to his feet and put his arms around two people as he was helped off the field without putting any weight on his left leg.

Jack Mayfield came in to finish the at-bat and struck out.

There was no immediate update on Correa's injury.

The Astros entered Tuesday 1 1/2 games ahead of Seattle for second place in the AL West, with the top two teams ensured a spot in the postseason.