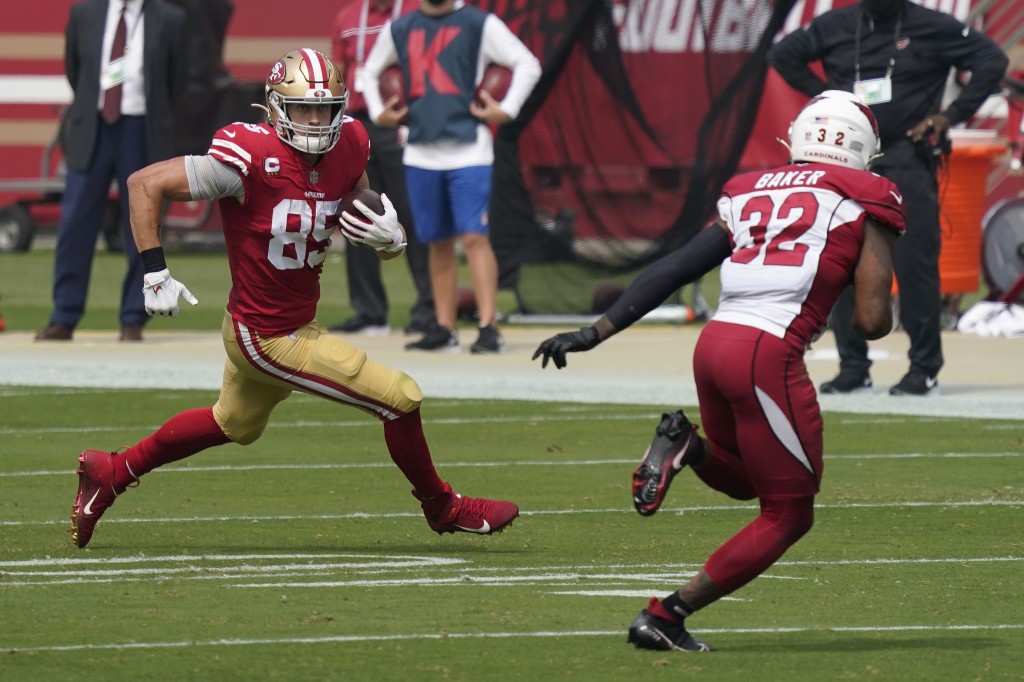 SANTA CLARA, Calif. (AP) — The San Francisco 49ers are seeking to identify the fan who sent racist messages to Arizona safety Budda Baker and say they will ban the person from future games and events.

Baker tweeted a screenshot of the derogatory messages on Monday that came after his hit Sunday injured All-Pro tight end George Kittle. Kittle sprained his knee after a legal hit by Baker on a high pass in the first half. No penalty was called on the play and the Niners didn’t complain.

The team sent out a tweet on Tuesday denouncing the message and saying the person doesn’t represent the 49ers or their fans.

“Sadly, these incidents occur far too often,” team CEO Jed York said on Twitter. “Permitting these individuals to go unchecked allows racism and hate to spread. I urge other teams in the world of sport to consider our policy of banning those who seek to tear others down with racial slurs and threats of violence.”