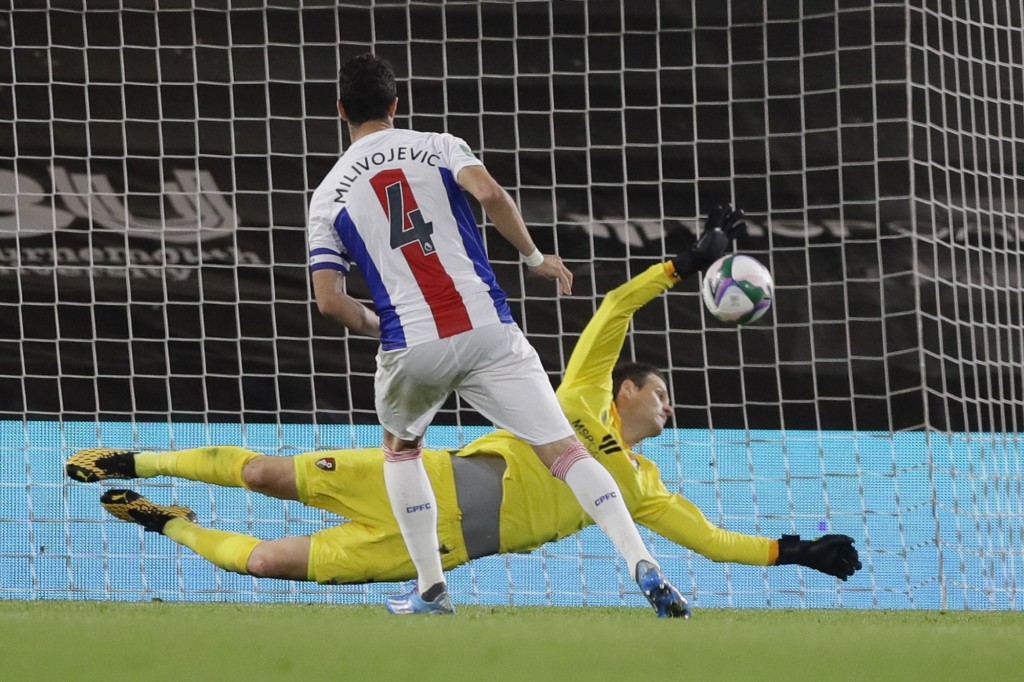 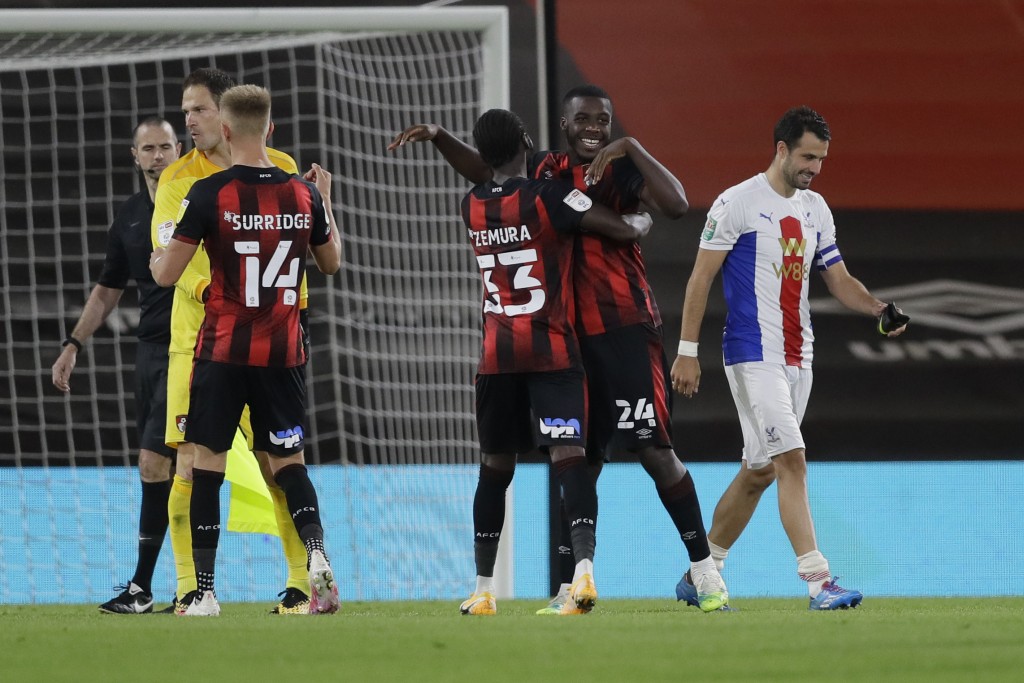 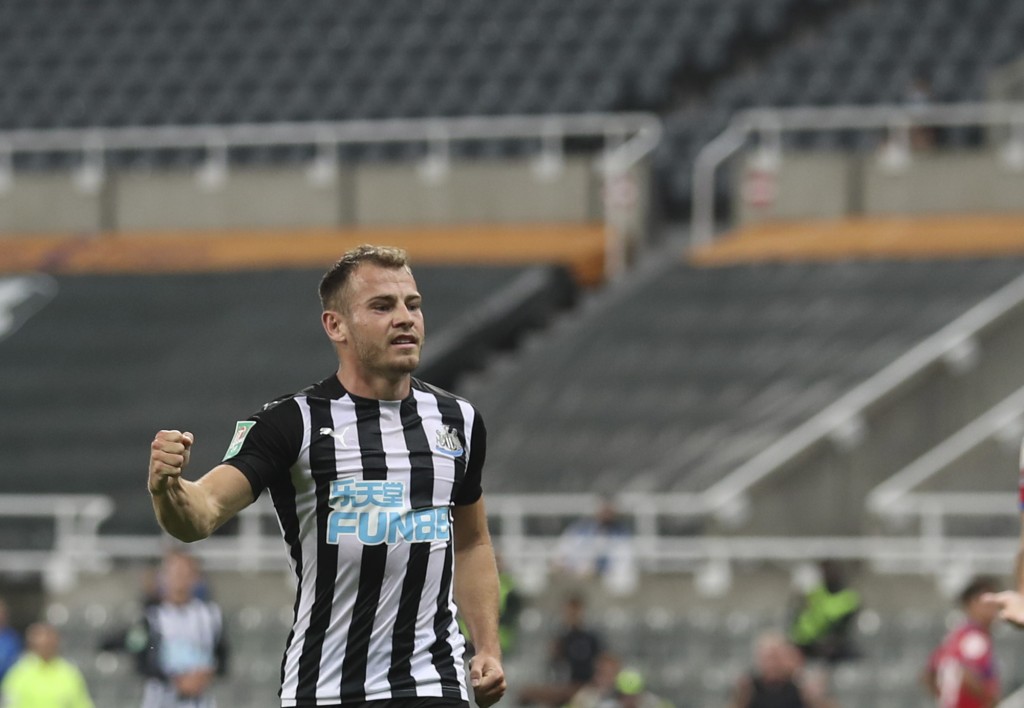 LONDON (AP) — Bournemouth beat Crystal Palace 11-10 in an unusually long penalty shootout to advance to the third round of the English League Cup after the game ended at 0-0 after 90 minutes on Tuesday.

As the sides remained deadlocked after five penalties each, even both goalkeepers had to take spot kicks — and they both missed.

Eventually David Brooks scored his second penalty for Bournemouth and Luka Milivojevic’s second was saved by goalkeeper Asmir Begovic to knock out the Premier League side.

Bournemouth, which was relegated from the Premier League in July, plays Manchester City in the next round.

Jack Grealish celebrated his new contract at Aston Villa by scoring the decisive goal in a 3-1 victory over Burton.

The match looked to be heading for a penalty shootout after Ollie Watkins had scored Villa’s equalizer late in the first half to cancel out Colin Daniel’s opener for the third-division team after only 68 seconds.

But Grealish struck a volley from the edge of the area to put Dean Smith’s team in front in the 88th minute.

Keinan Davis made sure of the victory in stoppage time to set up a trip to Bristol City or Northampton in the next round.

The win may only temporarily paper over the cracks after West Ham’s poor start to the season — a 2-0 home loss to Newcastle on Saturday — as well as unrest off the field.

Ryan Fraser secured Newcastle's 1-0 victory over Blackburn by scoring on his first appearance for the northeast club, which will play fourth-tier side Morecambe in the third round.