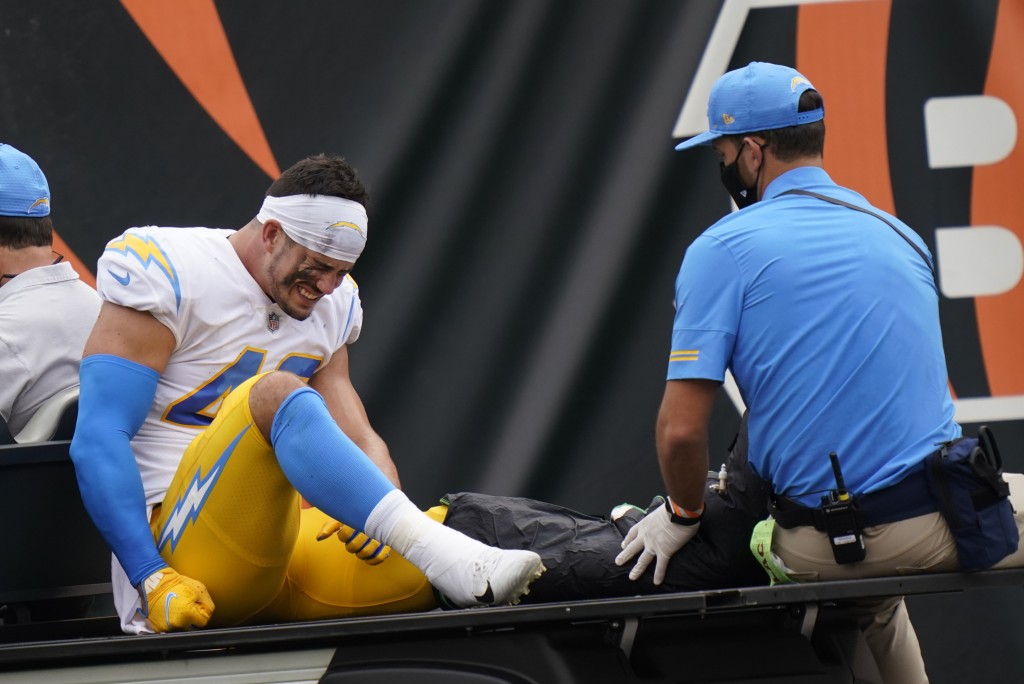 The second-year linebacker broke his left ankle during the first quarter of last Sunday's 16-13 victory at Cincinnati. Asmar Bidal was promoted from the practice squad to fill Tranquill's roster spot.

Coach Anthony Lynn said on Monday that he expected Tranquill to miss significant time, but did not say it was a season-ending injury.

Tranquill has started four games in his brief career, including this season's opener. He had 64 tackles last season after being selected in the fourth round and tied for second in special-teams stops with 11. He is the second defensive starter to end up on injured reserve early in the season. Safety Derwin James is out for the year after tearing the meniscus in his right knee during training camp.

Bilal was signed as an undrafted free agent during the offseason. He appeared in 51 games, including 10 starts, for Notre Dame and had 176 tackles in four seasons.