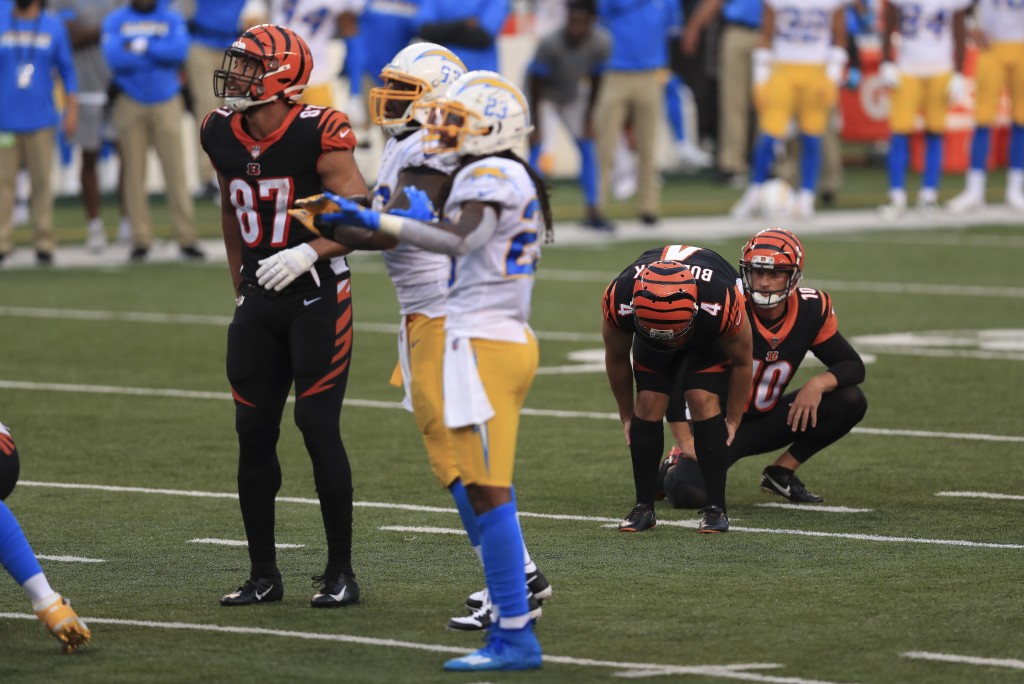 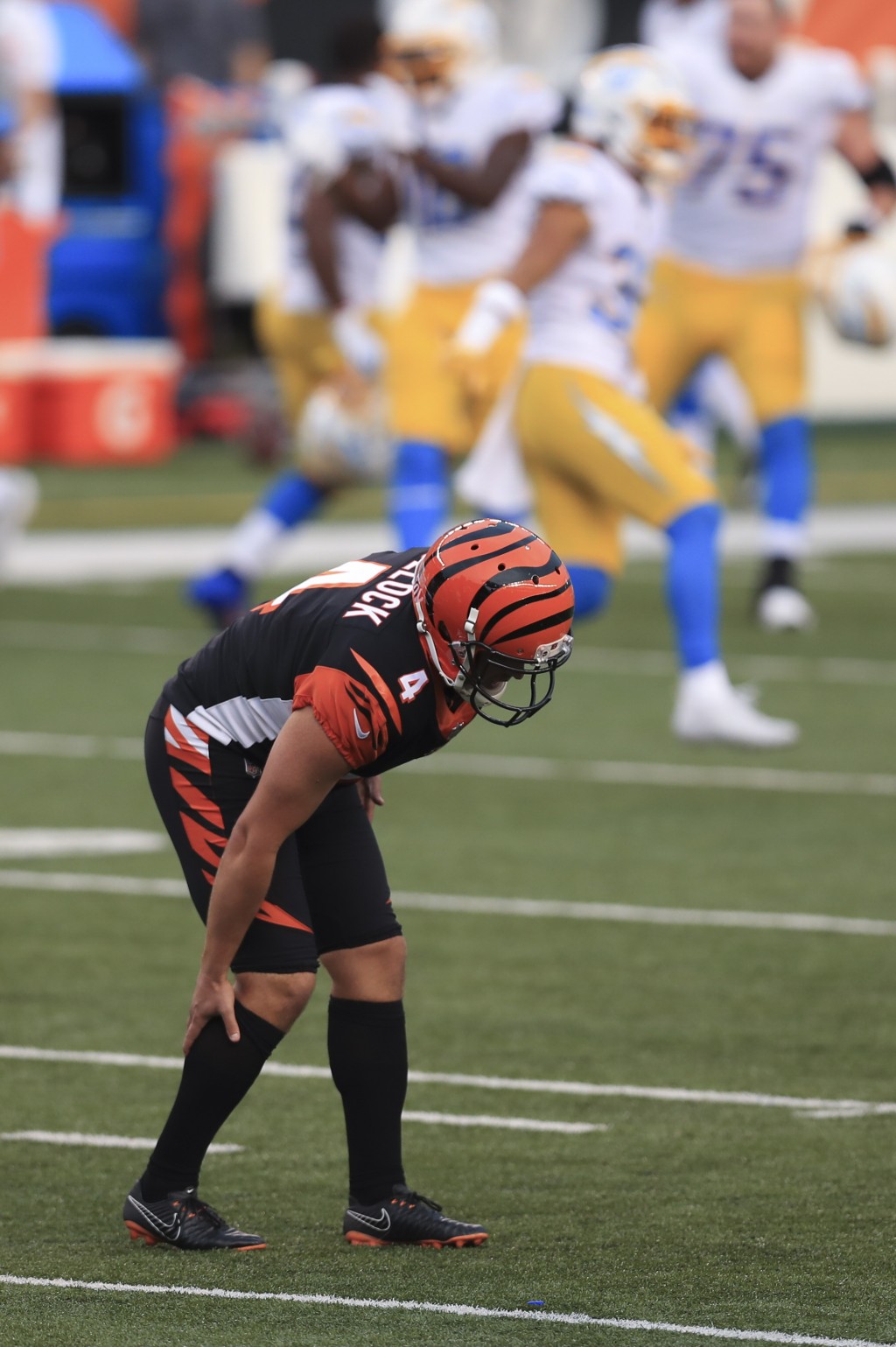 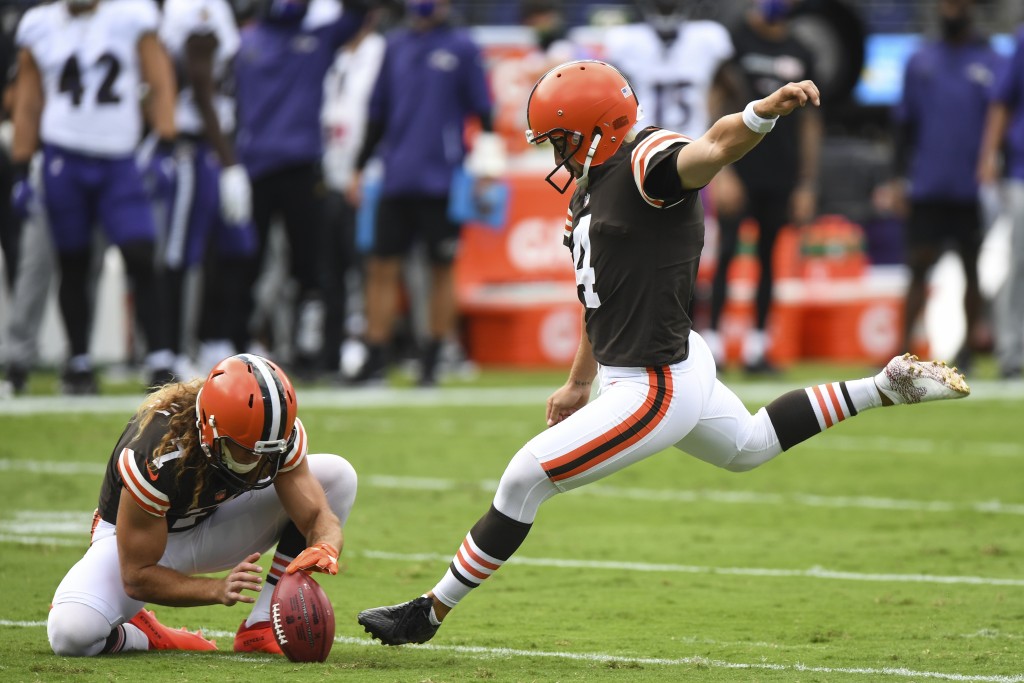 CINCINNATI (AP) — The Bengals claimed former Browns kicker Austin Seibert off waivers but expect Randy Bullock to be ready to play in Cleveland on Thursday night.

Bullock missed a 31-yard field goal with 2 seconds left Sunday when his left calf cramped, leaving the Bengals with a 16-13 loss to the Chargers. Bullock fully practiced Tuesday and coach Zac Taylor said he would be the kicker heading into their intrastate rivalry game.

Bullock's calf cramped as he planted it to make the kick, which then sailed wide right. He said he'd never previously developed a cramp while kicking.

Seibert, a fifth-round pick in 2019, missed a field goal and an extra-point attempt during Cleveland's 38-6 loss to the Ravens on Sunday. He gives the Bengals another kicker in case Bullock has more calf problems.

The Bengals also placed starting right guard Xavier Su’a-Filo on injured reserve with an ankle injury suffered against the Chargers. Su'a-Filo was the main offseason addition to an offensive line that has struggled the past few years.

Billy Price took over at guard when Su'a-Filo was hurt and is expected to play in Cleveland.