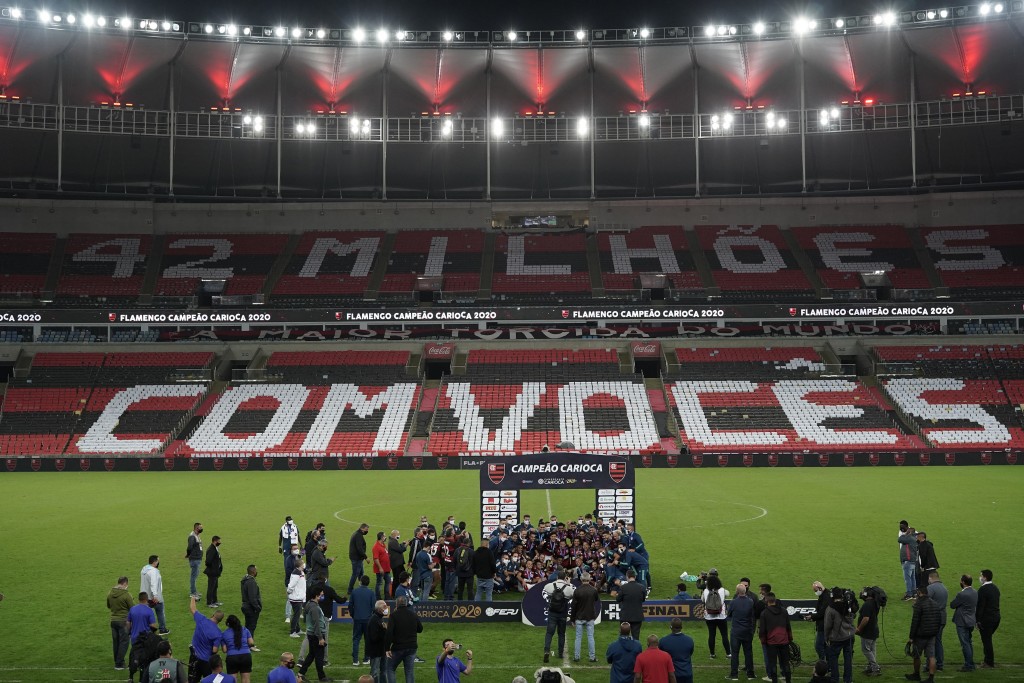 BUENOS AIRES, Argentina (AP) — Six months after it was stopped by the coronavirus pandemic, the Copa Libertadores will restart on Tuesday with teams at different levels of readiness after some only recently returned to training.

The tournament, South America's top club competition, was halted after two group-stage matches and is now scheduled to end in January instead of December.

The last game was on March 12, at a time when nearly all cases of COVID-19 came from other continents. Now Brazil, Peru, Colombia and Argentina are among the top 10 countries in the world in terms of confirmed cases of the disease.

The biggest discrepancy in preparations will be seen at Tuesday's game between Bolivia's Jorge Wilstermann, which started training days ago, and Brazil's Athlético, which has been practicing since May amid intensive testing. Also on Tuesday, Chile's Colo Colo faces Uruguay's Peñarol.

A good measure of the fitness levels of teams will come on Thursday as runner-up River Plate travel to Brazil to face Sao Paulo. River's last match was on March 11, and it hasn't even played a friendly since.

Defending Argentine champion Boca Juniors are in deeper trouble. It will face Paraguay's Libertad on Thursday after 22 of its players contracted the virus during preparations.

“It would be a sporting miracle to survive the group stage," Crespo said.

Another unusual situation created by the virus affects Venezuela's Estudiantes de Mérida, whose Argentine coach Martin Brignani can't fly out of his country due to health restrictions. It is unclear whether he will be on the bench on Wednesday for his team's match against Peru's Alianza Lima.

Squads will travel in chartered jets paid for by South American soccer body CONMEBOL, which is spending about $80 million to adapt to the pandemic.

According to CONMEBOL's medical protocol, teams need to submit their squads five days before each match. Visiting teams must stay no longer than 72 hours. Temperatures will be taken before kick off.