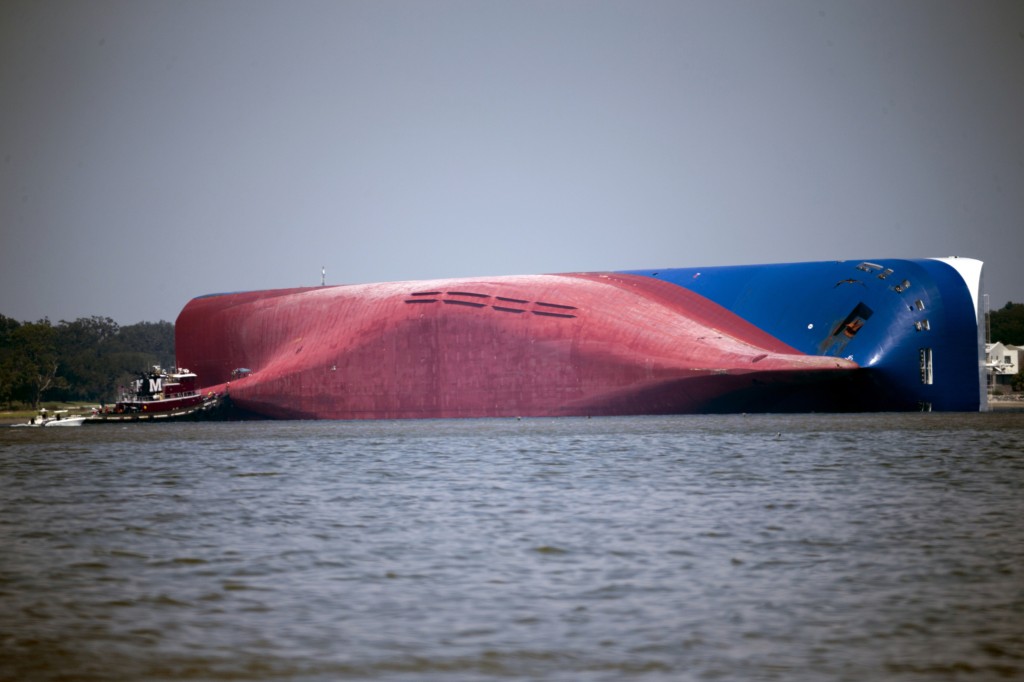 BRUNSWICK, Ga. (AP) — A foreman who oversees dock workers at Georgia's busy shipping terminal for automobiles said Tuesday he saw no problems as hundreds of cars and trucks were loaded onto the cargo ship Golden Ray shortly before the vessel overturned after leaving port a year ago.

The U.S. Coast Guard and National Transportation Safety Board are holding public hearings this week as they investigate what caused the South Korean vessel to capsize with 4,200 vehicles in its cargo decks after it departed the Port of Brunswick on Sept. 8, 2019.

All crew members on board were rescued safely. The ship and its cargo remain partly submerged in St. Simons Sound, waiting to be sawed into large chunks to be removed by barge.

Steve Farley, a foreman who oversaw the stevedore crew tasked with unloaded and loading the Golden Ray before its final voyage, told investigators Tuesday the workers rolled 280 vehicles off the ship the day before it departed and loaded 360 cars and trucks onto it.

The vehicles were lashed down in rows inside the cargo hold, with straps across each one's front and back ends, The Brunswick News reported. Asked if anyone noticed the vehicle listing to one side, Farley said there was no indication of any imbalance.

“I didn’t notice any listing,” Farley said. “Nothing out of the ordinary. I’ve seen ships list a lot and we’ll stop working if that happens.”

Tuesday marked the second day of testimony in hearings that are scheduled to continue into next week. The Coast Guard has not said during the proceedings why it suspects the ship overturned.

On Monday, investigators played audio from the vessel's black box in which sailors could be heard shouting above blaring alarms and other loud noises as the Golden Ray leaned to its starboard side and ultimately capsized over the course of several minutes.

It could take another year before investigators publish a report of their findings, with recommendations aimed at improving safety.

Separate from the investigation, a multiagency command has spent the past year making plans to carve the ship into eight giant chunks to be hauled away by barges. Officials hope to begin the first cut sometime in October.