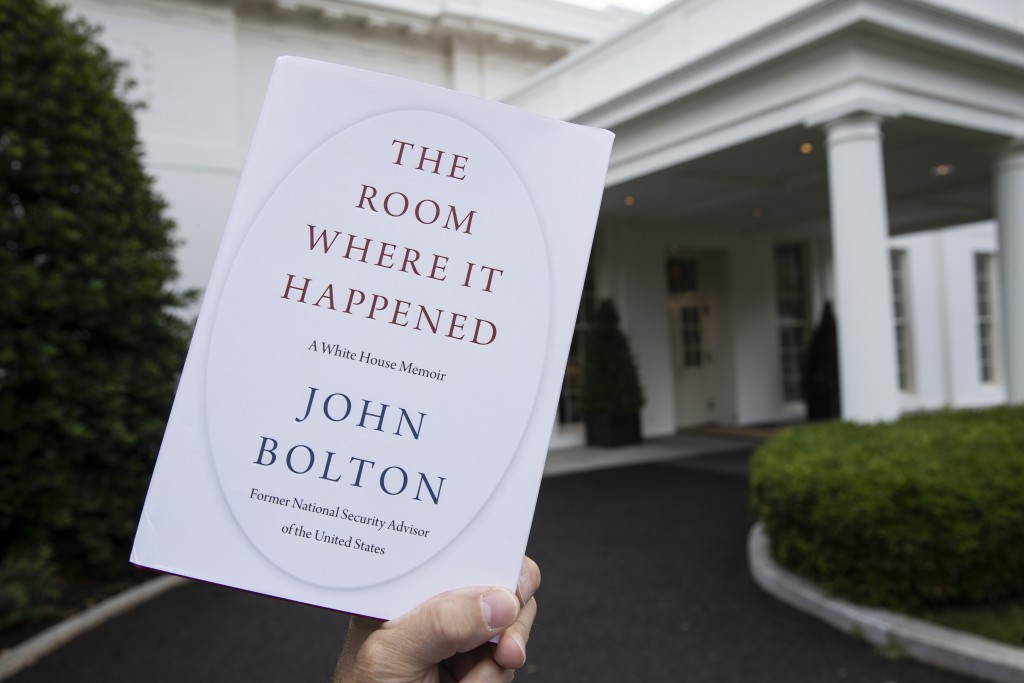 The statement from Bolton's attorney, Charles Cooper, followed reports in The New York Times and The Wall Street Journal that a federal grand jury had subpoenaed communications records from Simon & Schuster, which published Bolton's book, “The Room Where it Happened,” in June.

The Associated Press could not immediately confirm those reports, and the Justice Department declined to comment.

“We are aware of reports that grand jury subpoenas have been issued seeking information concerning the publication of Ambassador Bolton‘s recent book," Cooper said in a statement. "Ambassador Bolton emphatically rejects any claim that he acted improperly, let alone criminally, in connection with the publication of his book, and he will cooperate fully, as he has throughout, with any official inquiry into his conduct.”

The Trump administration has maintained for months that Bolton's book, which offers a behind-the-scene account of Trump's interactions with foreign leaders, contains classified information that could jeopardize national security. Bolton legal team has said he spent months addressing White House concerns about classified material and said he was assured in April by the official with whom he had been working that the manuscript was free of such information. It was only later, Bolton's lawyers say, that other White House officials told him the book still included classified government secrets.

The Justice Department sued unsuccessfully to block the release of the book. U.S. District Judge Royce Lamberth rejected that request in part because hundreds of thousands of copies had already been distributed. But the judge nonetheless made clear his concerns that Bolton had taken it upon himself to publish his memoir without formal clearance from a White House that says it was still reviewing it for classified information.

“Defendant Bolton has gambled with the national security of the United States. He has exposed his country to harm and himself to civil (and potentially criminal) liability,” Lamberth wrote. “But these facts do not control the motion before the Court. The government has failed to establish that an injunction will prevent irreparable harm.”