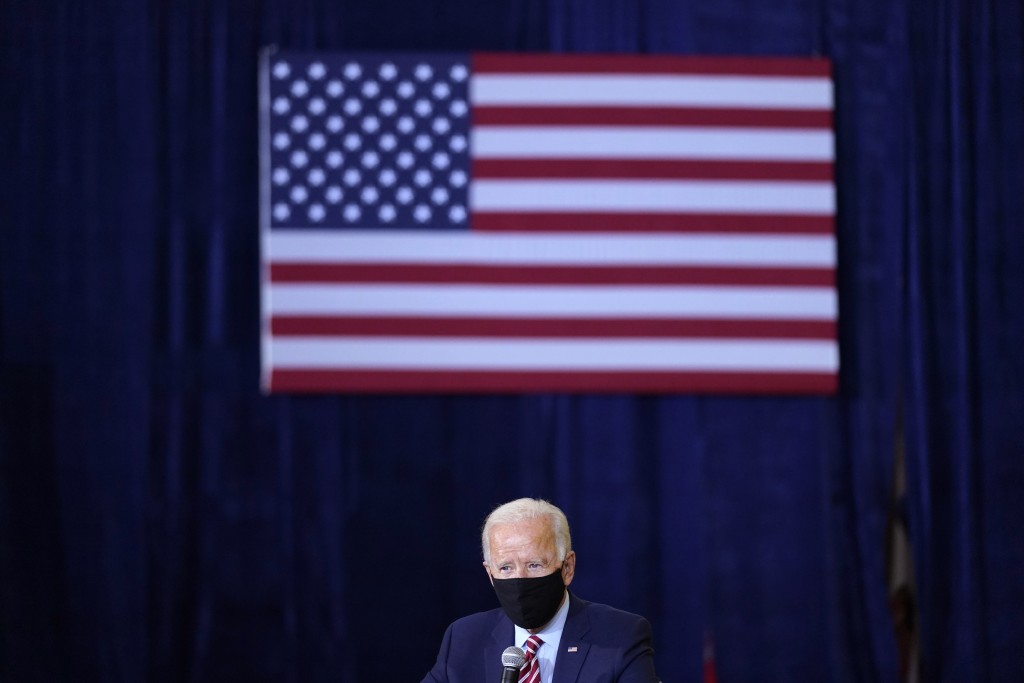 WASHINGTON (AP) — The Latest on the 2020 presidential campaign (all times local):

Joe Biden is tearing into President Donald Trump for his reported remarks referring to fallen soldiers as “suckers.”

Biden held a roundtable in Tampa, Florida, focused on veterans in his first visit back to the battleground state since he became the Democratic presidential nominee.

Biden says Trump “doesn’t seem to be able to conceive the idea of selfless service,” referencing Trump’s reported comments calling fallen World War I soldiers “suckers” and “losers.” Trump has denied the comments, but many were confirmed independently by The Associated Press.

Biden went on to outline his commitments to the troops and his own experience supporting service members and their families as vice president. He spoke about his late son Beau’s service in the Delaware Army National Guard, declaring that “he’s no sucker.”

Biden says troops “deserve a commander in chief who respects their sacrifice” and “will never betray the values they defend.”

In an interview with Politico on Tuesday, Jen O’Malley Dillon says, "I welcome the bed-wetting,” referring to worries among even some of Biden’s supporters. She says it shows people “understand what’s at stake.”

But she insisted the campaign and Democratic Party infrastructure is reaching voters in battleground states, including Florida, even without knocking on doors or holding large in-person events. Further, she turned the question back on President Donald Trump and his open flouting of public health guidelines during the pandemic.

“I was horrified to see the pictures from last night,” she said of Trump’s indoor rally in Arizona, where masks were sparse and social distancing was not observed. “People will die because of these types of events, and that’s from the president of the United States."

She says Trump's actions surrounding the coronavirus pandemic are “emblematic of his lack of leadership” and she says the campaign will stay focused on that.