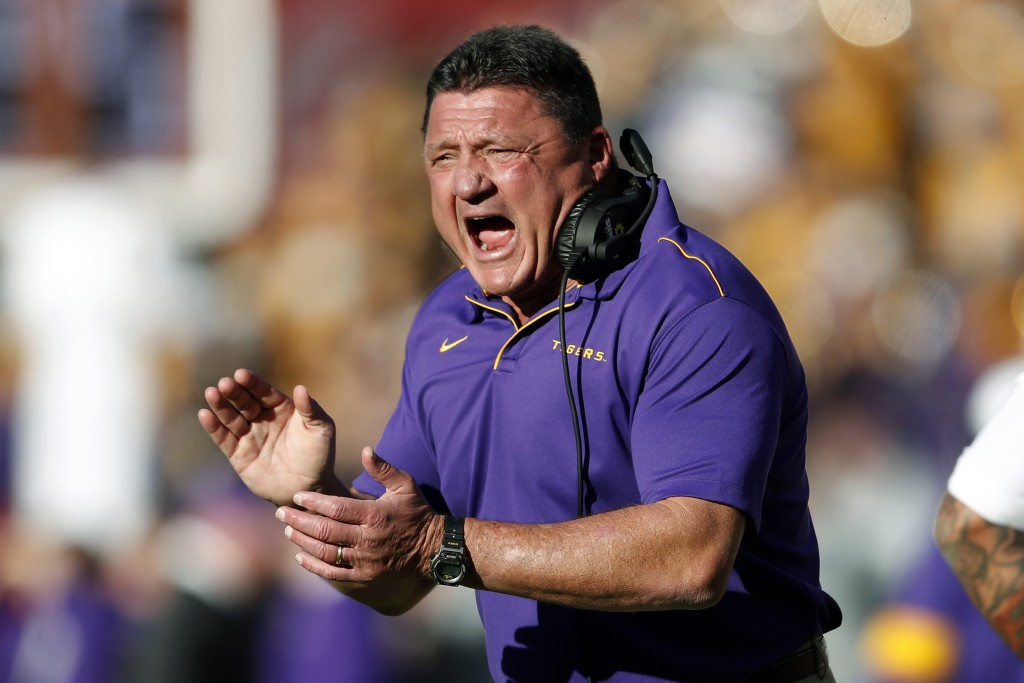 BATON ROUGE, La. (AP) — LSU defensive lineman Neil Farrell has rejoined the team after initially opting out more than a month ago, but his readiness for the season opener against Mississippi State on Sept. 26 remains to be seen, coach Ed Orgeron said Tuesday.

“He’s got to earn his way back,” Orgeron said. “He’s going to have to start at the bottom of the depth chart and work his way up.”

The 6-foot-4, 319-pound Farrell was a projected starter who had seven tackles for losses and three sacks while leading linemen with 46 tackles last season.

Farrell opted out on Aug. 8 amid concerns about COVID-19, which caused his grandmother to be hospitalized. At that time it was seen as a considerable loss for No. 6 LSU, with Farrell widely viewed as one of the better players at his position in the Southeastern Conference.

The defending champion Tigers' defensive line took another hit in late August when Tyler Shelvin opted out, indicating that he was going to turn his attention to preparing for the 2021 NFL draft. But Orgeron said Tuesday he has heard “rumblings” from Shelvin's family — but not the player himself — that Shelvin might opt back in.

“We’d take him back, obviously," Orgeron said. "We want him back.”

The 6-3, 346-pound Shelvin was among LSU's most reliable linemen as a sophomore last season, starting 13 games at nose tackle and making 39 tackles, including three for losses.

Orgeron noted, however, that if Shelvin chose to return, his eligibility would have to be reviewed by compliance officials to determine that he has not had improper dealings with professional sports agents.

The news was not all positive for that same position group, however. Orgeron confirmed that Nelson Jenkins has left the team. The 6-4, 300-pound Jenkins did not play last season as a freshman and has four years of eligibility remaining.