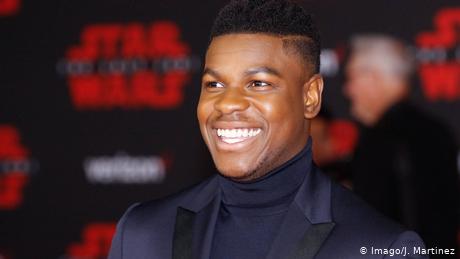 Star Wars actor John Boyega said on Monday that he had quit as an ambassador for a leading perfume brand after they edited him out of a Chinese commercial without his knowledge.

The Black British actor, who rose to fame playing Finn in the latest sequels of the sci-fi series, shot the video personally in London last year.

Read more: Star Wars Episode IX: Is it really over?

But when the commercial for Jo Malone appeared in China, it has been completely re-shot and featured Liu Haoran in Boyega's place.

The 28-year-old said he had now resigned as his role as a global brand ambassador, accusing the firm of failing to tell him of their plans.

"Their decision to replace my campaign in China by using my concepts and substituting a local brand ambassador for me, without either my consent or prior notice, was wrong," he wrote on Twitter.

"The film celebrated my personal story — showcasing my hometown, including my friends, and featuring my family."

Jo Malone, which is owned by US cosmetics giant Estee Lauder, has since apologized to Boyega and pulled the Chinese version of the commercial.

The Hollywood Reporter magazine said the London-born star only found out about the Chinese rework of his film after discovering it on Twitter.

"We deeply apologize for what, on our end, was a mistake in the local execution of the John Boyega campaign," Jo Malone said in a statement to the US media outlet. "The concept for the film was based on John's personal experiences and should not have been replicated."

Read more: 'The Force Awakens' - the hype was justified

"While we immediately took action and removed the local version of the campaign, we recognize that this was painful and that offense was caused," it added.

History of conflict with China

Boyega said earlier in September that black actors were being "pushed to the side" by movie producers.

And in 2016, he found himself in a similar row when Chinese authorities reworked a poster for the Disney-produced "The Force Awakens", which was the first in the latest trilogy of Star Wars movies.

The black actor's image had been shrunk to a much smaller size on the Chinese version of the posters.

He was in the headlines again last June, after a speech in London's Hyde Park supporting the Black Lives Movement went viral.