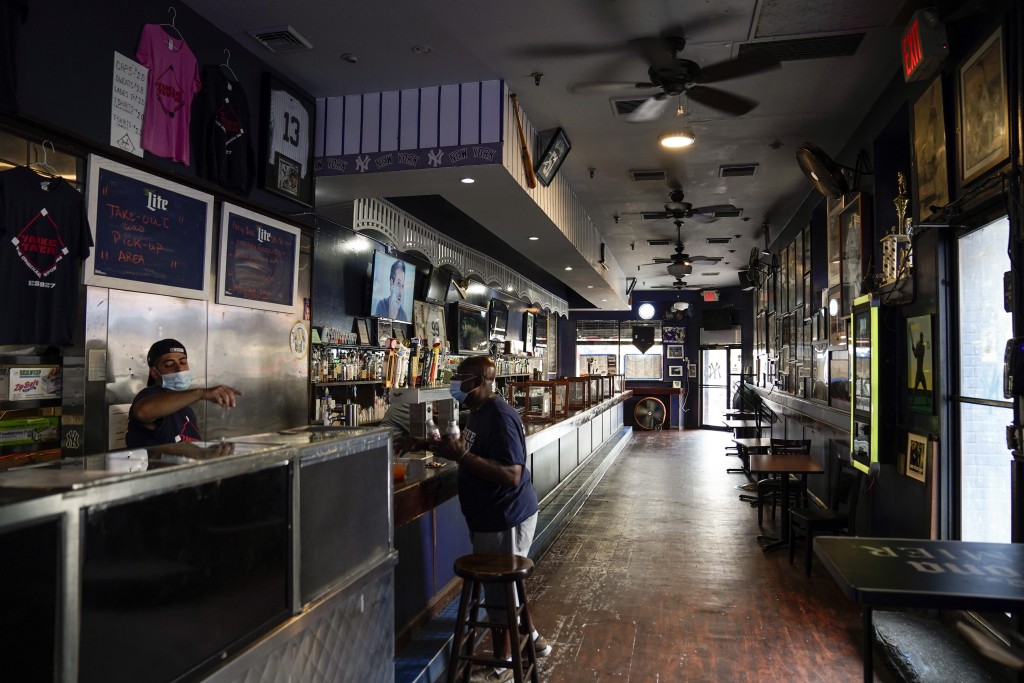 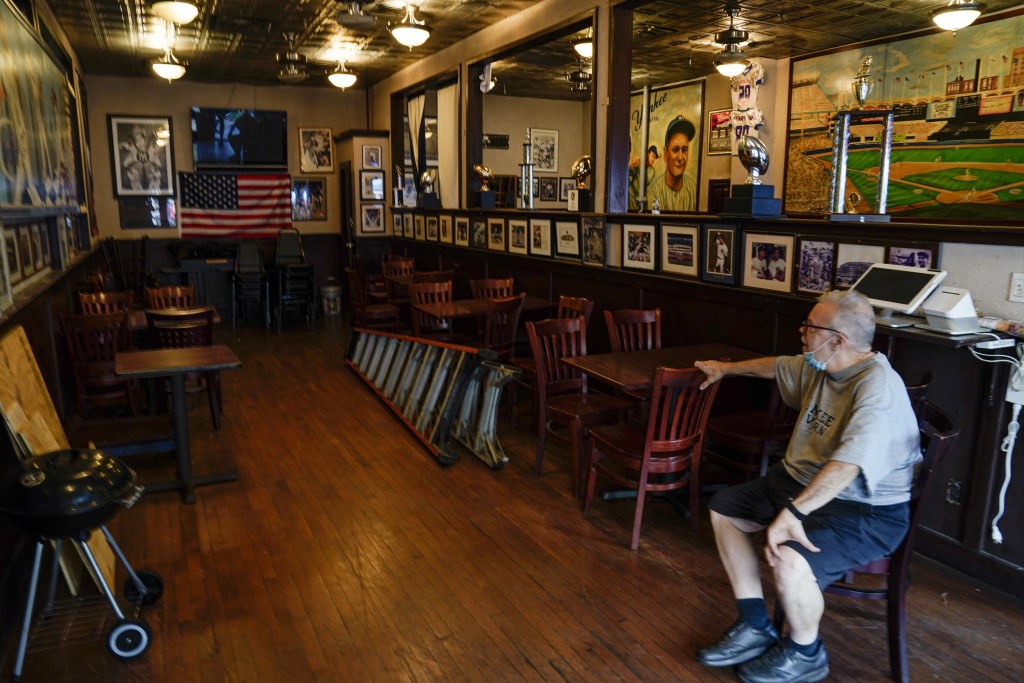 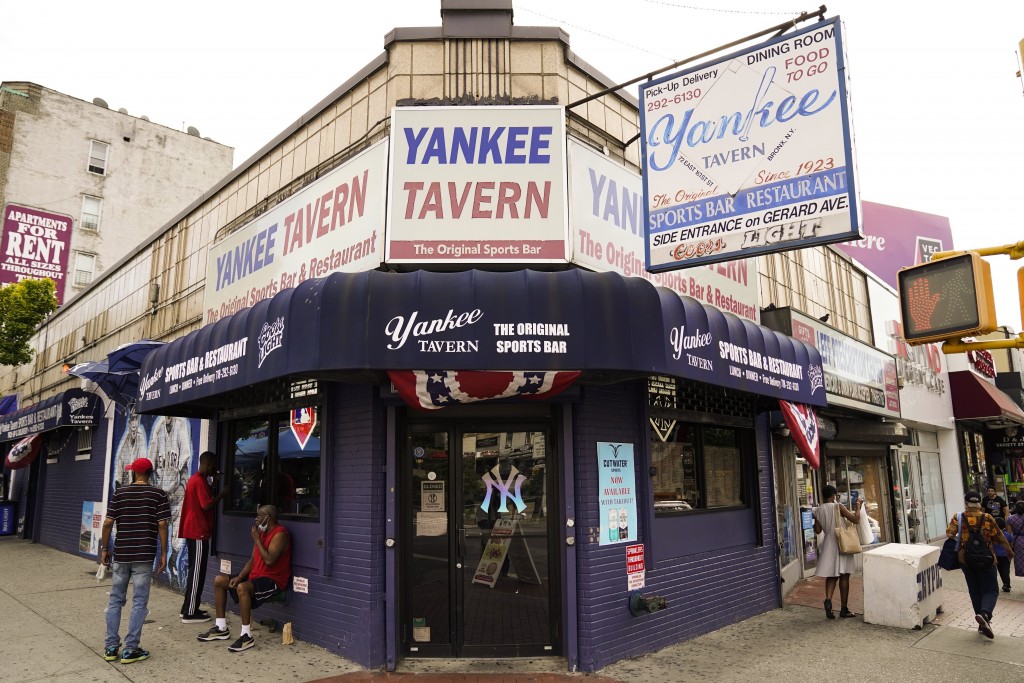 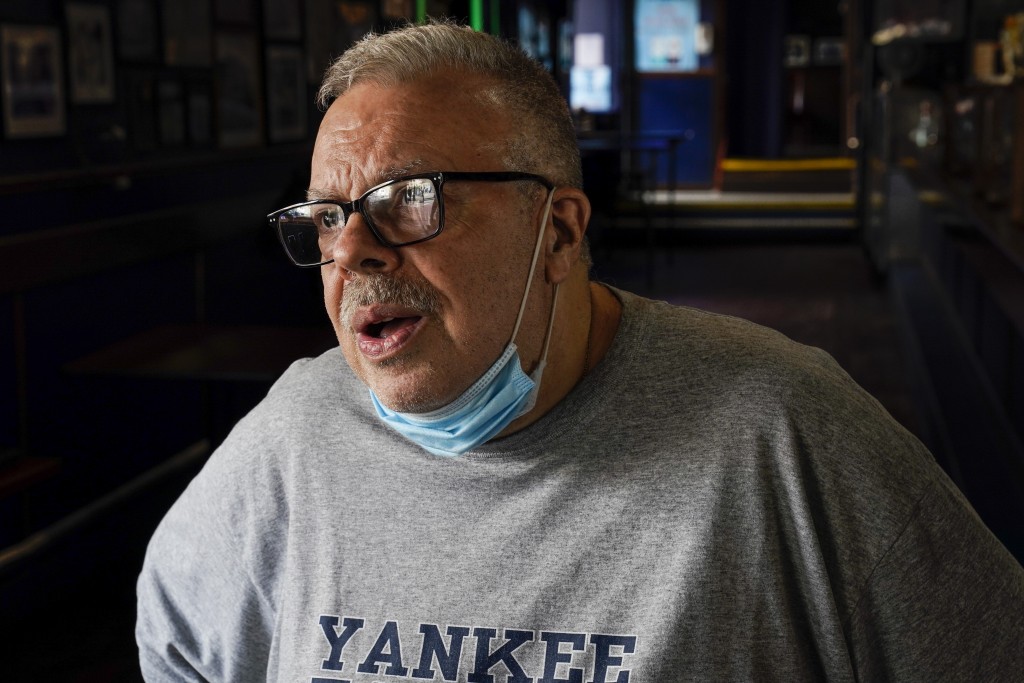 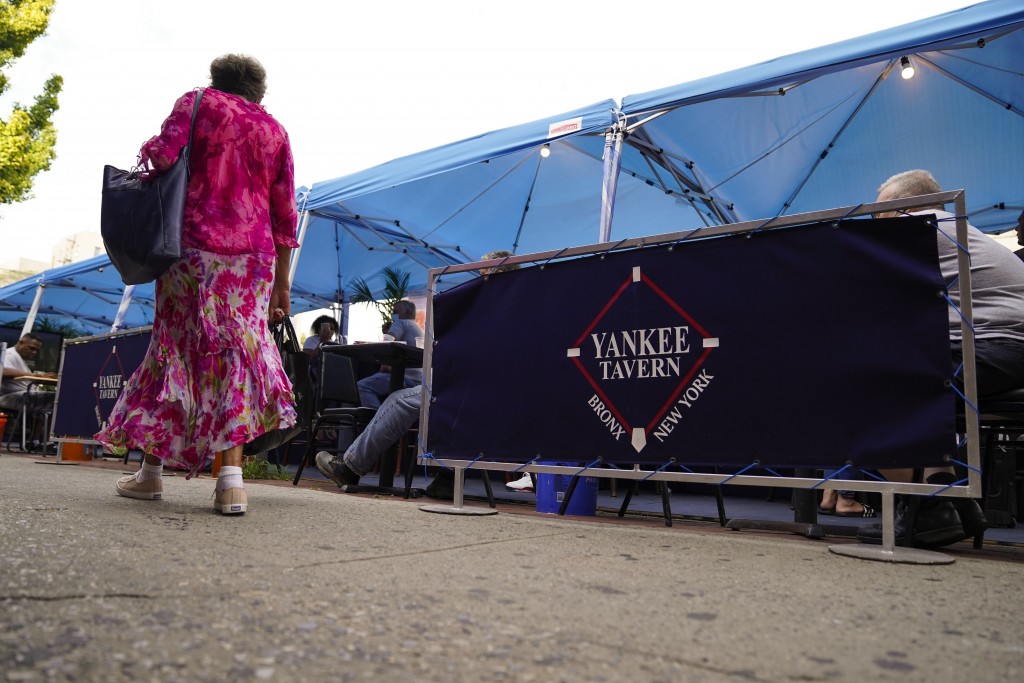 NEW YORK (AP) — The manager stands behind the counter at Ballpark Sports Shop on River Avenue, pinstriped jerseys fully stocked on the racks around him. The inventory is worth hundreds of thousands of dollars, but on this day, he'll be lucky to sell a few $20 hats.

Around the corner on 161st Street, the owner of Yankee Tavern sits in his empty dining room. He's served as many as 2,000 people on game days in his 93-year-old establishment. On this night, he had 20 seated under a tent outside.

Meanwhile, the lights inside Yankee Stadium shined brightly. The ballpark usually brings nearly 50,000 fans per night to the Bronx. This summer, it's become little more than an oversize television studio.

Baseball in the Bronx is usually big business for shops and restaurants outside the storied stadium, but with fans stuck at home due to the coronavirus pandemic, those establishments aren't sure they'll survive. Desperate for aid, some are even begging for assistance from the Yankees themselves.

“It’s all going to vanish unless somebody helps out,” said Cary Goodman, executive director of the 161st Street Business Improvement District.

Many souvenir shops and sports bars in the area haven't bothered to reopen since the coronavirus forced their closure in March, and those that have are hardly drawing any customers.

Sam Abbadi, the store manager at Ballpark Sports Shop, leaned over the counter prior to a Mets-Yankees game last month and said he hadn't made a single sale all day.

“To be honest with you, we are in trouble,” Abbadi said. “Everyone is. All the sports bars, the souvenir shops, the restaurants around here. All the businesses on 161st (Street), without the Yankees, are nothing.”

Yankee Tavern has been slightly busier, but the outlook is essentially the same.

The Tavern has been in business since 1927 and was once a watering hole for Yankee greats Babe Ruth, Joe DiMaggio and Mickey Mantle. But during a recent Red Sox-Yankees game, Bastone estimated he was doing about 5% of his normal business.

The Tavern has burned through its $31,000 in Paycheck Protection Program loans, and already owes over $150,000 in back rent, Bastone said. The longtime owner is skeptical limited outdoor service can keep the Bronx's oldest drink spot afloat.

“We’re trying to go for 100,” Bastone said. “Keeping our fingers crossed we make it.”

Goodman, who has led the 161st Street BID since 2009, thinks the Yankees owe it to their neighbors to step in and help.

They've done it before. When Nike became Major League Baseball's official uniform supplier last offseason, souvenir shops outside Yankee Stadium feared they'd be unable to acquire merchandise to sell as part of the new deal. Goodman shared the concern with the Yankees, and the team stepped in to ensure the shops would continue to have access to official MLB jerseys.

“We were ecstatic, but it turned out to be a Pyrrhic victory,” Goodman said. “They ordered hundreds of thousands of dollars in merchandise, and they’re stuck with it."

After efforts to procure city-based emergency grants for the shops and bars mostly failed, Goodman said he has reached out twice to the Yankees, hoping to get aid to help the souvenir shops and bars nearby.

The ballclub has been active in local coronavirus relief efforts. It has worked with the Bronx Chamber of Commerce to provide relief for small businesses, contributing $75,000 toward emergency relief grants, helping organize pro bono legal aid and launching a virtual town hall to educate local business owners on how best to navigate the pandemic.

“We've made substantial contributions of resources totaling millions of dollars that have been dedicated to support related efforts to the COVID pandemic,” said Brian Smith, Yankees senior vice president of corporate and community relations.

“We’ve been nonstop, day in and day out working with our neighbors and viable partners to get things done,” he added.

Still, Goodman has asked Mayor Bill De Blasio for help in getting the team to contribute more to the city's coffers, and he is organizing a protest outside Yankee Stadium prior to Thursday's game, hoping to pressure the club into providing direct assistance to the shops and bars that usually benefit from the throngs of fans who aren't coming to the Bronx this summer. Goodman estimates that saving the businesses along 161st Street could take as much as $10 million.

“That would stop the bleeding for all the small businesses that depend on their trade coming through the stadium,” Goodman said.