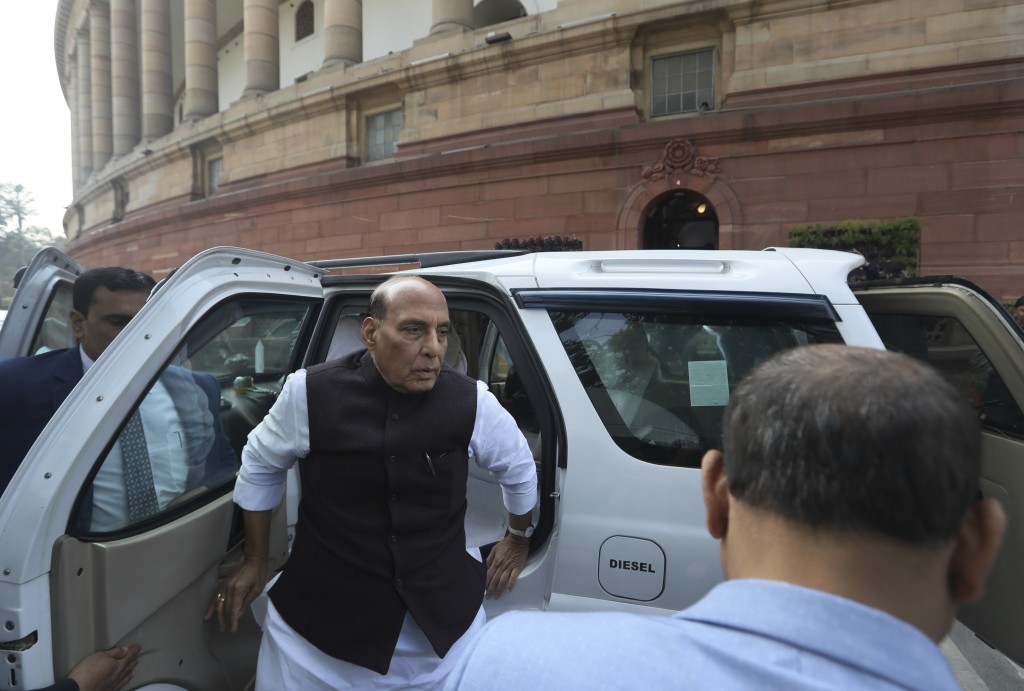 NEW DELHI (AP) — India’s defense minister accused China on Tuesday of violating past border agreements and expanding its troop deployments along a disputed mountainous frontier in the Ladakh region where the two countries have been locked in a military standoff for months.

Rajnath Singh told Parliament that India has informed China through diplomatic channels that its “attempts to unilaterally alter the status quo were in violation of the bilateral agreements.” He also said India has made counter-deployments along the rugged frontier and its troops have foiled “transgression attempts by China.”

“We should be confident that our armed forces will handle the situation successfully,” Singh said.

India and China have been embroiled in a tense border standoff in Ladakh, where in June they had their deadliest clash in decades. The Asian giants have accused each other of sending soldiers into rival territory and firing warning shots for the first time in 45 years, threatening a full-scale military conflict.

On Sept. 5, Singh and his China counterpart, Gen. Wei Fenghe, met in Moscow to discuss ways to lower tensions. It was the first high-level direct contact between the two sides since the standoff.

Days later, the foreign ministers of the two countries also met in Moscow. They agreed to deescalate border tensions, but a settlement of the impasse is expected to be a long process.

In Beijing, foreign ministry spokesperson Wang Wenbin said at a daily briefing Tuesday that China hopes that India "will earnestly implement the consensus reached by the foreign ministers of the two sides, meet China halfway, and make concrete efforts to ease the situation.”

Relations between the two countries have often been strained, partly due to their undemarcated border.

They fought a border war in 1962 that spilled into Ladakh and ended in an uneasy truce. Since then, troops have guarded the undefined border area, occasionally brawling. They have agreed not to attack each other with firearms.

Soldiers from the two sides fought in May and June with clubs, stones and their fists. A clash on a high ridge on June 15 left 20 Indian soldiers dead. China is believed to have also suffered casualties, but has not given any details.

After that clash, the two countries partially disengaged from the site in the Galwan Valley and at least two other places, but the crisis has continued in at least three other areas, including glacial Pangong Lake.

Singh said the countries have resolved to keep peace and tranquility along their border but haven’t been able to find a mutually acceptable solution.

He said the impasse was due to differing perceptions of the fiercely contested Line of Actual Control that separates Chinese and Indian-held territories from Ladakh in the west to India’s eastern state of Arunachal Pradesh.

Singh said India had built roads, bridges and other infrastructure along the border.

“We are fully prepared to protect the sovereignty and territorial integrity of our country,” he said.