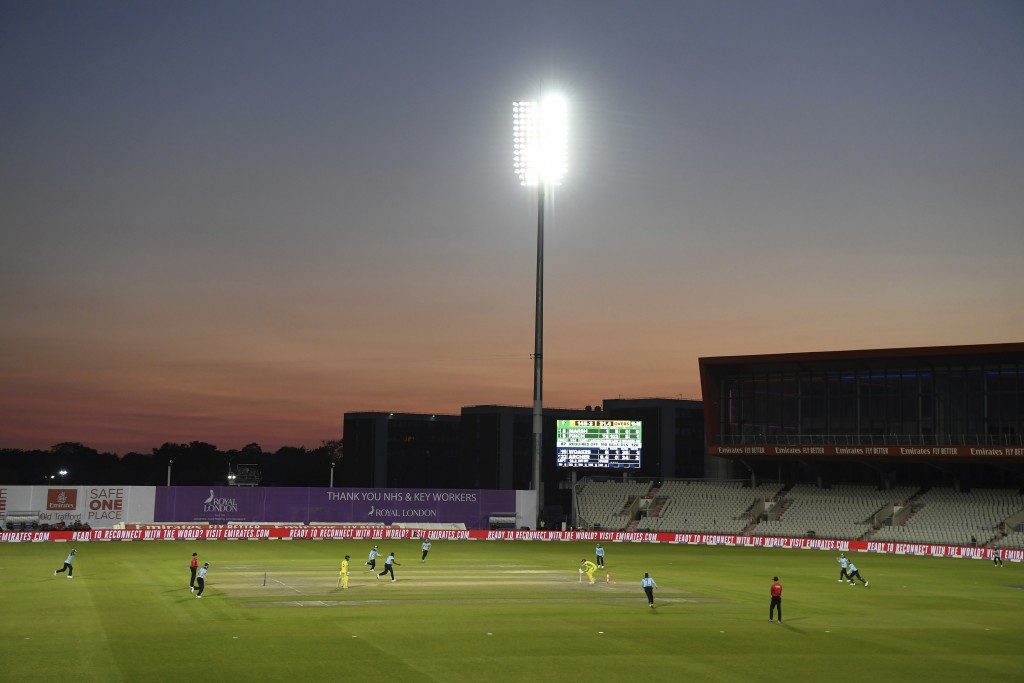 LONDON (AP) — English cricket’s governing body is proposing a 20% cut to its workforce in response to the financial impact of the coronavirus outbreak which it says is the sport’s “most significant challenge of the modern era.”

A total of 62 positions are to be removed at the England and Wales Cricket Board, chief executive Tom Harrison said on Tuesday, as part of efforts to become a “leaner and more agile organization” and “safeguard the future of our sport.”

“It is now an irrefutable fact … that the impact of this pandemic is significant and will be long-lasting,” Harrison said. “There is also deep uncertainty about the future, and it is vital we take more steps now to ensure the future financial sustainability of cricket in England and Wales.”

The England men have managed to play their full international schedule this summer -- featuring matches across various formats against the West Indies, Ireland, Pakistan and Australia -- but they have been in empty grounds.

The county game made a belated return, again in mostly empty stadiums.

The ECB had to postpone the launch of The Hundred — a new competition introduced to much fanfare and no little cost — and hasn't been able to fully capitalize on England’s triumph at the Cricket World Cup last year.

“The position we had created to come together as a game and grow cricket on the back of a remarkable year in 2019 was truly game-changing,” Harrison said. “Our ambition and energy are unchanged, but how we get there now needs to look significantly different to what we originally planned for.”