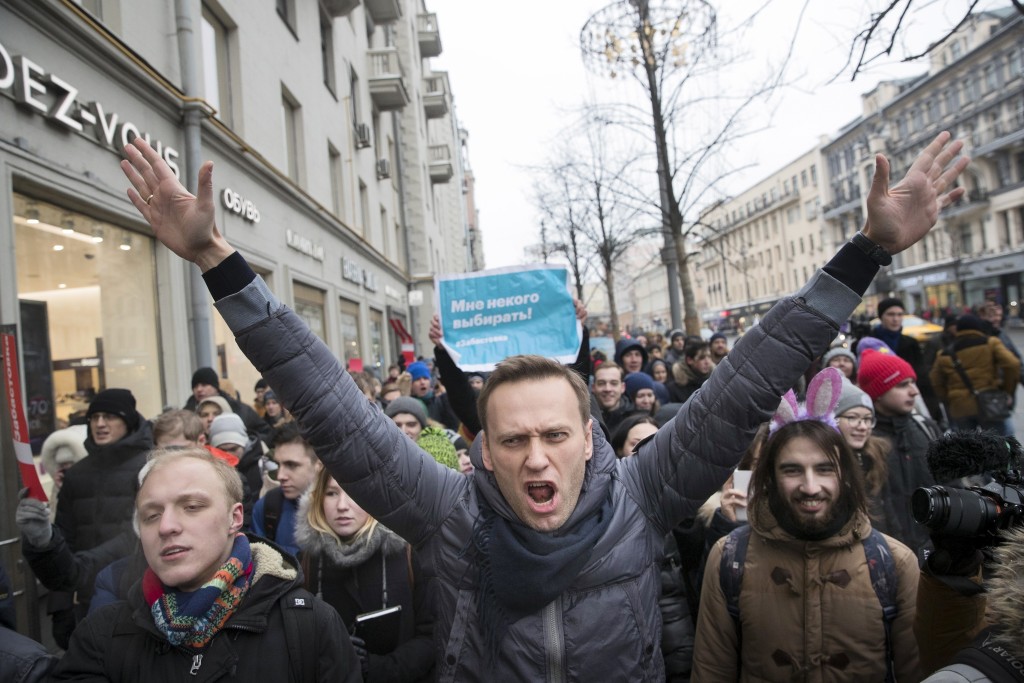 BERLIN (AP) — Russian opposition leader Alexei Navalny on Tuesday posted a picture of himself in a hospital in Germany and said he was breathing on his own.

He posted on Instagram Tuesday: “Hi, this is Navalny. I have been missing you. I still can’t do much, but yesterday I managed to breathe on my own for the entire day.

"Just on my own, no extra help, not even a valve in my throat. I liked it very much. It’s a remarkable process that is underestimated by many. Strongly recommended.”

Navalny, 44, was flown to Berlin for treatment at the Charite hospital two days after falling ill on a domestic flight in Russia on Aug. 20.

A German military lab determined that Navalny was poisoned with Novichok, the same class of Soviet-era agent that Britain said was used on former Russian spy Sergei Skripal and his daughter in Salisbury, England, in 2018. On Monday, the German government said tests by labs in France and Sweden backed up its findings.

The Kremlin has bristled at calls from German Chancellor Angela Merkel and other leaders to answer questions about the poisoning, denying any official involvement.

Russian Foreign Minister Sergey Lavrov has accused the West of using the incident as a pretext to introduce new sanctions against Moscow.

The Kremlin said Putin in the call “underlined the impropriety of unfounded accusations against the Russian side” and emphasized Russia’s demand for Germany to hand over analyses and samples. Putin also called for joint work by German and Russian doctors.

Navalny’s spokesman, Leonid Volkov, refused to give any details on Navalny’s possible plans after his recovery when reached by The Associated Press on Tuesday.