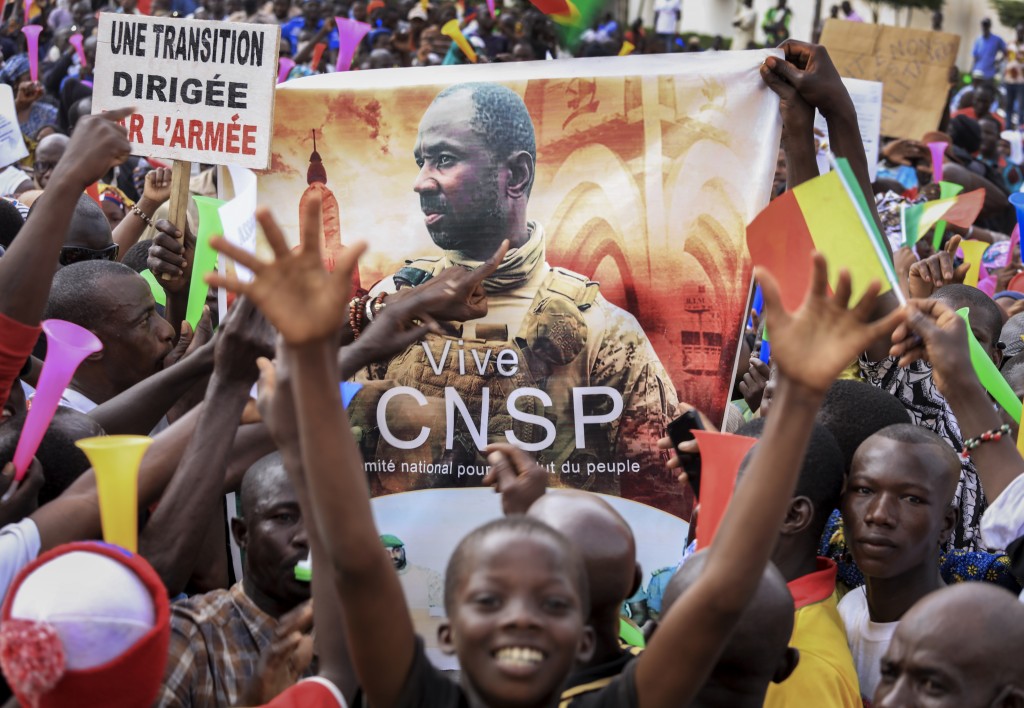 ABURI, Ghana (AP) — Mali's military rulers face a regional deadline for naming a civilian interim leader Tuesday, as the junta meet with West Africa leaders who maintain that new elections must be held within a year.

The 15-nation regional bloc known as ECOWAS had issued the ultimatum to Mali's military leaders after they initially proposed remaining in power for three more years. In recent days, the junta that seized power in an Aug. 18 coup has cut that timeline in half, but it is still longer than the year set by ECOWAS.

Another possible disagreement is over who will lead Mali's transition. The coup leaders say the interim president chosen to oversee the transitional government could come from the military, but the regional leaders have said the leader must be a civilian.

These issues are expected to be at the top of the agenda on Tuesday at the summit where the leaders of nine countries in the regional bloc are meeting in Ghana, whose president is the newly chosen ECOWAS chairman.

There has been widespread concern that the ongoing political upheaval in Mali will set back efforts to contain the country's growing Islamic insurgency. After a similar coup in 2012, Islamic extremists took advantage of a power vacuum and grabbed control of major towns in northern Mali.

Only a 2013 military intervention led by former colonizer France pushed extremists from those cities, and the international community has invested more than seven years into the fight against extremism there.

“The deterioration of the Malian socio-political crisis poses a serious threat to the region,” Ghanaian foreign minister Shirley Ayorkor Botchway said Monday ahead of the summit meeting, warning that the ramifications could extend to Burkina Faso and Niger.

ECOWAS had attempted to mediate Mali's political crisis back in July after growing street demonstrations called for the resignation of President Ibrahim Boubacar Keita. However, the political opposition made clear it would accept nothing short of his ouster, and mutinous soldiers capitalized on Keita's unpopularity when they launched the Aug. 18 coup.

Deep divisions have emerged in the weeks since between the opposition coalition and the junta leaders. Over the weekend, the opposition publicly criticized the junta for saying that the country's interim leader didn't have to be a civilian.