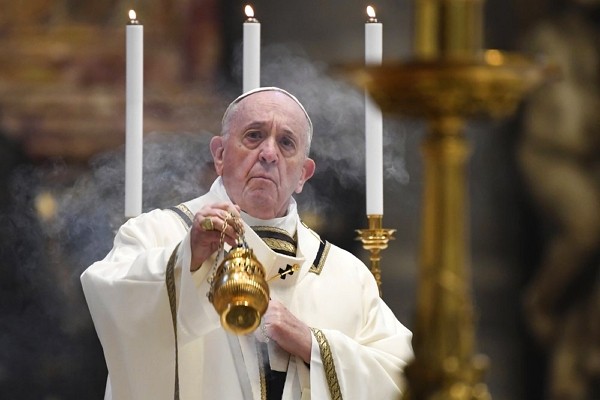 TAIPEI (Taiwan News) — Pope Francis has reportedly agreed to a two-year extension of a controversial deal with China on the appointment of Catholic bishops in the authoritarian country, according to Reuters.

The secret pact, signed between the Vatican and Beijing in September 2018, was the first public agreement between the two nations since they broke diplomatic ties in 1951 and allows the Pope to appoint and veto bishops approved by the Chinese Communist Party (CCP). Although pro-democracy activists have opposed the agreement and described it as a catalyst for further religious persecution in China, an unnamed senior Vatican official said Monday (Sept. 14) that Pope Francis has decided to go ahead with the renewal.

The source said the Vatican believes it is "prudent" to extend the deal two years past its expiration this month. He added that Hong Kong was not included in the extension, as many have feared, and that there were no changes made to the accord.

The source said careful evaluation went into the decision and it was not easy making deals with "an atheist communist regime" that treats religion as interference. He also pointed out that having a deal is better than no accord at all.

Since it took effect two years ago, the interim deal has raised concerns over the CCP's possible attempts to use it to crack down on worshippers outside the "patriotic" church. However, experts believe that the Vatican is treating it as an opportunity to repair relations with China after a nearly 70-year impasse.

Meanwhile, speculations about the Vatican's possible termination of diplomatic ties with Taiwan have also surfaced. In response, Taiwan's Ministry of Foreign Affairs (MOFA) said Tuesday (Sept. 15) that it maintains "smooth" communications with its sole European diplomatic ally and was assured the Holy See-China agreement does not concern politics, reported New Talk.