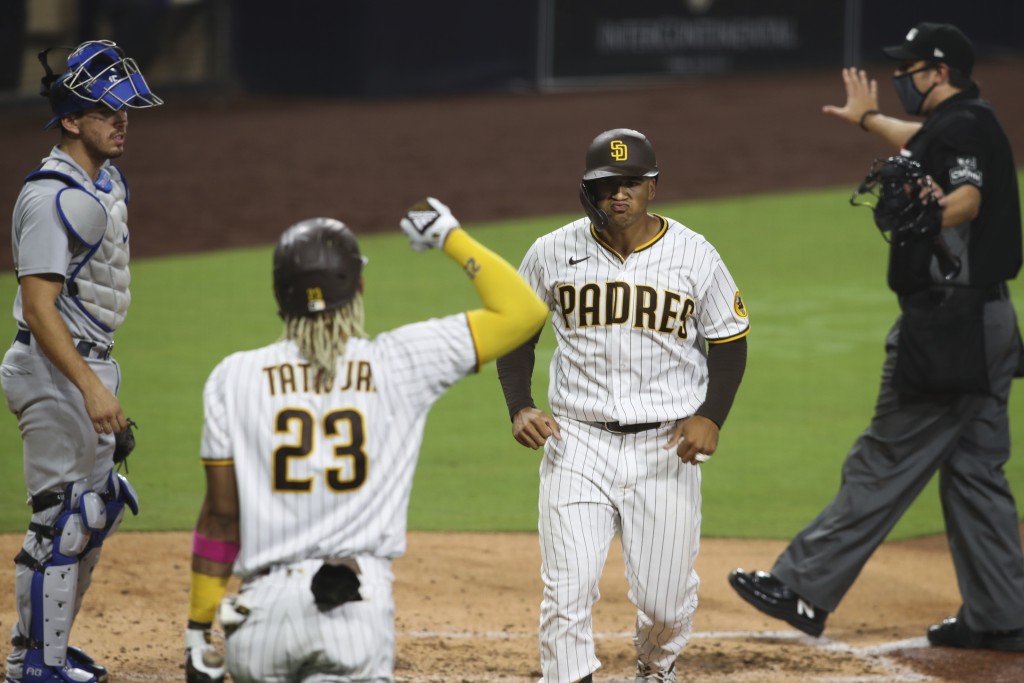 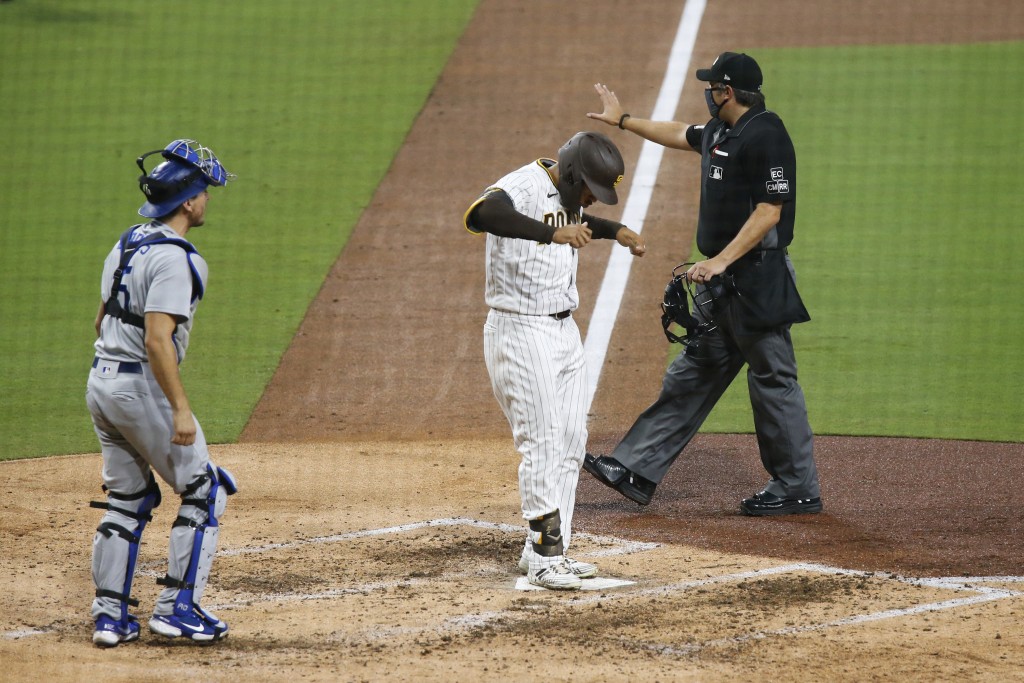 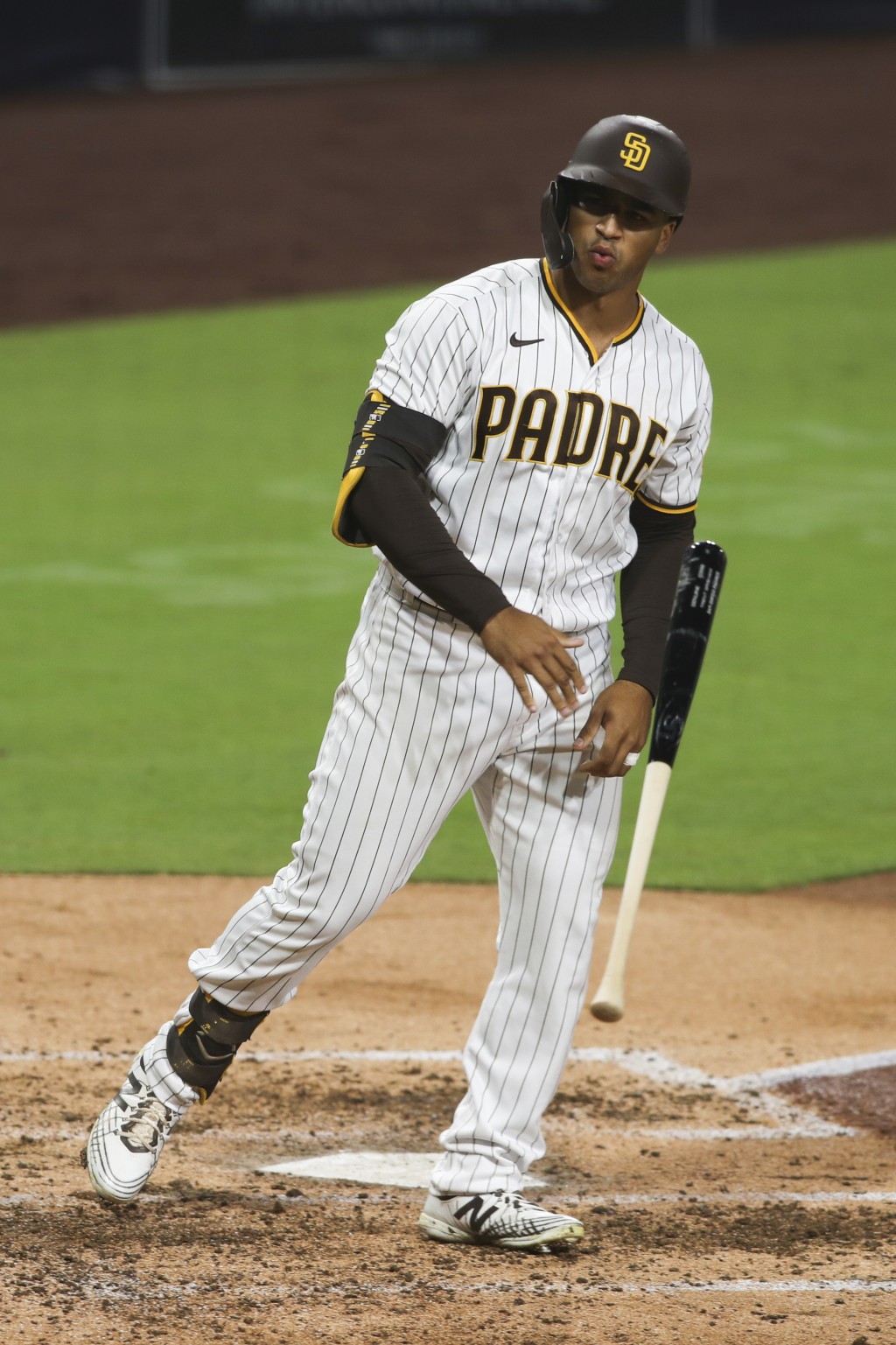 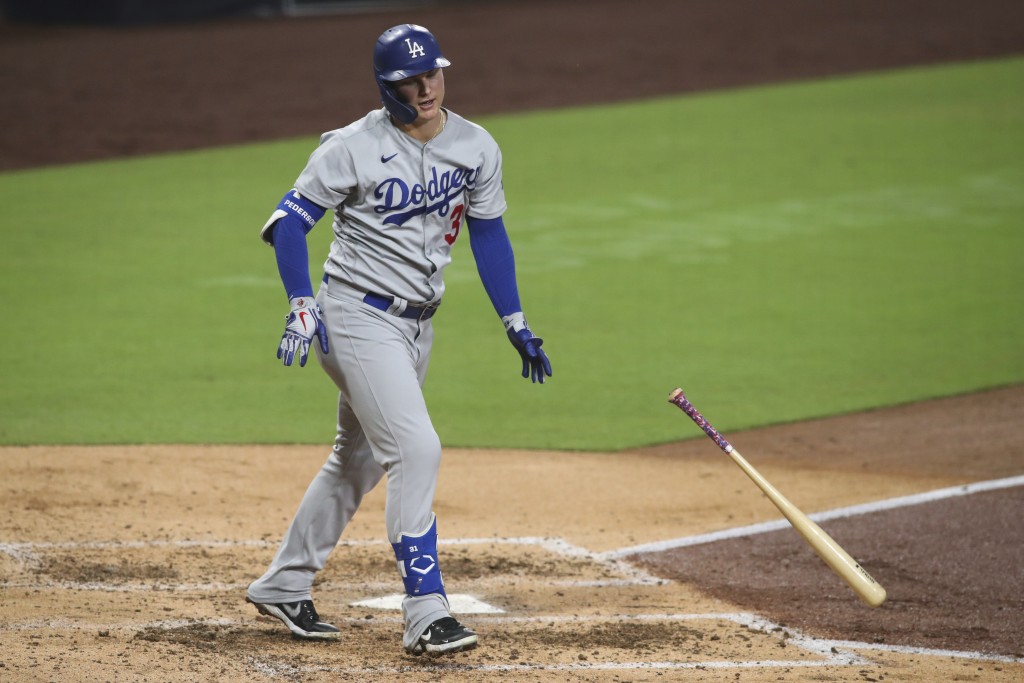 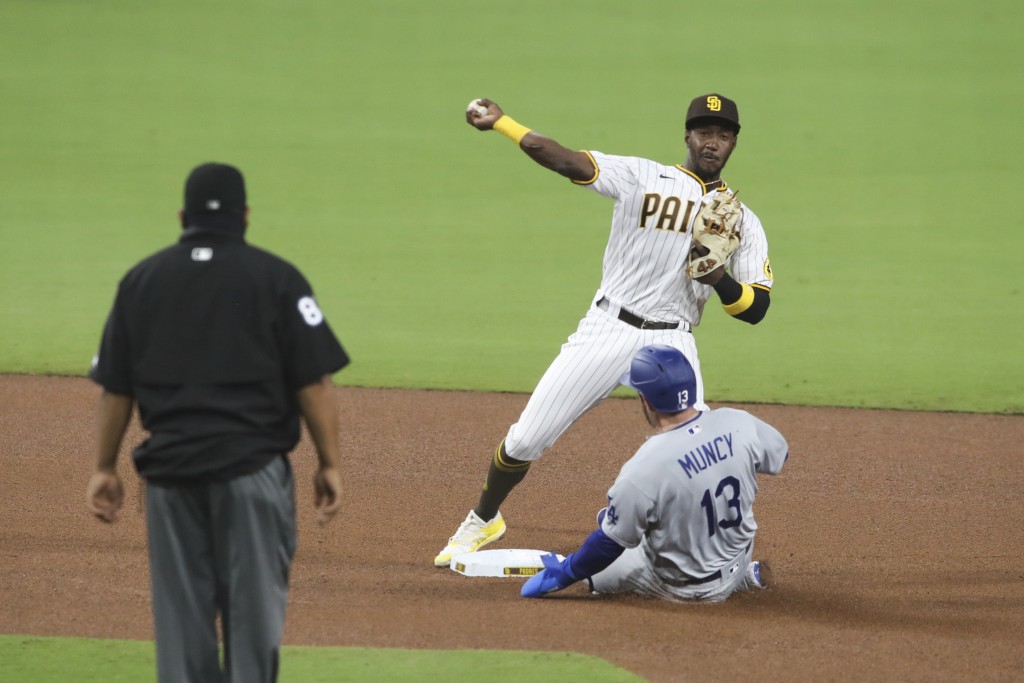 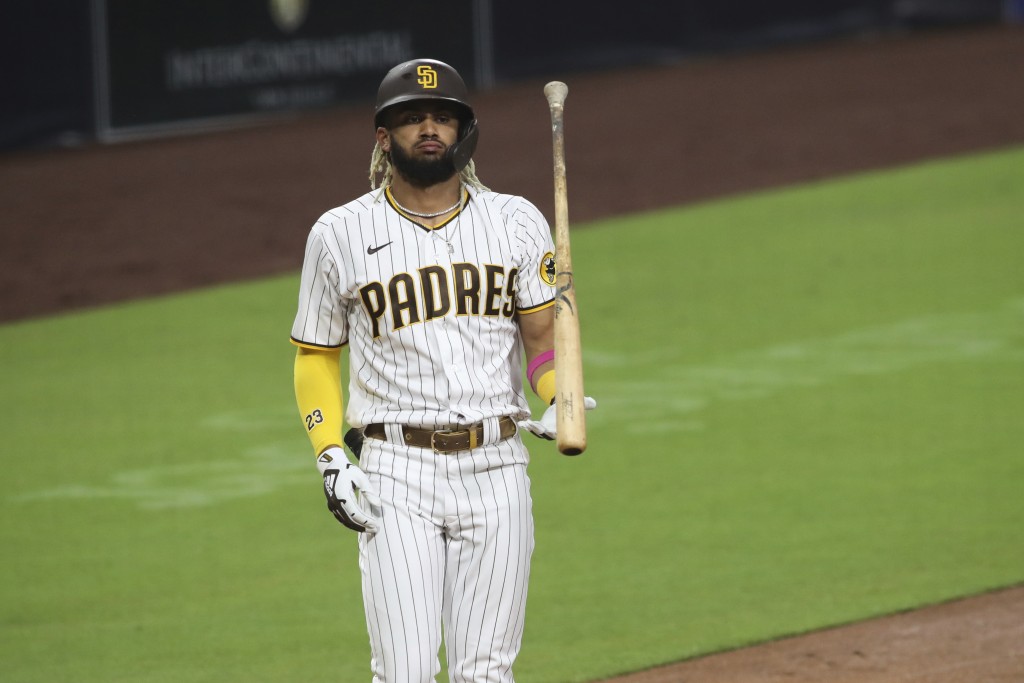 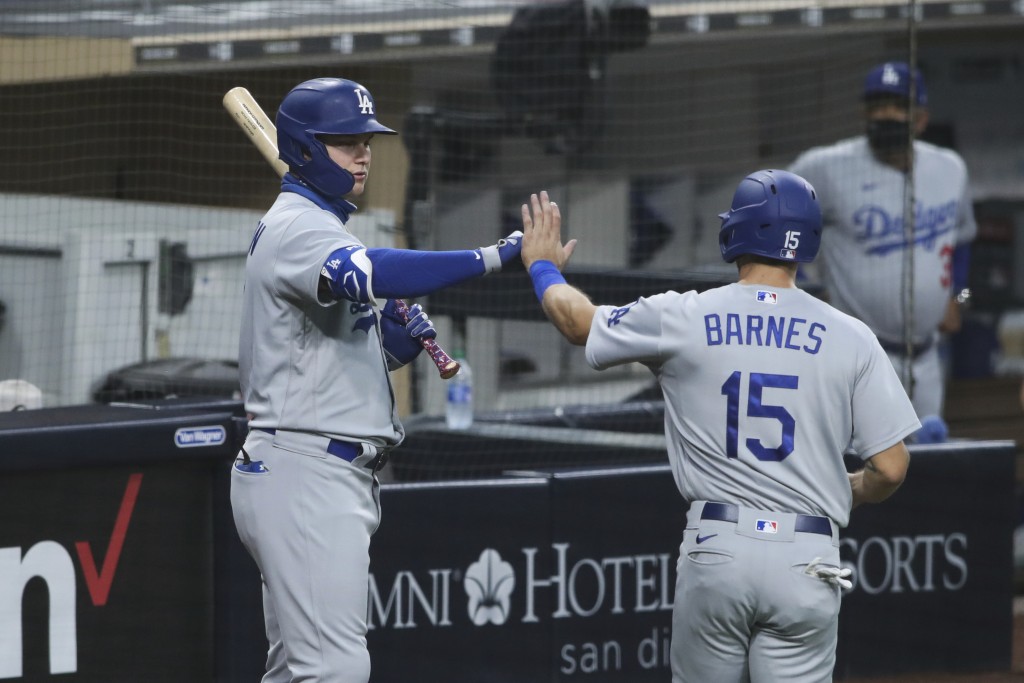 SAN DIEGO (AP) — Dinelson Lamet outpitched Clayton Kershaw, and rookie Jorge Oña hit a go-ahead double in a five-run seventh inning to lead the San Diego Padres to their eighth straight win, 7-2 against the Los Angeles Dodgers on Monday night in the opener of a series between the NL’s top two teams.

The Padres cut the Dodgers’ lead in the NL West to 1½ games. Trent Grisham added some spice to the rivalry when he hit a tying home run off Kershaw in the sixth and said something to the Dodgers’ dugout as he headed for home. The Padres have won 12 of 14.

Lamet (3-1) got the victory thanks to a seventh-inning outburst that chased Kershaw (5-2). Lamet matched his season strikeout high with 11 while holding the Dodgers to one run and three hits while walking only two.

Wil Myers added a solo homer in the eighth, his 13th.

Myers hit a leadoff single and Jurickson Profar had a one-out base hit to chase Kershaw in the seventh. Oña greeted Pedro Baez by lofting a double down the left-field line to give San Diego a 2-1 lead, and the Padres kept adding on.

Pinch-hitter Greg Garcia hit a grounder to first baseman Max Muncy, who couldn’t decide whether to throw home or touch first, allowing Profar to score. Grisham hit a grounder to Muncy, who tried to get Garcia at second but threw the ball into left field for an error that allowed Oña to score. Manny Machado hit a bases-loaded RBI single, and Austin Nola’s fielder’s choice brought in the final run of the inning.

Kershaw allowed three runs and five hits in 6 1/3 innings. He struck out nine and walked none.

The left-hander was cruising with a two-hit shutout before Grisham homered to right field leading off the sixth to tie it at 1. Grisham posed for a second, looking toward the Padres’ dugout, before beginning his trot. He said something to the Dodgers’ dugout just before hopping onto the plate. It was his ninth.

The Padres had a prime chance against Kershaw an inning earlier when rookie Jake Cronenworth hit a leadoff double. But Kershaw got Profar to fly out and then struck out rookies Oña and Jorge Mateo.

The Dodgers broke through against Lamet in the third when Austin Barnes walked with one out, went to third as Mookie Betts flared a double down the right-field line and scored on Corey Seager’s groundout.

Dodgers: RHP Tony Gonsolin (2-3, 5.23 ERA) is scheduled to start Tuesday night. He threw 4 2/3 scoreless innings against the Padres and struck out eight on Aug. 12 but didn’t factor into the decision in a 6-0 win.