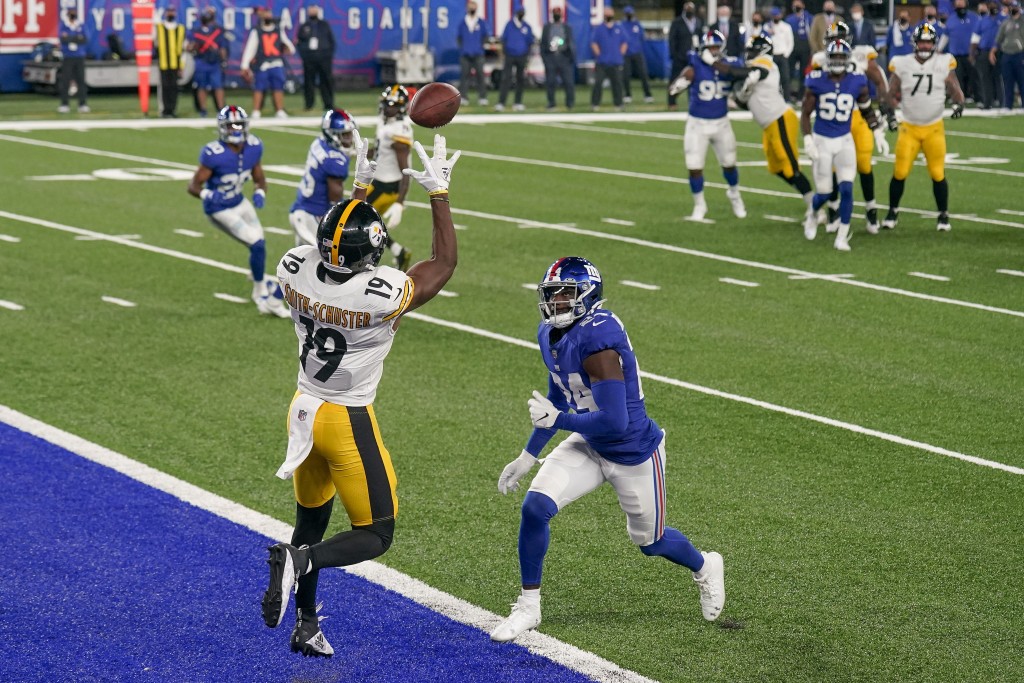 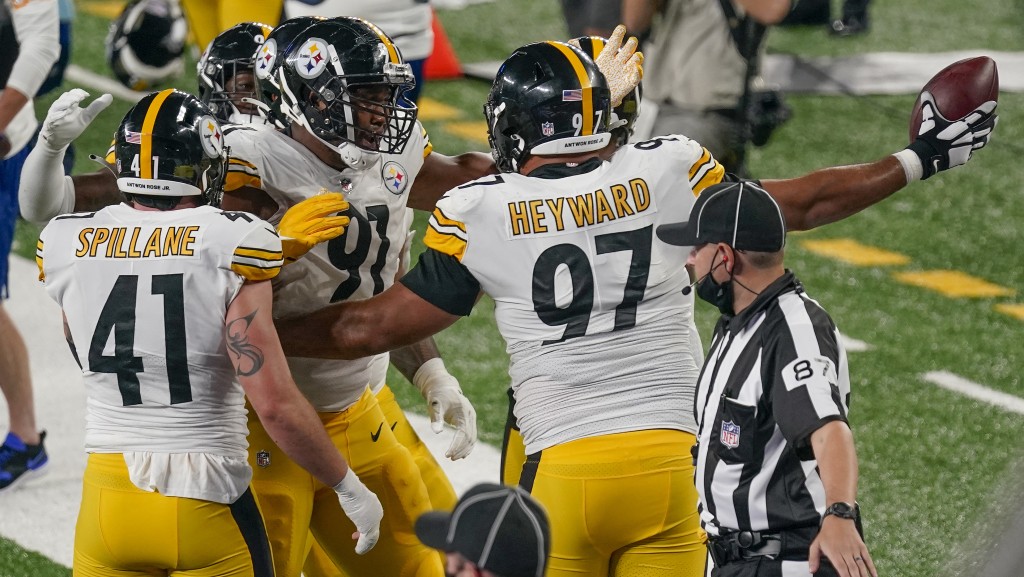 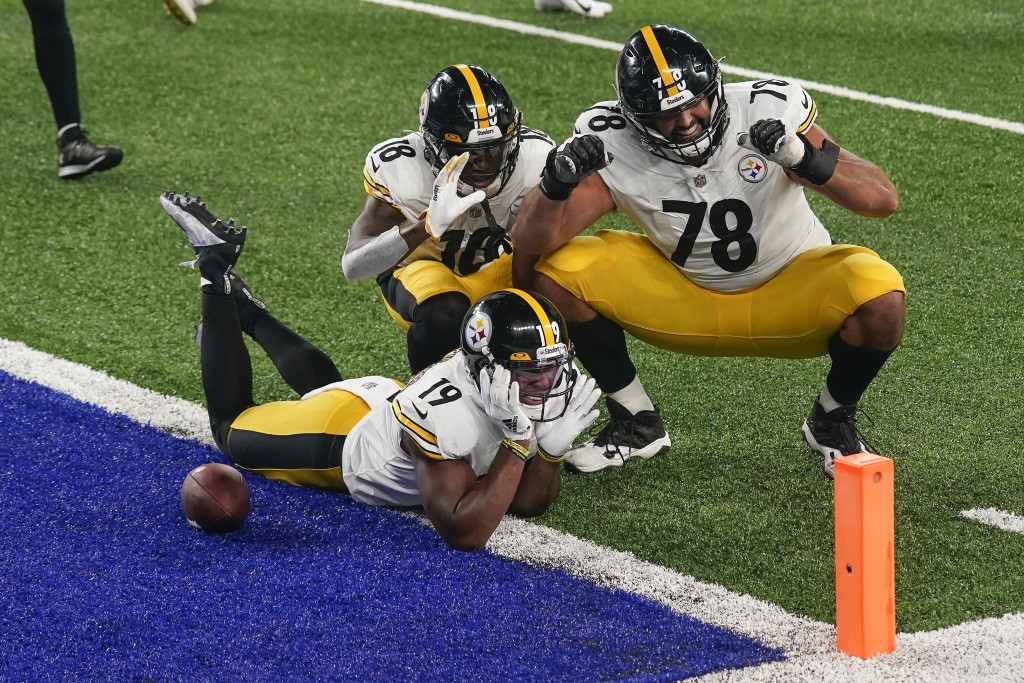 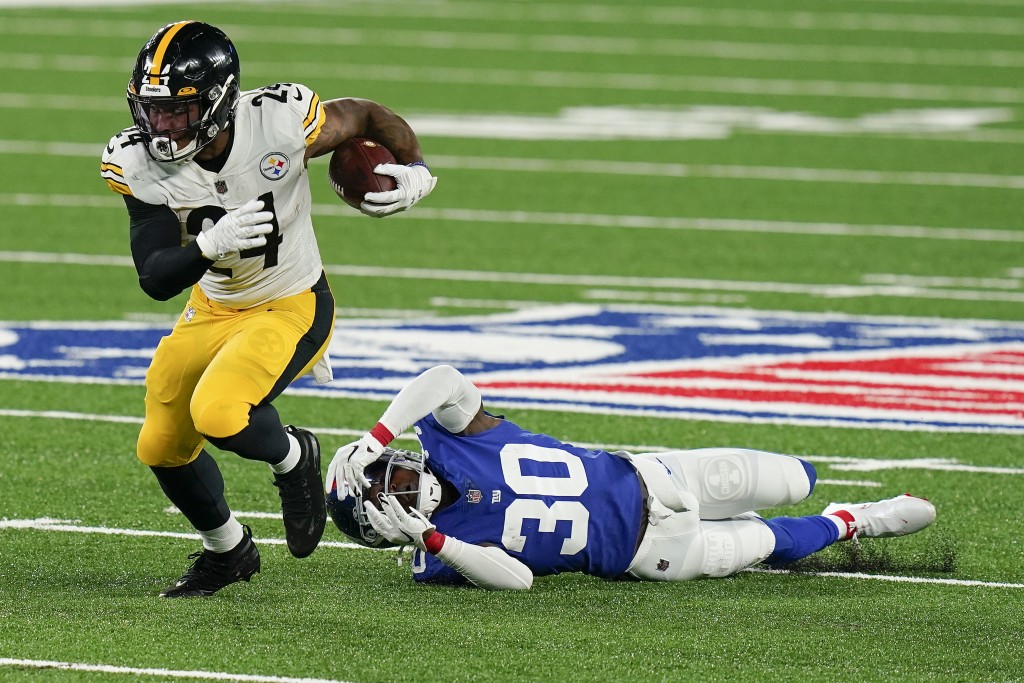 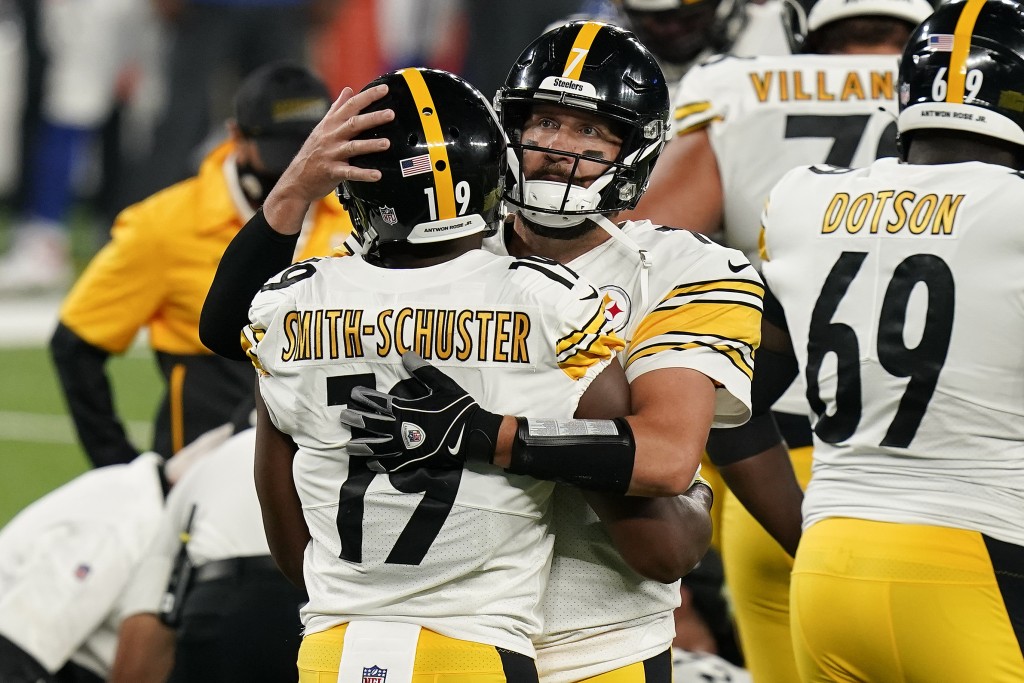 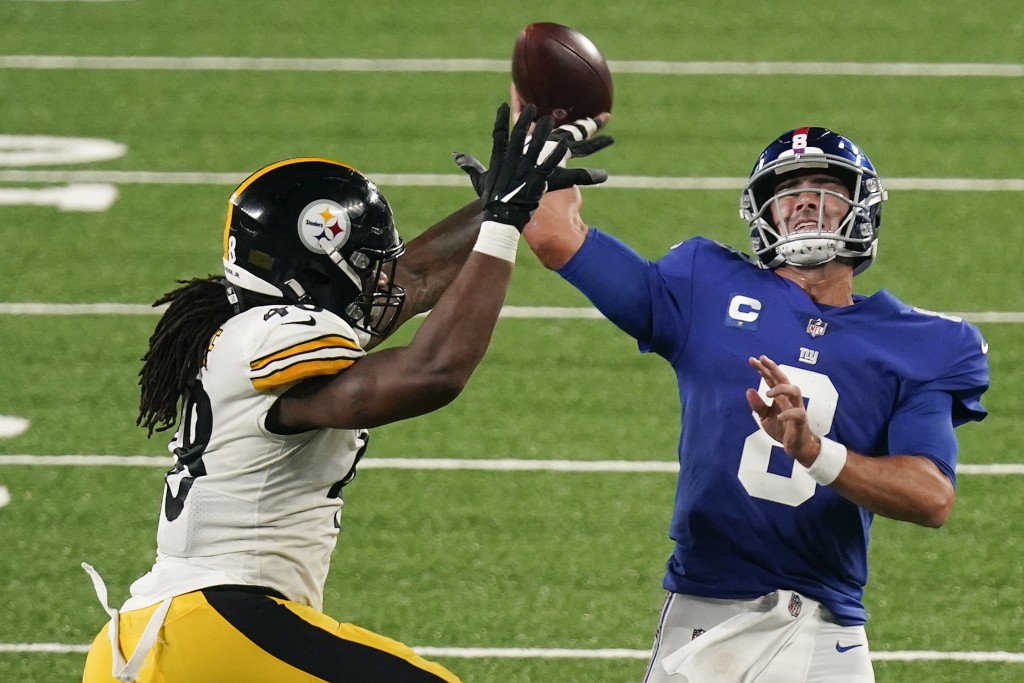 EAST RUTHERFORD, N.J. (AP) — Ben Roethlisberger did a very Pittsburgh thing in his return to the lineup, riding the Steelers' defense and running game to victory.

Oh, Big Ben did plenty to help the cause. Roethlisberger, who missed the final 14 games last season after elbow surgery, threw for three scores in a 26-16 win over the New York Giants at an empty and eerie MetLife Stadium on Monday night.

The keys, though, were several defensive plays and the running of backup Bennie Snell, who rushed for 113 yards on 19 carries — his first 100-yard performance in his second NFL season.

The defense, while not quite on the level of the famed Steel Curtain, was plenty stingy and physical. It not only held Saquon Barkley to 6 yards on 15 carries, it also swarmed him in the backfield nearly all night.

Three Steelers stars got them their first touchdown. All-Pro linebacker T.J. Watt made a clever interception at the New York 36. Roethlisberger beat a blitz with a perfect throw to JuJu Smith-Schuster for a 10-yard second-quarter score. Chris Boswell's extra point hit the upright, leaving them behind 10-9.

They got the lead with 7 seconds remaining in the half as Roethlisberger connected with James Washington, who dived into the end zone for a 13-yard score. Boswell made the PAT this time, and added a 36-yard field goal early in the final quarter. That came following the night's biggest play.

Even though the Pittsburgh defense broke down as the Giants marched 87 yards on 19 plays in just under nine minutes in the third quarter, it still came up with a major stop. Bud Dupree pressured quarterback Daniel Jones as he rolled left from the 4 and deflected his pass. Edge rusher Cam Heyward practically made a fair catch in the end zone for the interception.

Roethlisberger then took Pittsburgh 62 yards for the field goal and a 19-10 lead. He hit Smith-Schuster again for a 10-yard touchdown and a 26-10 lead before New York got a late TD.

Not unexpectedly, sloppy play was the order of the evening early on. New York had a dropped pass by Evan Engram and a delay-of-game penalty on fourth-and-1.

The first time a Steeler touched the ball this season, it was a muff by punt returner Diontae Johnson deep in Pittsburgh territory. Oshane Ximines recovered at the 3, but New York only managed a 21-yard field goal by Graham Gano.

There were three drops and the muff in the first half of the opening period, and neither team could run the ball successfully in Joe Judge's debut as Giants coach.

Not exactly made for prime time — until the beginning of the second quarter and Darius Slayton's post pattern touchdown reception of 41 yards for a 10-3 Giants lead.

Slayton caught a 7-yard TD pass with 1:52 remaining in the game. and had six receptions for 102 yards.

Nineteen of the Giants' 48 active players kneeled during the national anthem, mostly defensive players. Defensive tackle Dalvin Tomlinson was on a knee with a hand across his heart.

The Steelers stood side by side while a group of players held a white banner with the words “Steelers Against Racism.” Only tight end Eric Ebron raised his arm.

The Steelers remained in their locker room and the Giants stood in an end zone some 25 minutes earlier when the Black anthem, “Lift Every Voice and Sing,” was played.

Steelers starting running back James Conner left in the second half with an ankle injury. Guard Stefen Wisnewski sustained a pectoral injury one play before right tackle Zach Banner hurt his right knee in the fourth quarter. Banner had beaten out Chukwuma Okorafor for the starting spot after he remade his body and approach, dropping 30 pounds.

Steelers: Host the Broncos on Sunday.

Giants: Visit the Bears on Sunday.