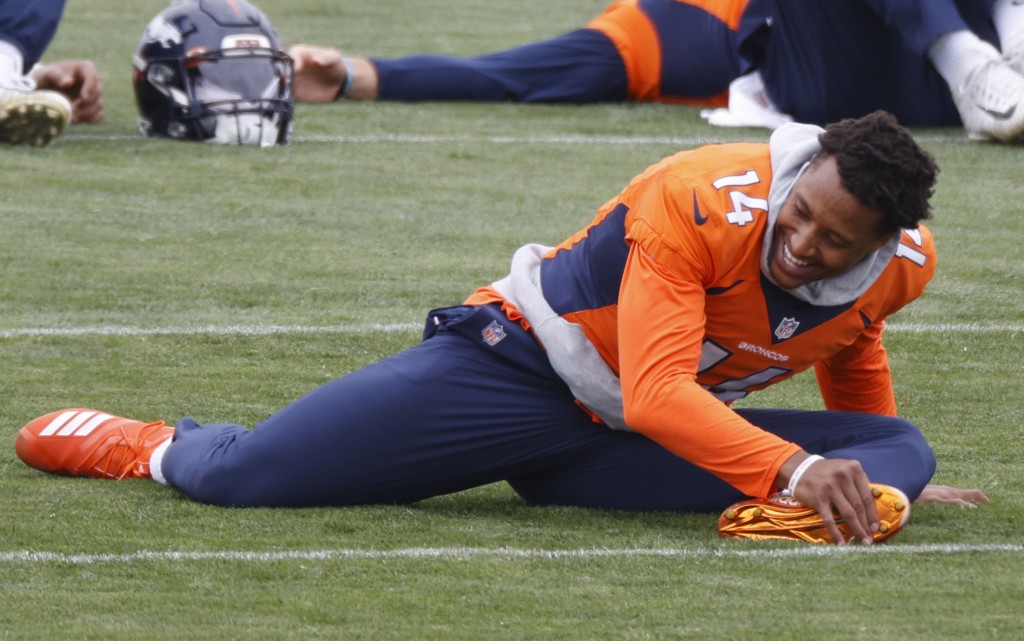 DENVER (AP) — The Denver Broncos will be without top wide receiver Courtland Sutton against Tennessee on Monday night due to a right shoulder injury.

Leading up to the game, Broncos coach Vic Fangio said that in order for Sutton to play he had to pass a primitive test: "He's got to be able to do 10 jumping jacks.”

Denver also was missing rookie receiver KJ Hamler because of a hamstring ailment.

It's already been an injury-riddled start for the Broncos. Star linebacker Von Miller underwent surgery Friday to repair a dislodged ankle tendon. Pass rusher Bradley Chubb was back on the field after missing most of last season with an ACL tear.

Hours before kickoff, Tennessee placed starting cornerback Adoree Jackson on injured reserve and replaced him by signing cornerback Tye Smith to the active roster from the practice squad.

Linebacker Vic Beasley Jr. was inactive with a knee injury.