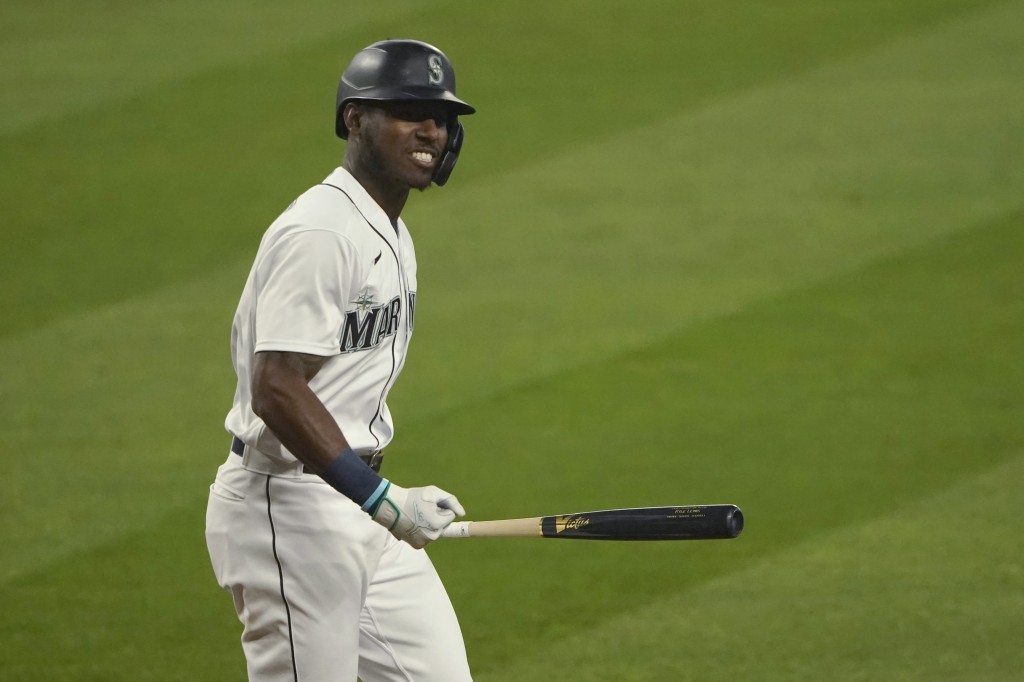 SEATTLE (AP) — Kyle Lewis sparked Seattle’s rally with a two-run homer and walked with the bases loaded in the sixth inning, helping the Mariners top the Oakland Athletics 6-5 on Monday in the opener of a doubleheader.

The game was played with a haze of smoke hovering above the field at T-Mobile Park, even with the retractable roof of the stadium closed. Wildfires on the West Coast have suffocated much of the Pacific Northwest with unhealthy air conditions that brought into question whether the games would even be played.

Seattle trailed 5-0 after home runs by Sean Murphy and Marcus Semien off Marco Gonzales (6-2). But Seattle chipped away and scored twice in the sixth against Oakland’s bullpen to move in front for good.

Yoshihisa Hirano pitched the seventh inning for his second save.

The win pulled Seattle within one game of idle Houston for second in the AL West.

Semien had four RBIs for division-leading Oakland. Joakim Soria (2-2) got the loss.

The series, the majors’ longest in the regular season in 53 years, included three makeup games and two doubleheaders. The Marlins won five of the seven games, including the final three, to move into second place in the NL East, 1 1/2 games ahead of Philadelphia.

Lopez (4-4) allowed three hits and retired his final 13 batters. He was helped by two over-the-shoulder basket catches on the warning track by a retreating Joyce, who robbed Scott Kingery and Jean Segura.

CINCINNATI (AP) — Rookie Tyler Stephenson hit a tiebreaking two-run homer in the seventh inning, lifting Cincinnati to the win in the opener of a doubleheader.

With two out and the bases empty, rookie Jose Garcia singled to left against Sam Howard (2-2). Manager David Bell then sent Stephenson up to hit for Shogo Akiyama, and the catcher hit a drive to left for his second homer.

Trevor Bauer and Cincinnati carried a 1-0 lead into the seventh, but Colin Moran led off with his eighth homer. Raisel Iglesias (3-3) got two outs for the win.

Joey Votto homered in the fourth for the Reds.

MILWAUKEE (AP) — Keston Hiura drove in Avisail Garcia with a sacrifice fly in the eighth inning, giving Milwaukee the win in the opening game of a doubleheader.

The Cardinals broke a scoreless tie in the top of the eighth when Tommy Edman’s two-out single off Freddy Peralta (2-1) brought home Tyler O’Neill. But the Brewers got to Ryan Helsley (1-1) in the bottom of the inning.

Ryan Braun doubled home the tying run, and Hiura made it 2-1 with his fly ball to left off Austin Gomber.

Milwaukee’s rally in the eighth snapped the Brewers’ string of 21 consecutive scoreless innings. They were no-hit by Cubs right-hander Alec Mills on Sunday.