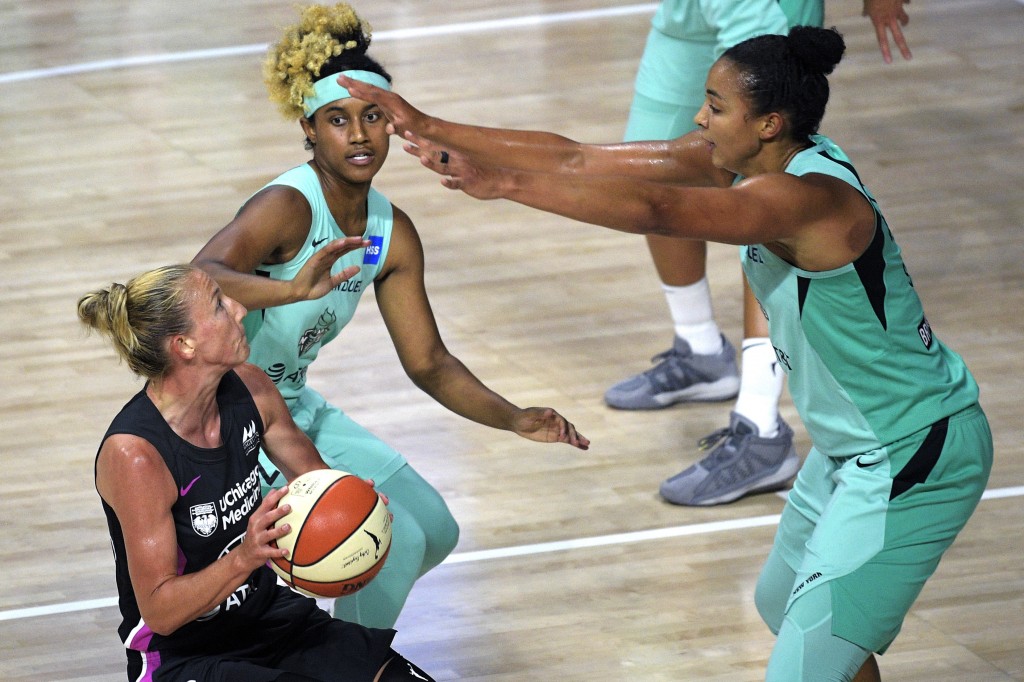 Courtney Vandersloot got a little help to record her 220th assist of the season, making her the first player in WNBA history to average 10 assists per game.

The one who boosted Vandersloot's assist total? Her wife and teammate, Allie Quigley.

Vandersloot, the Chicago Sky point guard, finished the 22-game regular season with 219 assists, meaning she averaged 9.95 per game. The Elias Sports Bureau, which is the league's official statistician, was going to round it up to 10.0 assists. But Elias said Vandersloot wouldn't have been recognized as reaching the double-digit mark.

The team went through game video to see whether any assists that should have gone to Vandersloot were mistakenly credited to someone else. The Sky found one on Aug. 4 that was given to Quigley.

Chicago sent the video to the league to review and the WNBA agreed, giving the assist to Vandersloot.

Vandersloot said after her last regular-season game that even though the assists would have been rounded up to 10, she wouldn't have considered herself to have reached the mark. Now she doesn't have that problem anymore.

She led the league in assists the past four seasons and owned the previous record of 9.1 per game in a season, set last year.

Vandersloot also broke the league record for assists in a game when she had 18 against Indiana on Aug. 31. Ticha Penicheiro had the previous record of 16.

Chicago will play Connecticut on Tuesday night in the first round of the playoffs.