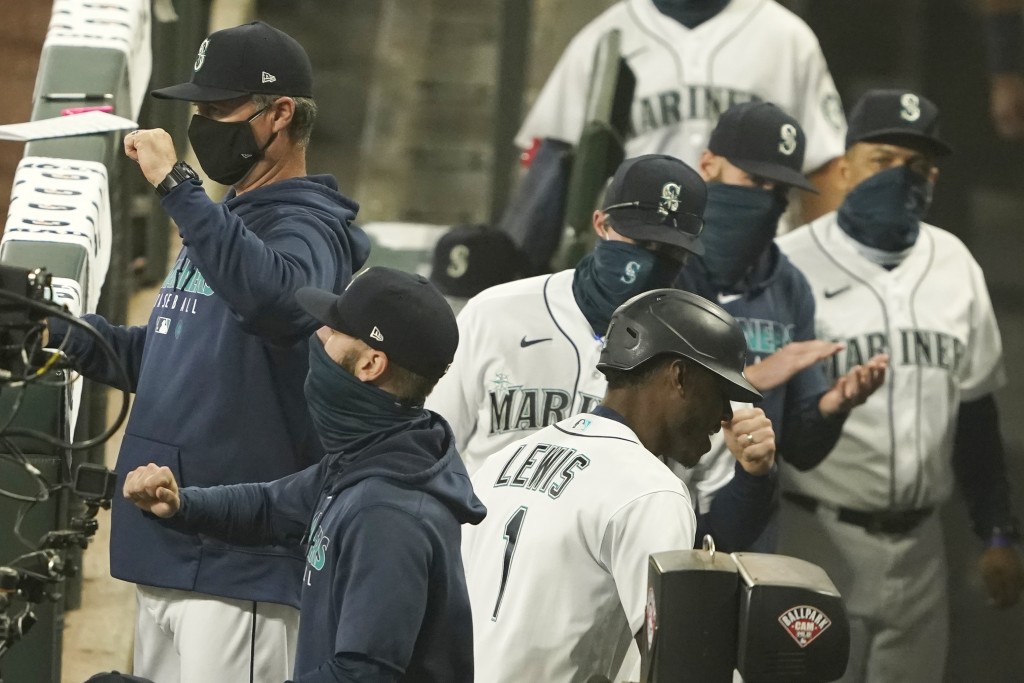 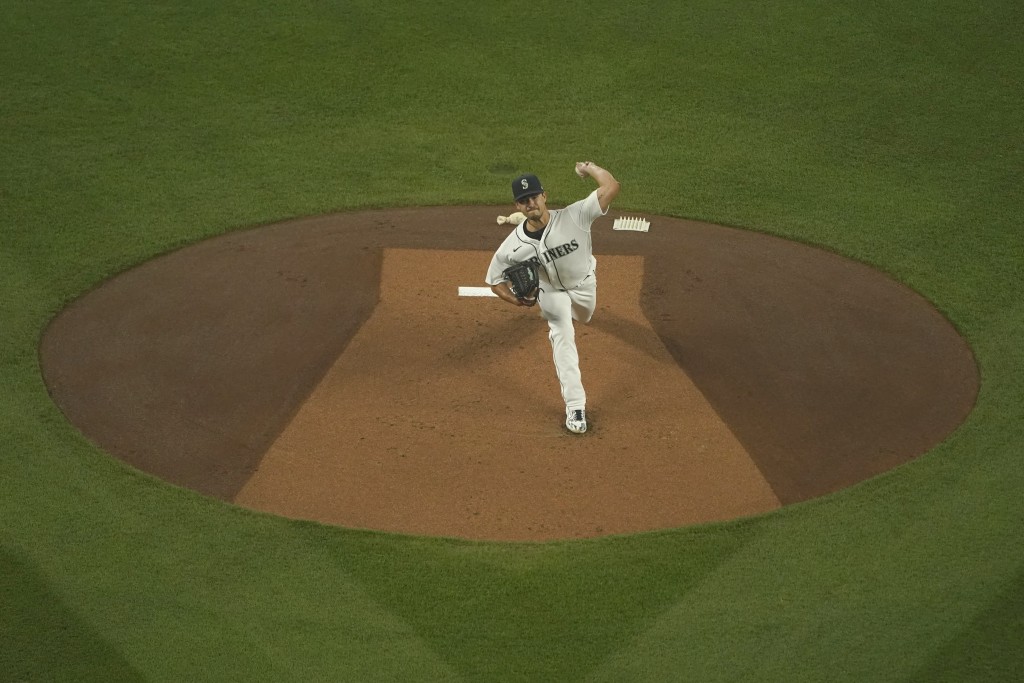 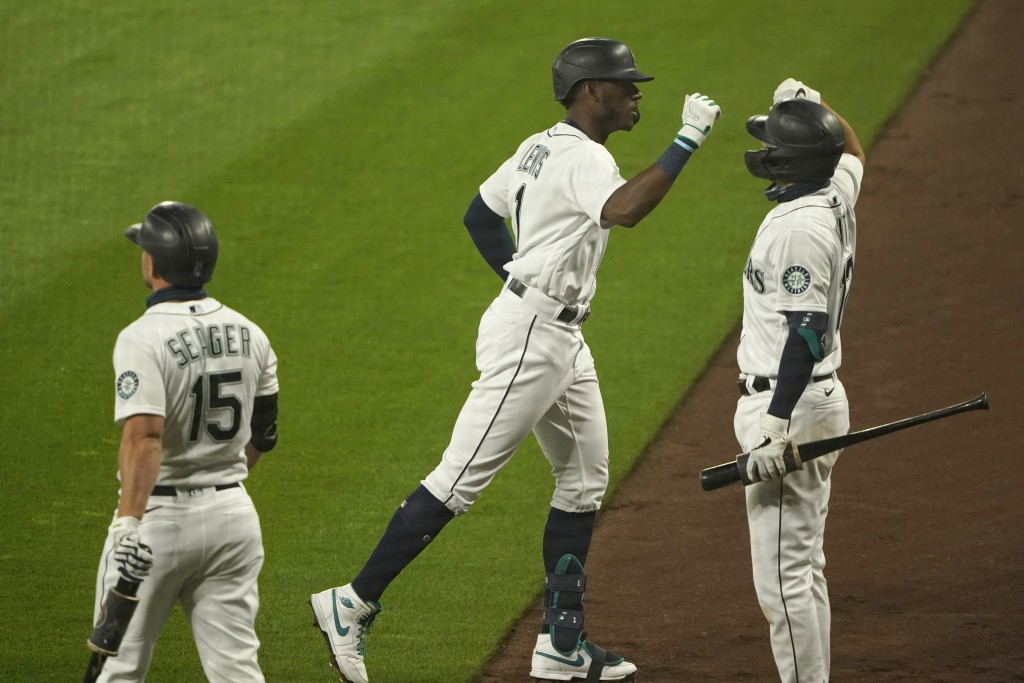 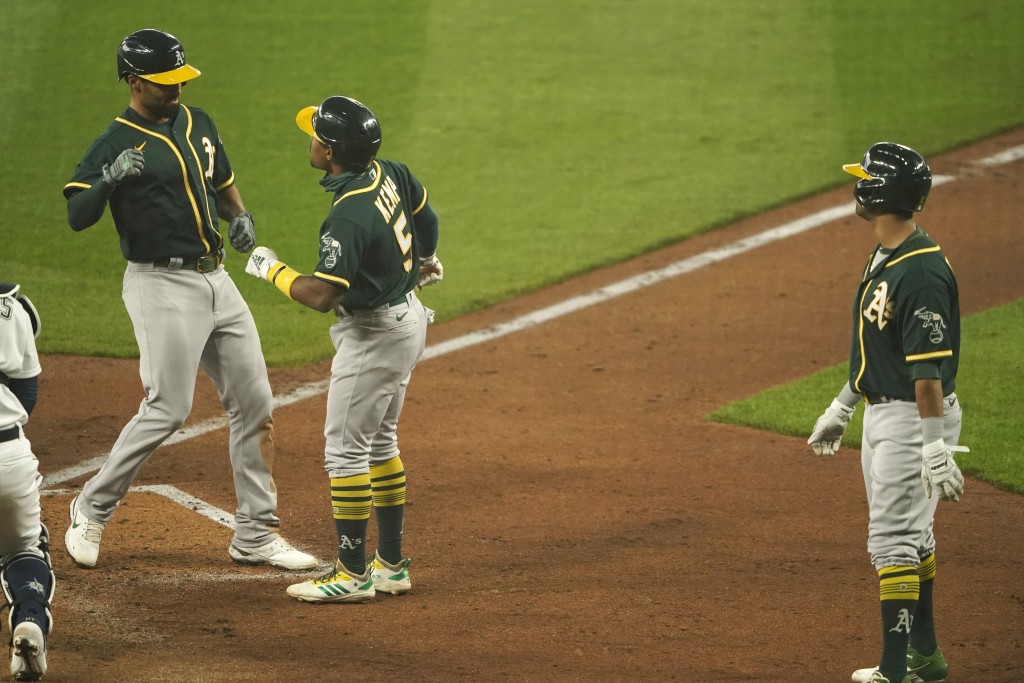 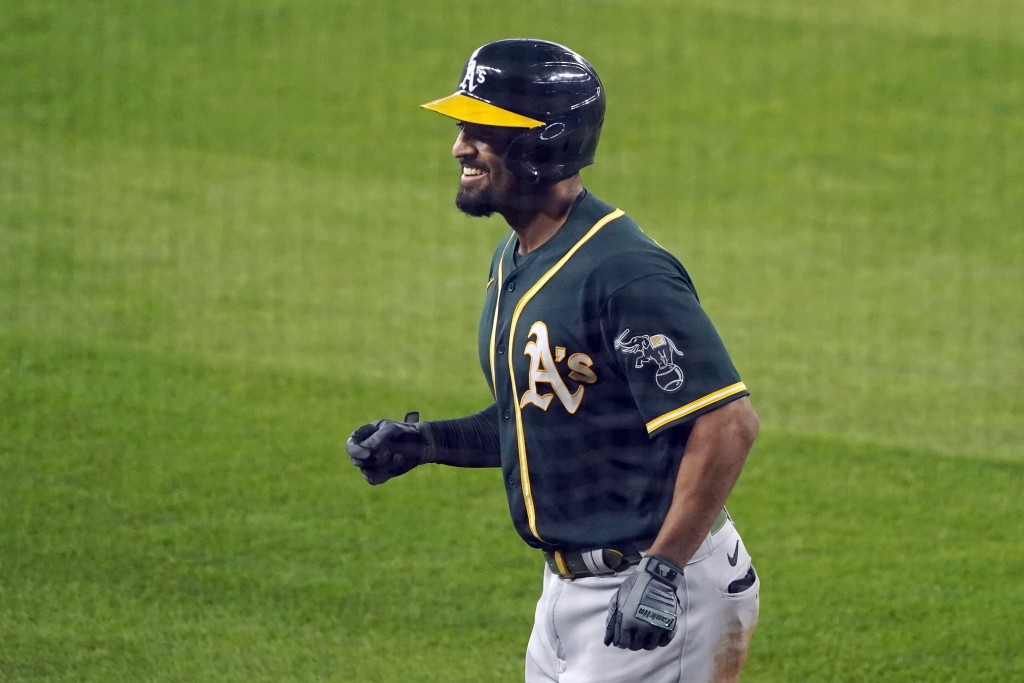 SEATTLE (AP) — Kyle Lewis sparked Seattle’s rally with a two-run homer and walked with the bases loaded in the sixth inning, helping the Mariners top the Oakland Athletics 6-5 on Monday in the opener of a doubleheader.

Seattle trailed 5-0 after home runs by Sean Murphy and Marcus Semien off Marco Gonzales. But Seattle chipped away and scored twice in the sixth inning against Oakland’s bullpen to move in front for good.

The win pulled Seattle within one game of idle Houston for second place in the AL West.

Tim Lopes’ third double of the game drove in Phillip Ervin with two outs, tying it at 5. Oakland’s Joakim Soria (2-2) struggled with his control and walked three straight batters after Lopes’ double, the last one on four pitches to Lewis.

Luis Torrens and Jose Marmolejos each hit a solo drive off Jesus Luzardo to start Seattle’s rally. Lewis hit his 10th homer in the fifth inning to pull Seattle within 5-4 and end Luzardo’s day.

The game was played with a haze of smoke hovering above the field at T-Mobile Park, even with the retractable roof of the stadium closed. Wildfires on the West Coast have suffocated much of the Pacific Northwest with unhealthy air conditions that brought into question whether the games would even be played.

The doubleheader was a makeup of three games scheduled for earlier this month that were postponed after Oakland had a player test positive for the coronavirus. The third of the three games to be made up will take place on Sept. 26 in Oakland as part of another doubleheader.

Despite giving up a season-high five earned runs, Gonzales (6-2) earned the victory. He pitched six innings and allowed six hits and struck out seven. Gonzales retired eight of his final nine batters after Semien’s home run.

Yoshihisa Hirano pitched the seventh inning for his second save.

The A’s signed former All-Star infielder Jake Lamb after he was designated for assignment last week by Arizona. The move with Lamb made sense after Oakland lost Gold Glove third baseman Matt Chapman last week. Chapman strained his right hip and is expected to undergo surgery. Lamb didn’t get much playing time for the Diamondbacks this season and had just five hits in 43 at-bats for a .116 average.

A’s manager Bob Melvin planned to play Lamb in the second game of the doubleheader.

The nightcap will feature Mike Minor (0-5, 6.35 ERA) throwing for Oakland, while Seattle was unsure who would get the start, depending on how much the bullpen needed to be used in the opener.