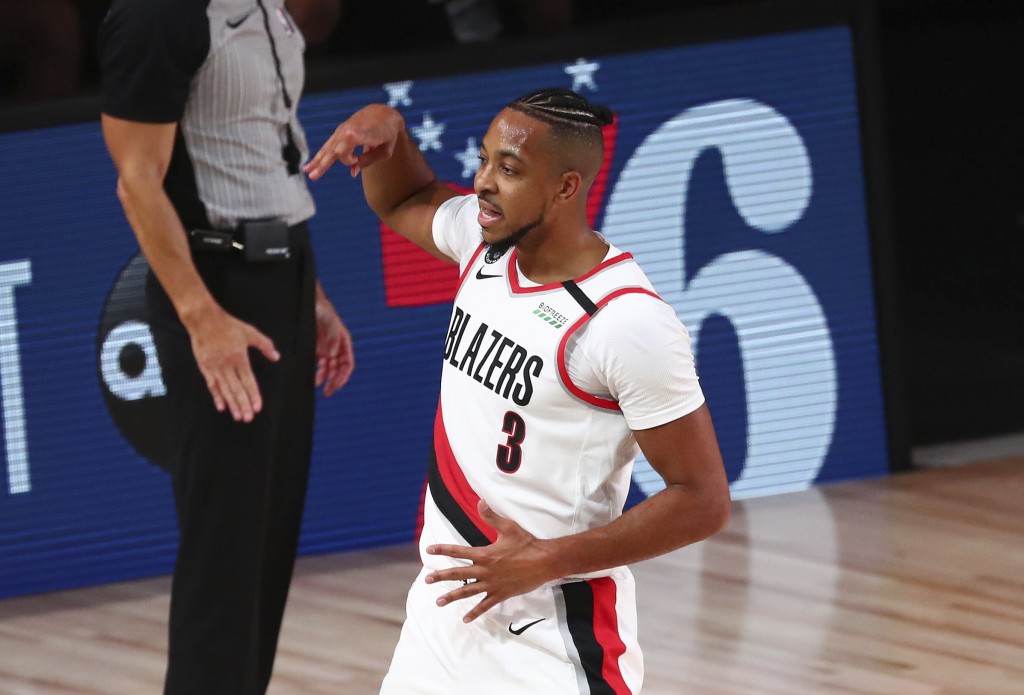 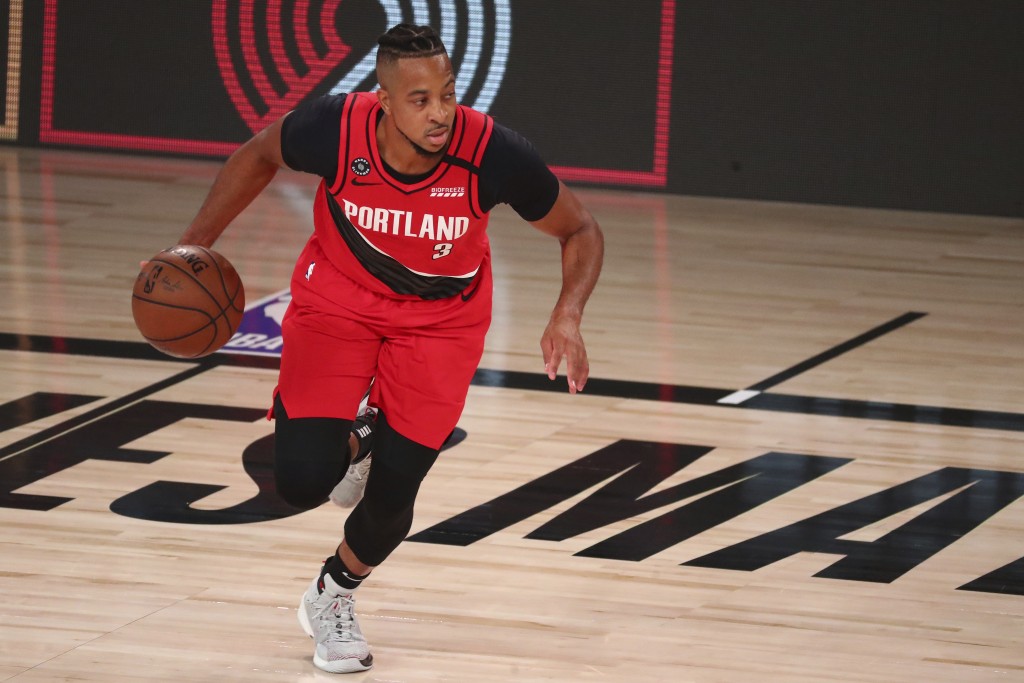 The Portland Trail Blazers guard has a signature wine coming out Tuesday, and apropos of Oregon, it's a pinot noir. McCollum Heritage 91 is the result of a partnership with Adelsheim Vineyard.

“We’re in a bit of a jam because it’s a limited quantity, and demand is very high,” McCollum said.

McCollum readied for the launch while recuperating from Portland's 51-day odyssey in the NBA bubble in Florida. The Blazers overperformed in the seeding games, going 6-2 and making the playoffs as the No. 8 seed.

It was Portland's seventh straight trip to the playoffs, but it ended in five games in the first round against the top-seeded Los Angeles Lakers.

McCollum played the tournament with a fractured vertebra in his back.

The 10th pick out of Lehigh in the 2013 draft, McCollum has averaged 18.5 points, 3.3 rebounds and 3.1 assists over his career in Portland. This strange season he averaged 22.2 points, 4.2 rebounds and 4.4 assists as half of Portland's dynamic backcourt with All-Star Damian Lillard.

When Lillard celebrated a birthday in the bubble, McCollum contributed the wine. In fact, McCollum's room at Walt Disney World became something of a wine cellar with more than 80 bottles.

“I brought him a bottle and I brought myself like a case of McCollum Heritage 91 and I brought a bunch of other Oregon wines,” McCollum said. “He only wanted to drink my stuff.”

McCollum is by no means alone in the NBA when it comes to wine.

Stephen Curry's wife, Ayesha, and sister Sydel have a cabernet sauvignon and a sauvignon blanc under their label, Domaine Curry.

Trail Blazer Carmelo Anthony has a YouTube show called “What's In Your Glass” where he discusses wine and more with fellow athletes and other celebrities.

McCollum's wine was two years in the making.

McCollum's preference was for wine from volcanic soil. He worked with Adelsheim wine maker Gina Hennen to find the right combination of grapes, from three different vineyards.

His first bottle is from grapes harvested in 2018. But there's more to come.

For McCollum, this is more than just a money-making venture (his wine retails for $50 a bottle). He really loves wine. Since arriving in Oregon, he has become a member at several local vineyards.

“Right before I left to go to the bubble, actually I went to Adelsheim and to check things out, to visit. And I was fortunate enough to taste the ’19 version, but it’s still young and not ready,” he said. “It was fun to walk down and see the barrel's label, it had my initials on it and the year.”