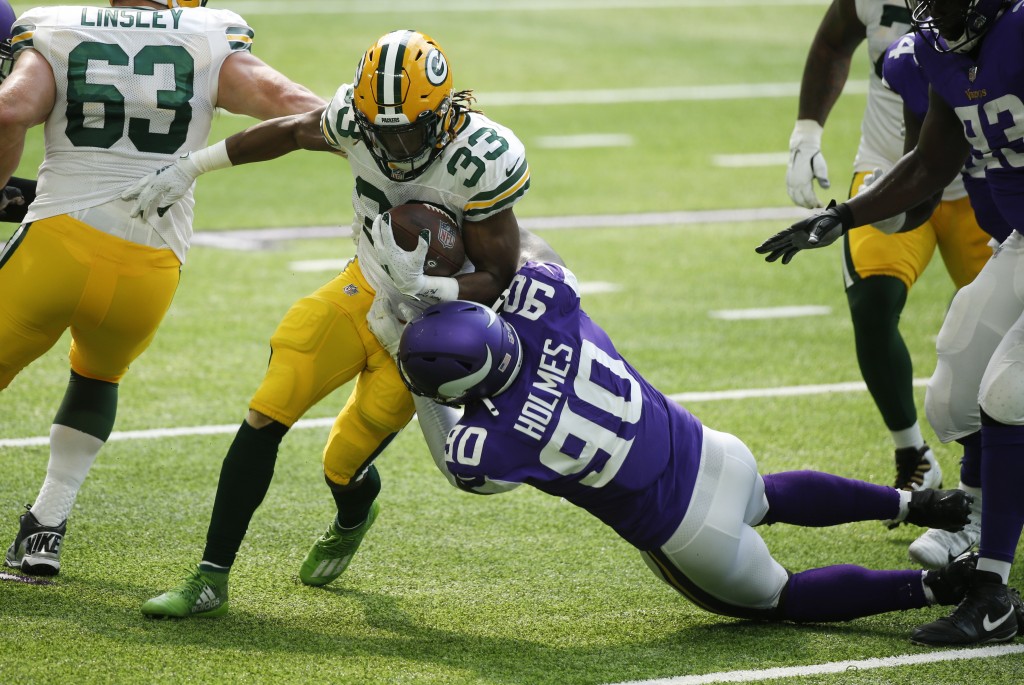 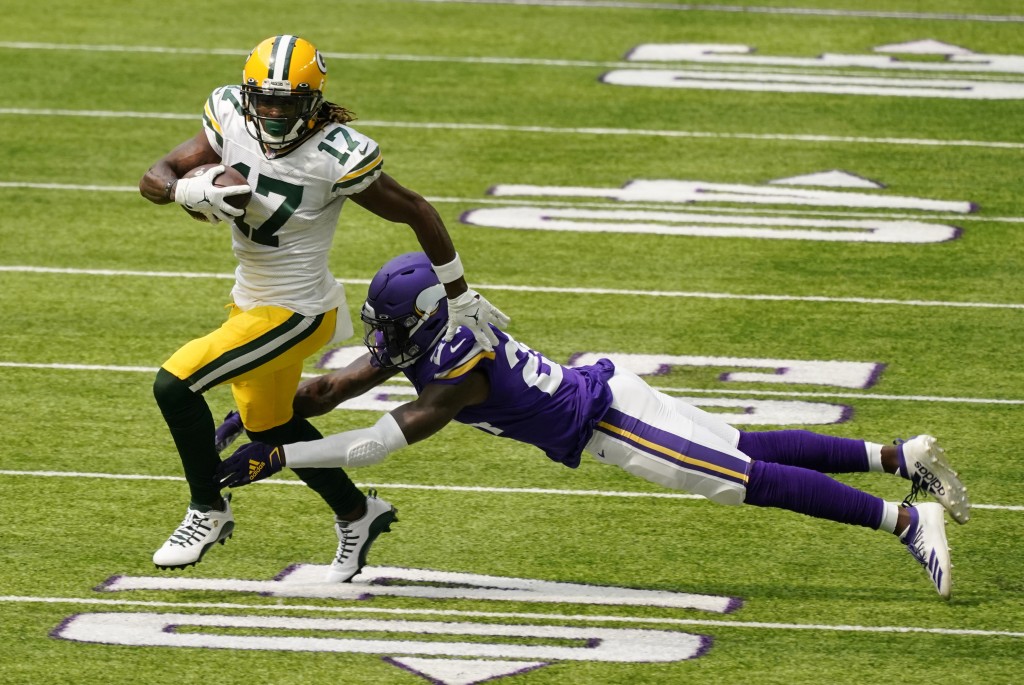 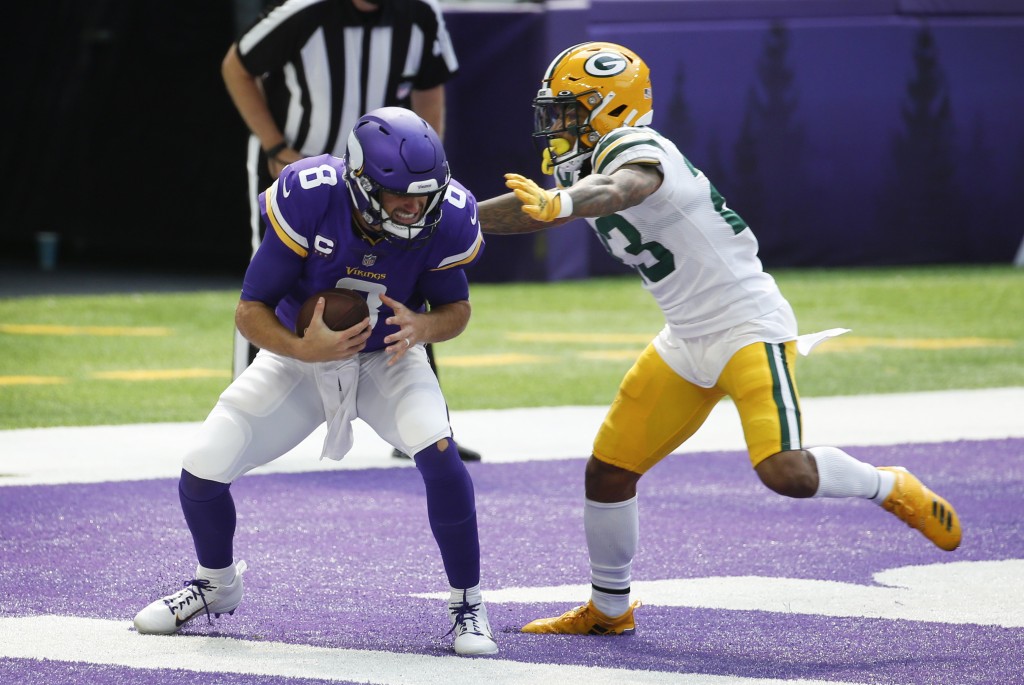 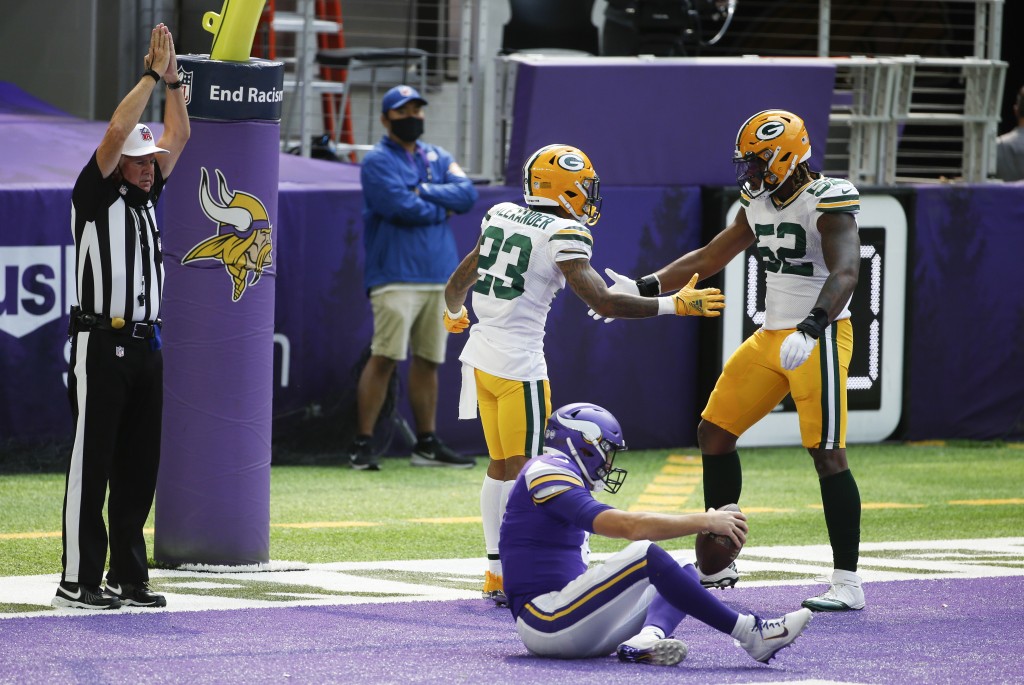 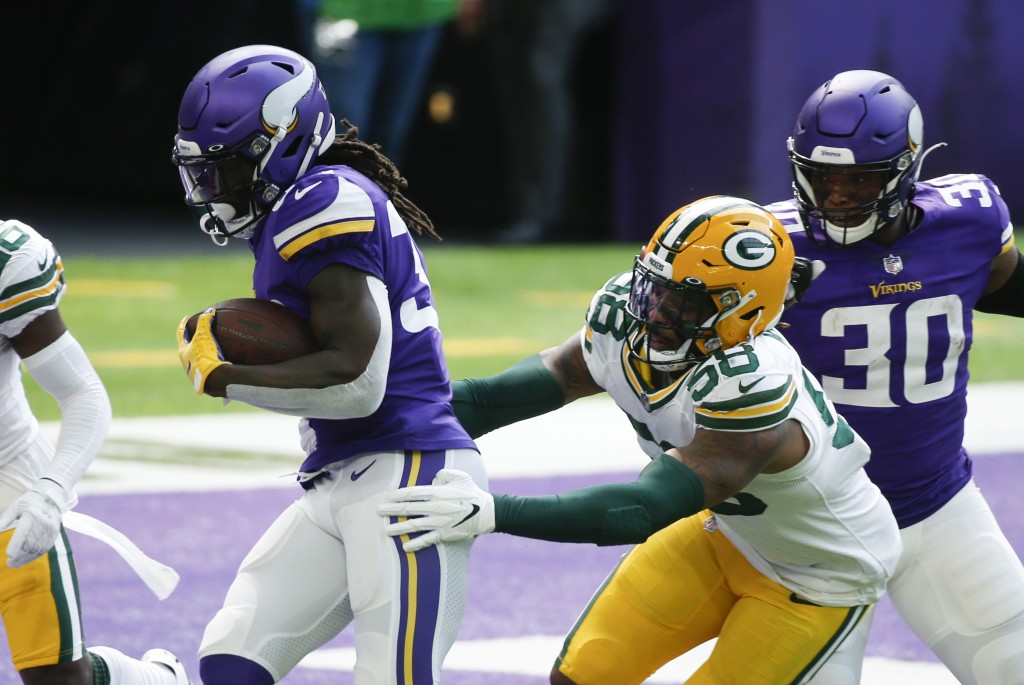 MINNEAPOLIS (AP) — As they stumbled through their crowd-free season opener, the Minnesota Vikings set a franchise record for what they didn't do: keep the ball.

By allowing Green Bay's offense to be on the field for 41 minutes and 16 seconds, the Vikings made an undesirable mark with the opposite: an all-time low time of possession of 18:44 in a 43-34 loss.

“We're going to have games like that,” wide receiver Adam Thielen said, “and we have to make the most of our limited opportunities.”

In only four other contests since the NFL began tracking possession time in 1977 had the Vikings kept the ball for less than 20 minutes. Their previous record (19:06) also came at home against the Packers in a 44-31 defeat on Oct. 27, 2013.

Kirk Cousins threw only two passes in the first 29 minutes of the game and had just five attempts before halftime, the fewest in his 89 career regular-season starts. An offense built around dual threat running back Dalvin Cook with a preference for play-action and screen passes was thus unable to unleash any of its strengths.

“We’ve got to go out there and be in attack mode at all times and make plays,” said Cook, who rushed 12 times for 50 yards, two touchdowns and two 2-point conversions. “Some of those drives that we missed in the second quarter, we could have cleaned those up and made it a better game.”

That's when the game was largely lost. On their first three possessions of the second quarter, the Vikings ran just two, three and two plays — resulting in a safety, a punt and an interception. The quick changes didn't do any favors for a suddenly young defense that was having its own trouble preventing Aaron Rodgers from moving the chains.

“When you do have fans in the stadium, and you’re not playing very good, and it’s quiet — that’s how it was today, all day,” coach Mike Zimmer said.

With All-Pro middle linebacker Eric Kendricks thriving in pass coverage and run stopping, the Vikings were at least true to past form around the end zone. The Packers had goal-to-go on their first two drives and got only three points against a defense that ranked second in the league in those situations last season, allowing touchdowns at a 55% rate.

“But you’re not going to win a lot of games where that’s all you’re doing. You’ve got to get them stopped on first and second down, get into third-and-mediums, third-and-longs and win those downs," safety Harrison Smith said.

Cornerbacks Mike Hughes, Holton Hill and Cameron Dantzler — all age 23 and younger — did little to prevent or persuade Rodgers from picking on them.

Dantzler, the third-round draft pick who had a standout training camp, took the most snaps of any cornerback (64 of 78) and mostly looked like a rookie. With 14 seconds left in the second quarter, Dantzler stayed in stride with Marquez Valdes-Scantling along the sideline but still allowed Rodgers to complete a 45-yard touchdown pass for a 22-7 lead.

Wide receiver Adam Thielen, trying to come back from a 2019 season spoiled by a lingering hamstring injury, and tasked with carrying a pass-catching group now missing his partner Stefon Diggs, had six receptions for 110 yards, two touchdowns and a 2-point conversion.

Rookie cornerback Jeff Gladney was drafted in the first round, well ahead of Dantzler, but he played only nine snaps on defense despite the struggles by the trio in front of him on the depth chart.

Defensive end Danielle Hunter, placed on injured reserve because of a reported neck problem, had his streak of 82 straight appearances — including the postseason — stopped. He must sit out at least two more games, but the Vikings have hinted at no timeline for his return.

Keeping the cornerbacks' morale up will be critical, with a daunting slate of opposing quarterbacks over the rest of the first half of the schedule. That starts in Indianapolis on Sunday with Philip Rivers and continues with Ryan Tannehill, Deshaun Watson, Russell Wilson, Matt Ryan, Rodgers again and Matthew Stafford.