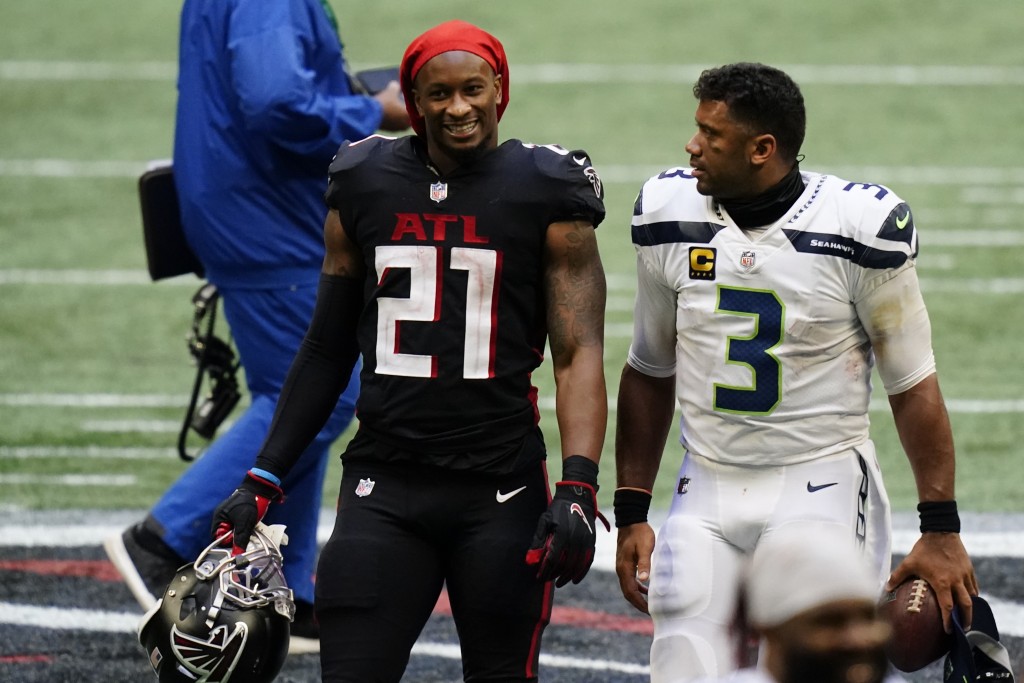 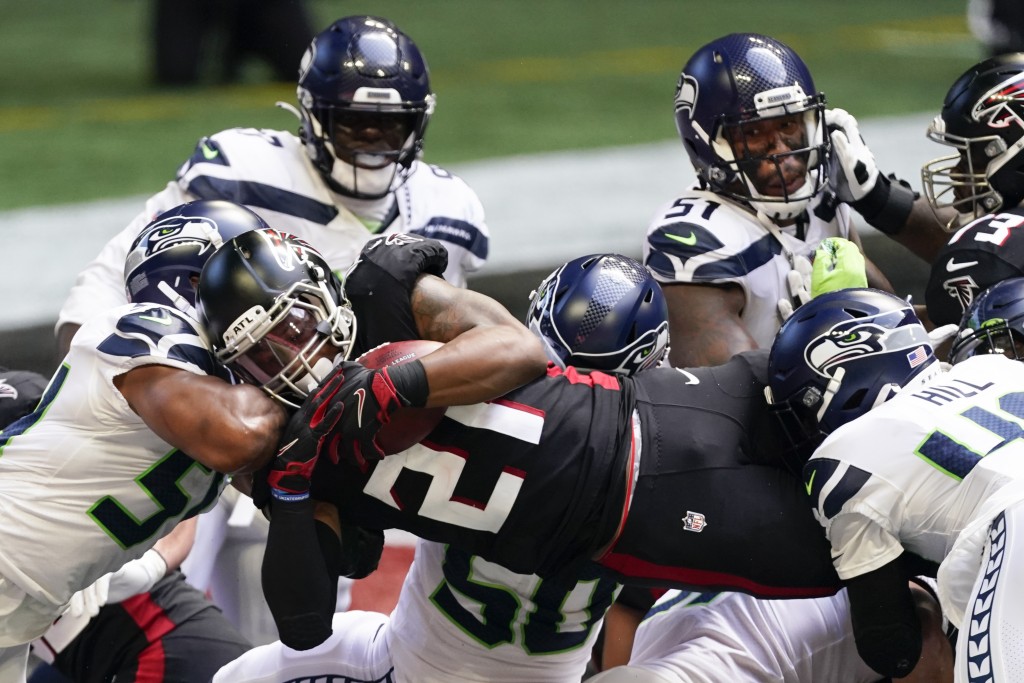 ATLANTA (AP) — Todd Gurley's debut with the Atlanta Falcons showed the benefit of a balanced offense — for one half.

The second half revealed what can happen when that game plan is lost in a wave of fourth-down failures and defensive breakdowns.

Gurley's final numbers — 14 carries for 56 yards and a touchdown — were relatively modest. His production was overshadowed by the huge passing numbers from quarterback Matt Ryan and three receivers with more than 100 yards apiece.

Still, Gurley's potential impact was shown in the opening half of Sunday's 38-25 loss to the Seattle Seahawks. The Falcons' new lead back had 10 carries for 51 yards, including a 1-yard scoring run, in the half. Thanks to the offensive balance that has become so rare in Atlanta, Seattle led only 14-12.

It wasn't a perfect first half for Gurley and the Falcons, but it was encouraging.

Decisive fourth-down plays on back-to-back possessions in the third quarter helped Seattle stretch the lead to 28-12. Any hope of preserving the offensive balance was lost. The Falcons spent most of the fourth quarter running their 2-minute offense.

Gurley signed a $6 million, one-year deal with Atlanta, determined to post big numbers that could lead to a bigger payday next offseason.

Gurley showed in the first half he can still be an effective runner. He doesn't have to play to the level he showed in 2017 with the Rams, when he was the NFL Offensive Player of the Year, to give Atlanta an upgrade from 2019, when it ranked 30th in rushing.

The running game, which set up play-action passes for Ryan, is crucial to Atlanta's hopes of returning to the playoffs for the first time since 2017.

“Heading in, we knew having more balance in the run game was going to be a big piece,” Quinn said Monday, adding the first half showed “that’s an effective part of what we’re doing.”

Ryan wasn’t perfect. He missed a touchdown opportunity when Jones had to wait for an underthrown pass that still gained 44 yards in the third quarter. The possession ended with a fourth-down stop and no points.

Quinn said Wilson had no problem reading the defense.

“I just think we made it too easy in terms of disguises,” Quinn said. He said the Falcons should have shown “multiple looks in coverage for a quarterback as accurate as he is.”

The offensive line allowed only two sacks. James Carpenter started at the left guard spot that was the most competitive in training camp. Rookie Matt Hennessy played behind Carpenter.

The key to improved stability is on the right side where two 2019 first-round picks, tackle Kaleb McGary and guard Chris Lindstrom, are expected to form a long-term partnership.

Ryan was sacked a career-high 48 times in 2019, so improved protection is an encouraging sign. Quinn said he was especially encouraged the line played well even when the Falcons faced a big deficit and the Seattle defense could “pin their ears back and go.”

Ryan threw 54 passes, but tight end Hayden Hurst was targeted only five times and caught only three passes for 38 yards.

Hurst had a long catch of 27 yards, but after drawing so much praise for his athleticism and potential as a receiver, his Atlanta debut was a letdown. Austin Hooper had 75 catches as the starting tight end in 2019, but the transition to Hurst may be slower than expected.

The secondary needs cornerback Kendall Sheffield, who has a foot injury and watched the game while wearing a walking boot. Quinn said Sheffield is not expected to miss a long period of time. Rookie defensive tackle Marlon Davidson, expected to be the top backup to Grady Jarrett, was held out with a knee injury and could return this week.

19 — Ridley is proving to be Jones' equal in touchdown production. With his two scoring catches, Ridley has 19 through 30 games. That matches Jones for the most TD receptions in a player's first 30 games in Falcons' history. Ridley led the Falcons with seven TD catches in 2019, one more than Jones.