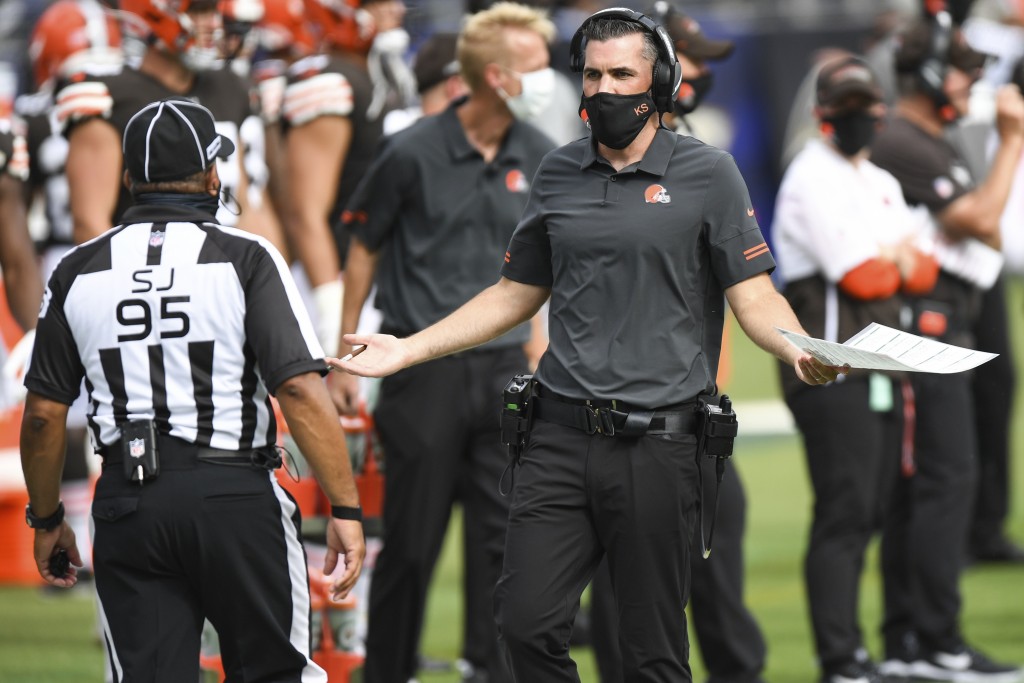 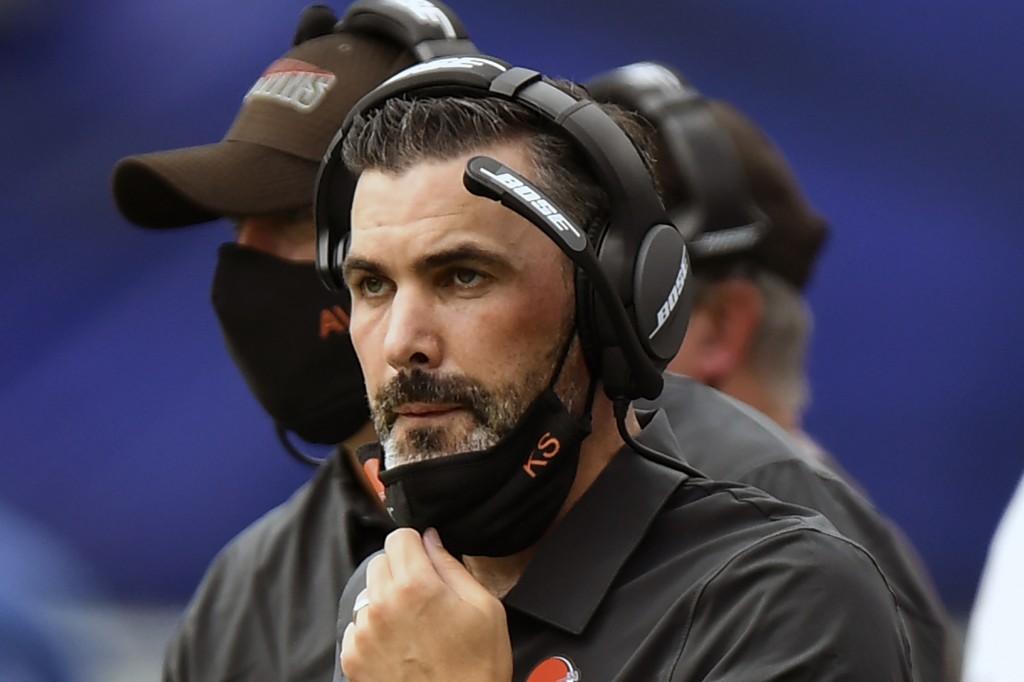 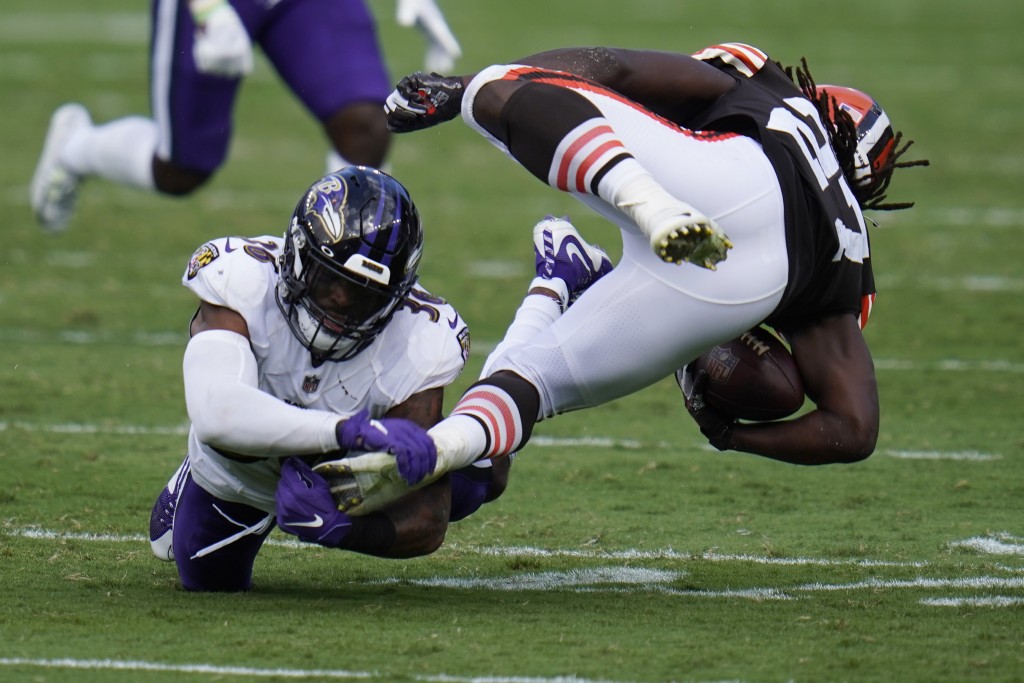 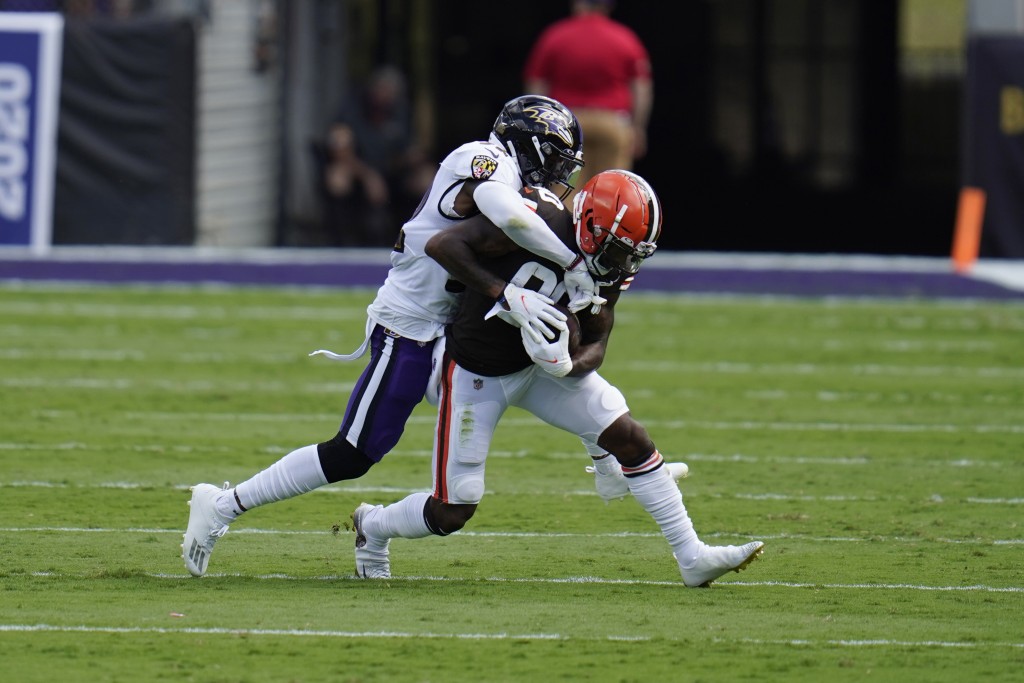 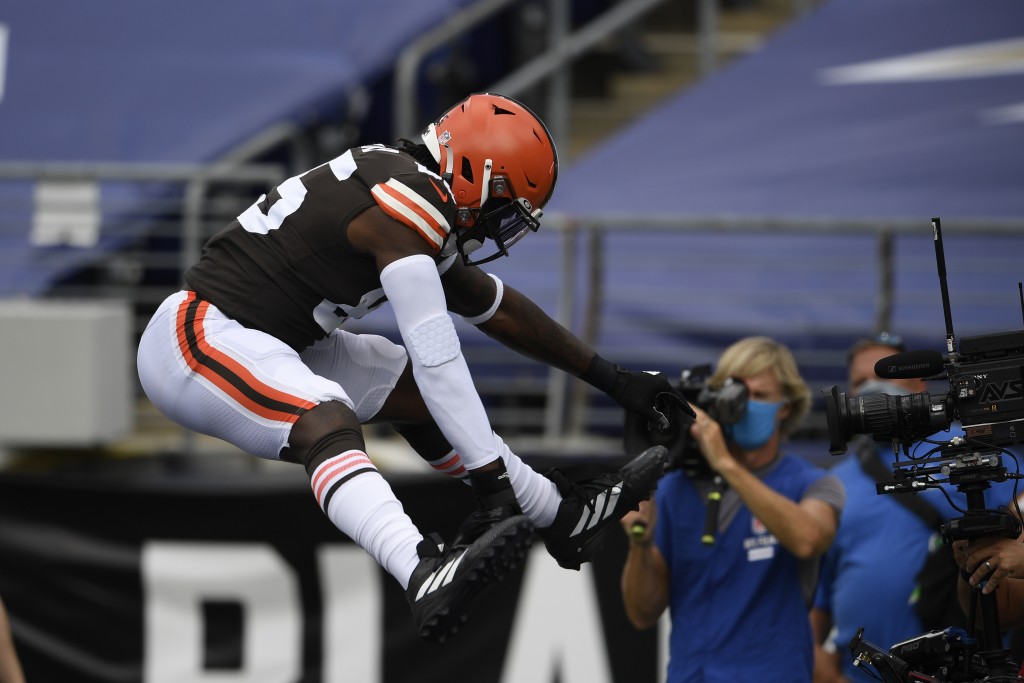 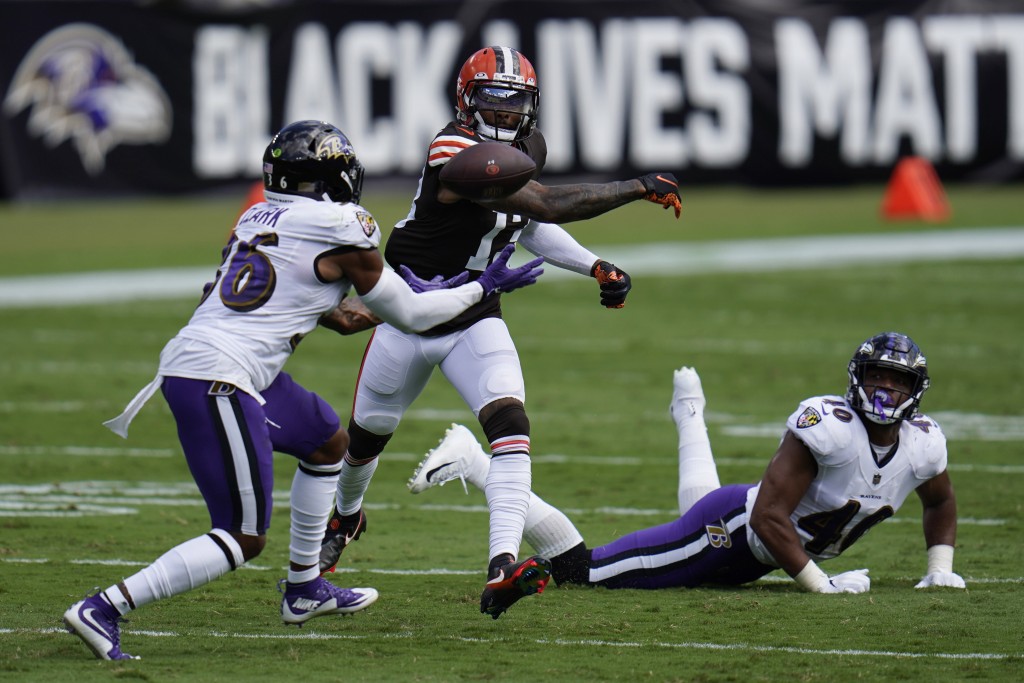 CLEVELAND (AP) — Kevin Stefanski didn't need long to be lumped together with so many Browns coaches before him.

One game into his tenure, he's 0-1, being ripped for a head-scratching decision and Stefanski's facing a lengthy list of problems — some fixable, others more complicated.

Stefanski's debut was a colossal failure as the Browns were thrashed 38-6 in their opener on Sunday by the Baltimore Ravens, who capitalized on numerous Cleveland mistakes, kept quarterback Baker Mayfield off balance and avenged one of their two regular-season losses in 2019.

As first impressions go, this was awful for Stefanski, hired in January after 14 seasons as an assistant in Minnesota. The Browns were hoping for a much better start in 2020 after being romped by 30 points in last year's first game.

Mayfield called the Browns' 16th consecutive winless opener "a punch in the mouth.”

Stefanski was bloodied, but unbowed.

“We did some things that are going to make it really hard to win versus a good team, a good football team,” he said Monday on a Zoom call. “We are moving on.”

The Browns were woefully overmatched in every facet against the Ravens, who have legitimate Super Bowl aspirations.

“The buck stops with me on that kind of call,” he said.

Stefanski promised to make corrections, and the Browns immediately addressed their wayward kicking issue by waiving Seibert and signing Cody Parkey from the practice squad. Parkey, who kicked for Cleveland in 2016, is expected to handle the duties when the Browns host the Cincinnati Bengals on Thursday night.

In a way, the short week was a blessing as it helped Stefanski and his players quickly turn the page on Baltimore. However, it also increases the pressure to win — or at least play better — before the season snowballs the wrong way.

Cleveland ran the ball effectively until the score got out of hand and dictated more passes. Kareem Hunt (13 carries, 72 yards) and Nick Chubb (10, 60) give the Browns a potent combination, and it's possible Stefanski may have saved some formations with both on the field.

Mayfield and Odell Beckham Jr. still aren't meshing. This is their second season together, and there are times when it looks as if the QB and receiver just met.

Beckham was targeted 10 times Sunday and he caught just three passes for 22 yards. He also had a critical drop in the first half and negated a catch by first stepping out of bounds.

The Ravens did most of their damage in the air, and some of that was due to Browns defensive tackle Larry Ogunjobi, who was a disruptive force inside. The fourth-year player had four tackles, forced a fumble and was a constant presence.

Mayfield threw an interception on Cleveland's first possession, continuing a trend from 2019, when he had 21 picks and regressed from a strong rookie season. Mayfield was again antsy in the pocket and Stefanski used “inconsistent” to describe his quarterback's performance.

Tight end David Njoku will miss at least three weeks with a knee injury. He scored Cleveland's only points Sunday and finished with three catches for 50 yards, hauling in a 28-yarder before getting hurt.

Starting center JC Tretter “made it out OK” and was only sore in his first action since undergoing knee surgery on Aug. 13.

No time to dwell. The Browns' home opener will also be America's first long look at No. 1 overall pick Joe Burrow, who played like a rookie during much of his NFL debut and came up short of getting his first win when the Bengals missed a late field goal that would have tied the game.