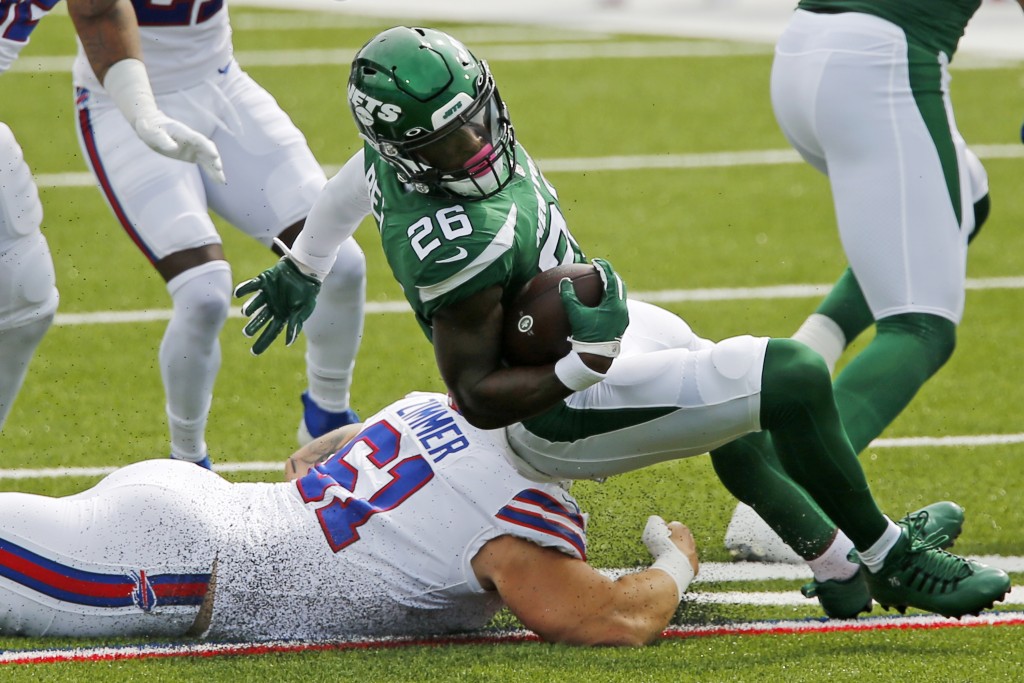 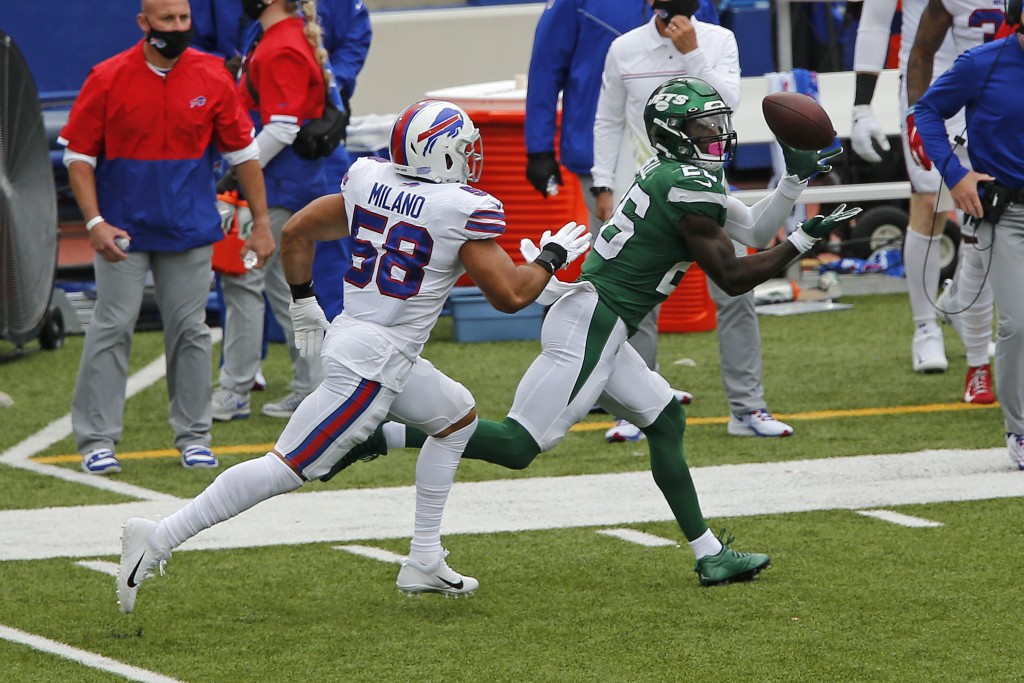 Coach Adam Gase says Monday he doesn't want to put a timetable on Bell's return, but says it could take some time because it's a soft-tissue injury.

Bell was injured on an incomplete pass late in the second quarter when Bills linebacker A.J. Klein was penalized for holding after he got tied up with Bell and sent the running back sprawling. Bell grabbed at the back of his left leg on the play before heading to the sideline.

He returned for the second half, with his left leg wrapped. But, Gase acknowledged Sunday after the game he was “mad at myself” for letting Bell back onto the field. Bell was removed from the game shortly into the third quarter and watched the rest of the game from the sideline.

Bell finished with six carries for 14 yards and two receptions for 32 yards in the 27-17 loss.

Gase and Bell spoke after the game, and the coach expressed some optimism that the injury wouldn't keep Bell out too long.

“I just know what kind of shape he's in, his work ethic and the way he finds ways to play through injuries and the way he bounces back," Gase said. "I just wouldn't be surprised if he came back quicker than anticipated.”

Frank Gore and Josh Adams are the only other healthy running backs on the roster. Rookie La'Mical Perine is still recovering from an ankle injury suffered in training camp.

Inside linebacker Blake Cashman has a groin injury that could also sideline him a few weeks, He was hurt in the first quarter and replaced by Harvey Langi.