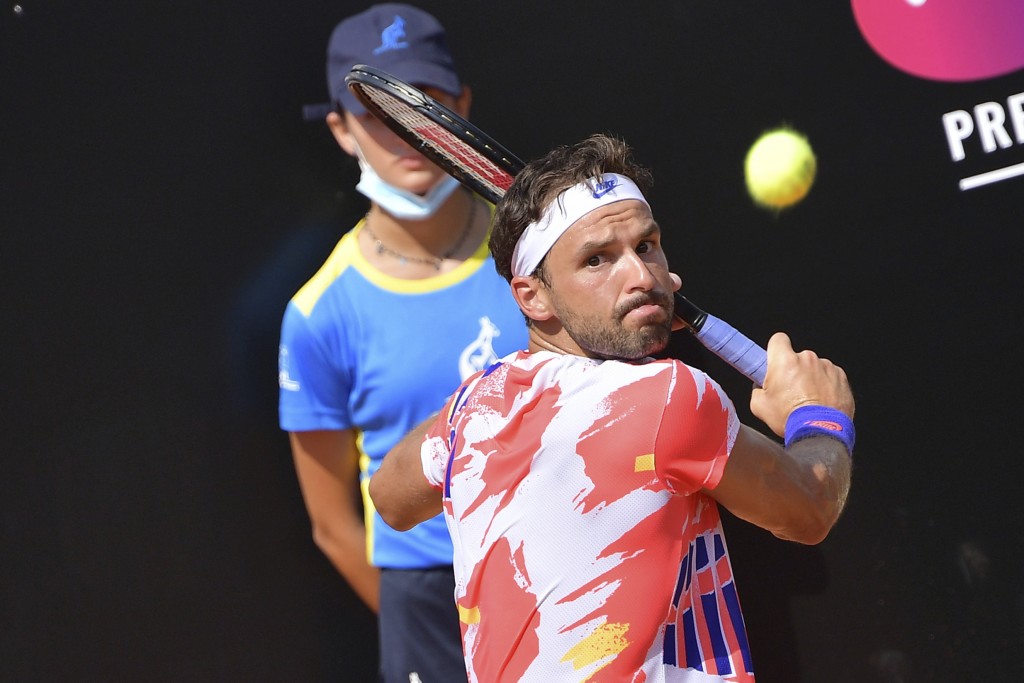 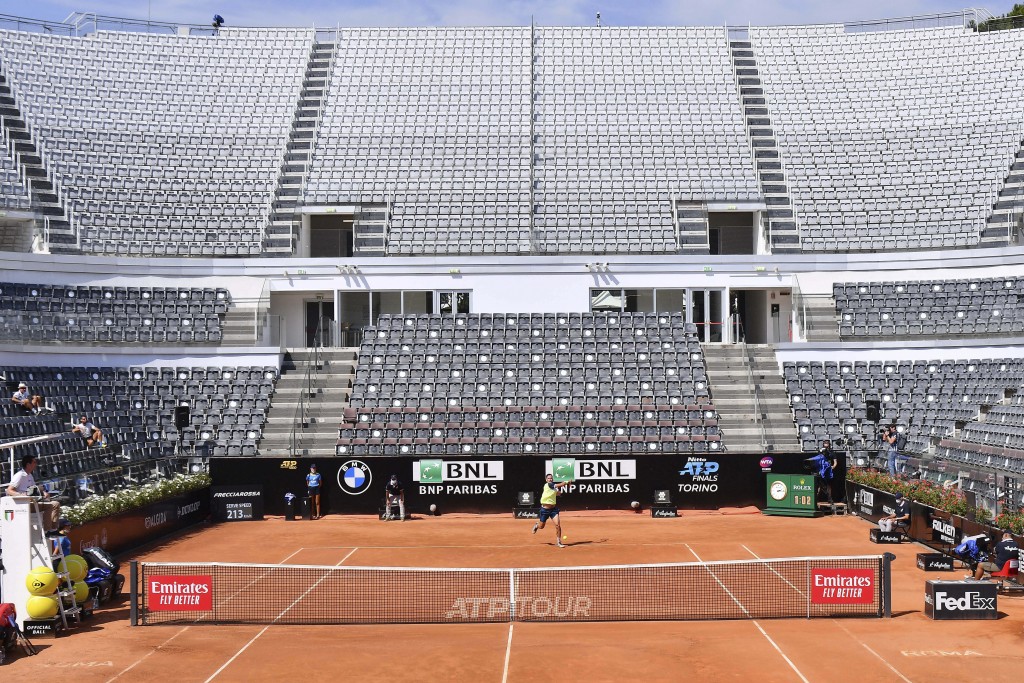 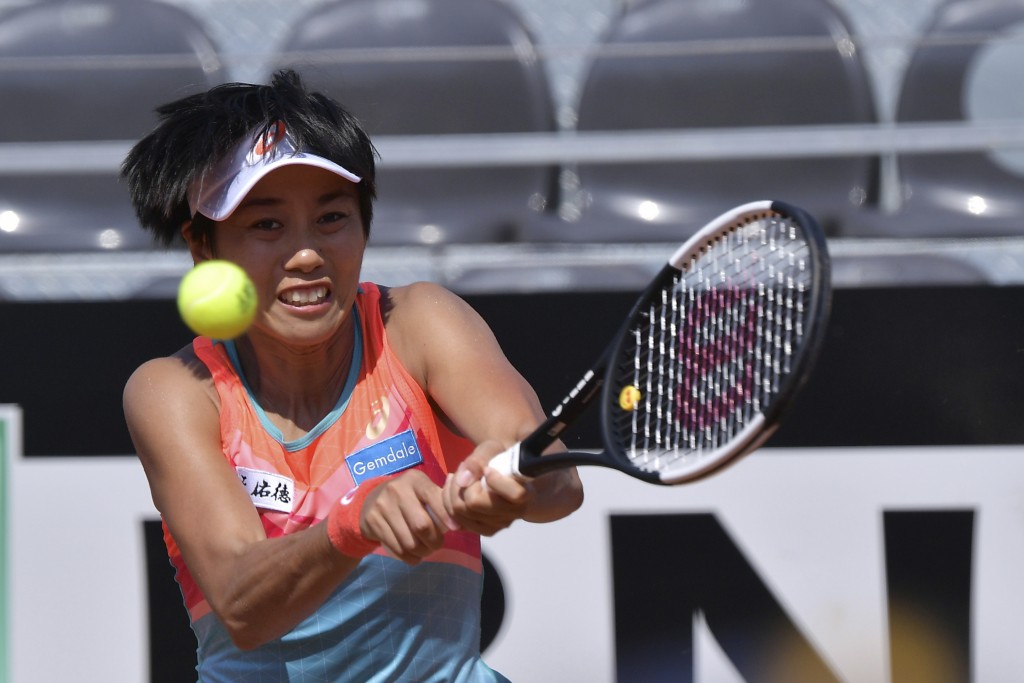 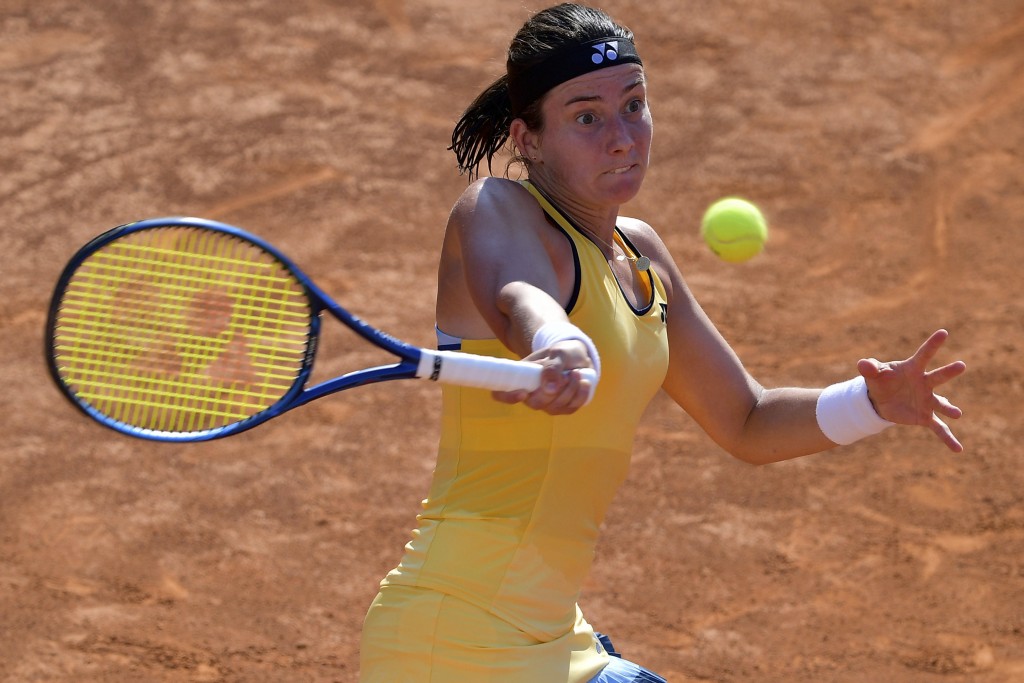 ROME (AP) — Benoit Paire's anger at being strictly confined at the U.S. Open after contracting the coronavirus boiled over at the Italian Open during a farcical first-round match on Monday.

The 24th-ranked Paire threw his racket high into the air twice during one game and showed little effort against Italian teenager Jannik Sinner in a 6-2, 6-1 loss.

Paire was forced to stay in isolation in New York until he tested negative -- preventing him from training. The Frenchman criticized Rome organizers for making him play on the opening day of the tournament.

“I made only one request, which is to play Tuesday to have an extra day of training after what happened to me in New York, and because I’m playing an Italian you put me on Monday,” Paire tweeted on Sunday.

Twice during the second set, Paire launched his racket high into the air in frustration -- the second time coming dangerously close to hitting the chair umpire.

Paire, who put on a face mask during some of the changeovers, had numerous verbal exchanges with the chair umpire but received only one warning for his behavior.

During the final game of the match, Paire slammed returns of serve into the net in anger -- with seemingly no intent of putting the ball into play. When he finally managed to get a return into play on Sinner’s first match point, Paire seemed surprised and didn’t bother running down Sinner’s reply.

“I had not played in 10 days, staying in my room,” Paire said. “It was a good training, I’m happy I played one hour. I even played one hour and four minutes. I’m happy I hung on for 1:04. I gave what I could. Jannik played very well.

“The result does not really matter,” Paire added. “I still have the doubles. I will try to entertain myself with Nico (Nicolas Mahut) and try to win a match.”

The tournament at the Foro Italico, where spectators are barred, was rescheduled from its usual May slot due to the pandemic.

Sinner said, “On one hand I can understand, after spending so many days under quarantine in New York. … In the end, I did what I needed to.” He moves on to meet third-seeded Stefanos Tsitsipas.