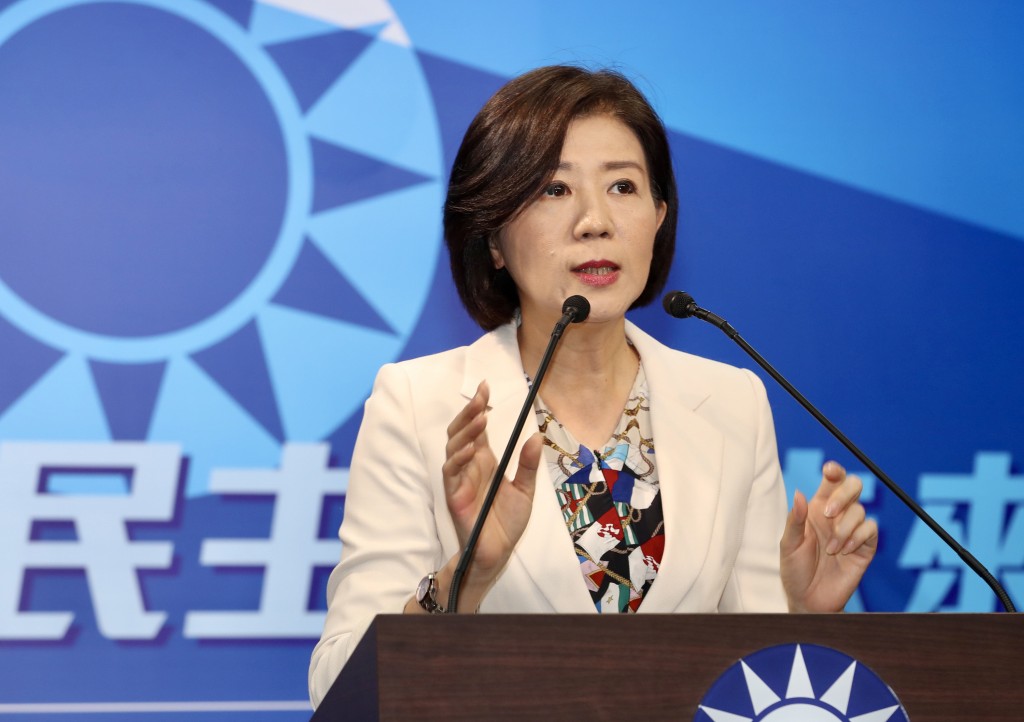 TAIPEI (Taiwan News) — The opposition Kuomintang (KMT) will not send a delegation to China for the upcoming Straits Forum in protest of Chinese state media’s inappropriate remarks, which the party has criticized as a blow to mutual trust.

Individual party members, however, will not be prohibited from attending the forum, said Wang Yu-min (王育敏), head of the KMT's Culture and Communications Committee, at a press conference on Monday (Sept. 14). The Straits Forum, which has been denounced by Taiwanese authorities as a platform for Beijing to promote its political agenda, will open on Sunday (Sept. 20) in the Chinese province of Fujian.

Former Legislative Speaker Wang Jin-pyng (王金平), who was previously appointed to lead the KMT delegation to China, will thus cancel his trip. He convened with KMT Chair Johnny Chiang (江啟臣) and the party’s secretary-general Lee Chien-lung (李乾龍) on Monday afternoon to discuss the party's response to the controversy.

With the title, “This man is coming to the mainland to beg for peace,” China Central Television (CCTV) described Wang as a “messenger” for the ruling Democratic Progressive Party (DPP). The KMT later slammed the Chinese state media’s report and lodged a protest against Beijing’s Taiwan Affairs Office (TAO), which hosts the forum, with a demand for an apology.

“The current atmosphere does not provide for exchanges and dialogues between both sides of the Taiwan Strait,” said Wang Yu-min, who also said that the party’s original intention, which Wang Jin-pyng had earlier described as extending a gesture of goodwill, has been compromised.

The KMT said on Monday that the party has not received an apology of any form from China.

“Any inappropriate remarks and behaviors will cause great damage to mutual trust and goodwill that have been accumulated through hard work,” Wang Yu-min said, adding that the cross-strait relationship is“complex” and full of "sensitive" issues.

Speaking with reporters prior to the meeting, Wang declined to comment on the CCTV report, saying that he would leave the talking to the party. He added that he would not attend the forum as an individual.

Lin Rong-te (林榮德), the former KMT acting chair, is reportedly taking part in the event instead. Yet the KMT declined to confirm the report, stressing that it is up to individual party members to decide whether or not to participate in the forum.