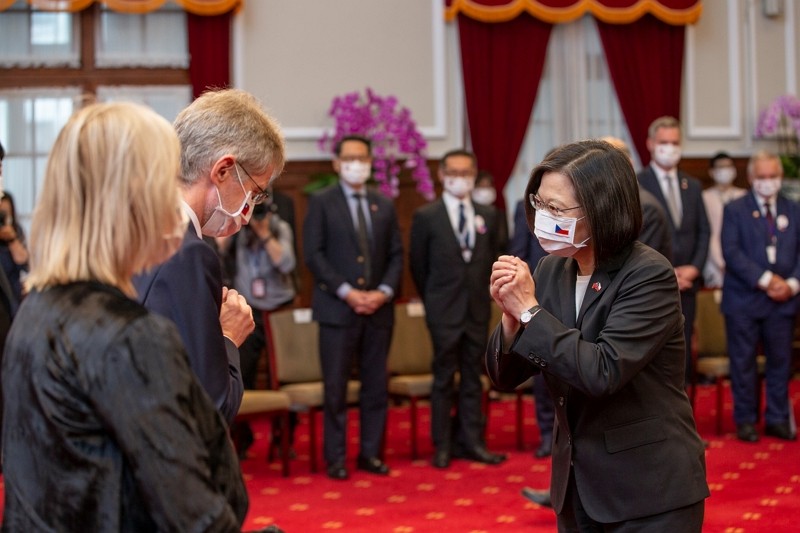 According to Up Media, several countries have contacted the Taiwanese government to schedule possible visits after U.S. Health Secretary Alex Azar and Czech Senate President Milos Vystrcil both made international headlines for their trips to Taipei. Rumors about U.S. Undersecretary of State Keith Krach's plan to hold in-person economic talks with Taiwan on Friday (Sept. 18) have also been circulating since he participated in a videoconference with Taiwanese officials in August.

Speaking on the condition of anonymity, an official from the Ministry of Foreign Affairs (MOFA) told Up Media that former and current government officials from Japan and other Asian countries have expressed a desire to follow in the Czech delegation's footsteps. However, MOFA has advised most of them to postpone their trips to next year due to concerns over the pandemic workload.

The official pointed out that MOFA has been under high pressure in ensuring the safety of their guests as well as citizens in the country. With the ongoing coronavirus pandemic, MOFA worries that too many high-level visits from foreign governments would overwhelm epidemic prevention workers as well as government officials, the person explained.

The MOFA official said the ministry is thrilled about collaboration opportunities from the international community, but it is also aware of its responsibility of adhering to the country's epidemic prevention guidelines. It also believes foreign guests will have a better time enjoying Taiwanese culture and cuisine once the pandemic situation eases next year.