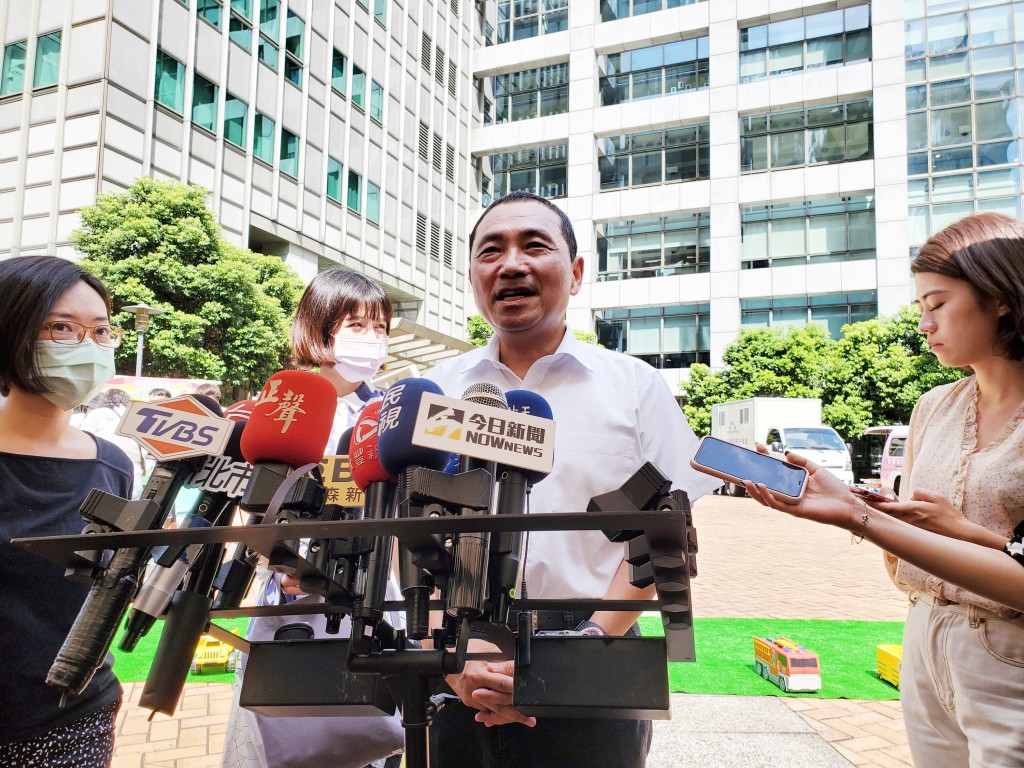 TAIPEI (Taiwan News) — New Taipei City Mayor Hou You-yi (侯友宜) on Sunday (Sept. 13) said that a referendum on imported U.S. pork is a normal way for the public to voice its opinion on the issue and that he will do his best to protect the health of the city's residents.

The Kuomintang (KMT) on Sunday began the referendum process across Taiwan to counter the newly greenlit American pork containing ractopamine, but outsiders believe that the plebiscite may have come too late, as the government will allow imports of pork grown with the leanness-enhancing additive on New Year’s Day, Liberty Times reported.

Hou participated in an interview after inspecting the construction site for an art exhibition center in New Taipei City’s Banqiao District. He stated that a recent poll shows about 70 percent of Taiwanese oppose importing U.S. pork and worry about related health risks.

Many people have expressed their support for prohibiting U.S. pork imports, Hou claimed. He added that the KMT party and others have merely amplified the voice of the people and that there cannot be any delay in protecting the health of Taiwanese.

Since the government insists on allowing the American products into the nation, it must take full responsibility, he asserted.

In response to the perception that the referendum has become a symbolic effort to impede the imports, Hou responded that the public is opposed to the move. Regardless of the speed of the referendum process, he said, Taiwanese must strive to protect their health and carry out stringent food safety checks.

Hou concluded by saying that local governments must do their utmost to protect the health of their citizens.