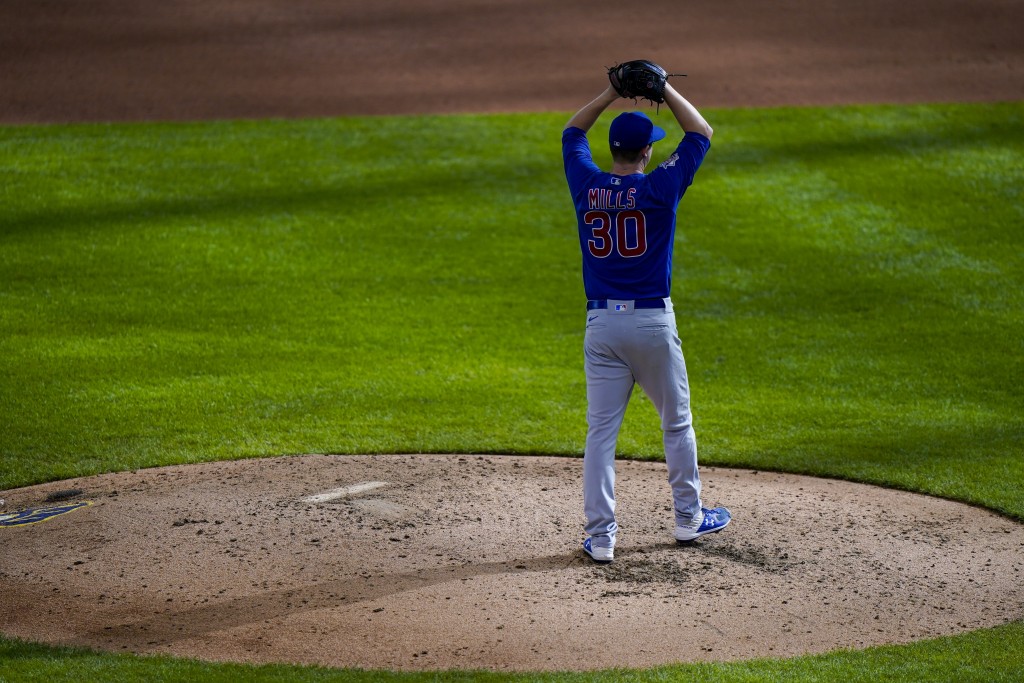 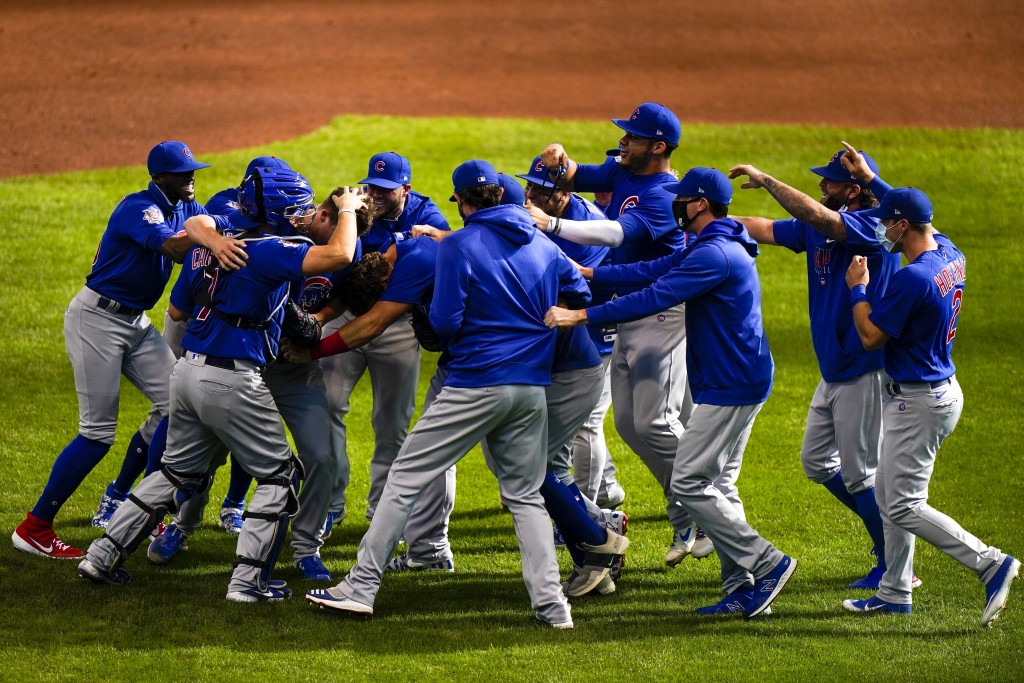 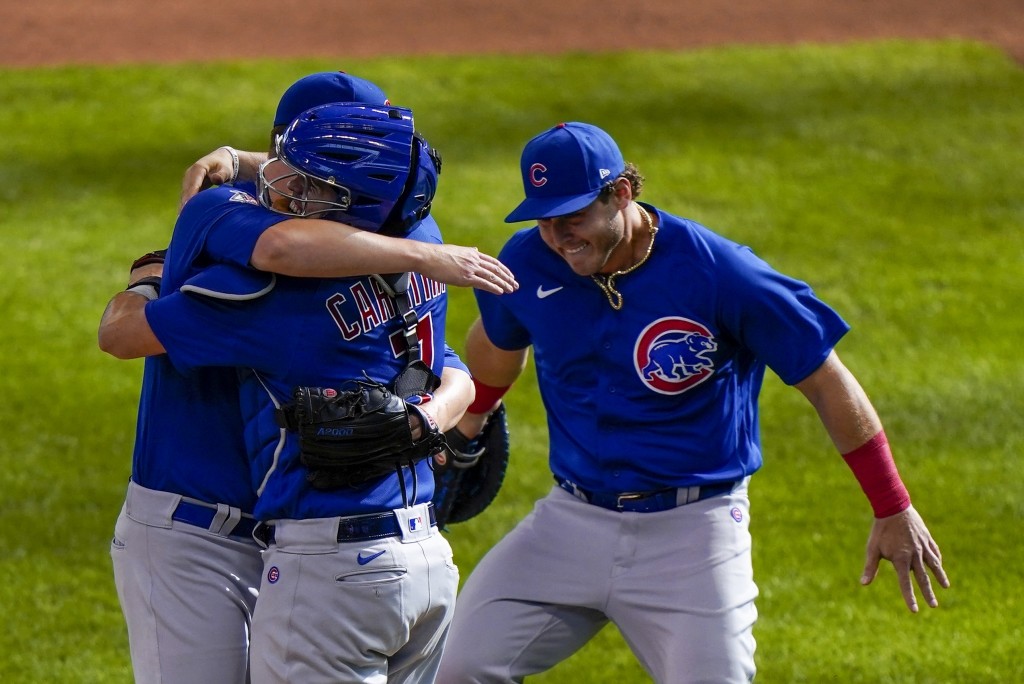 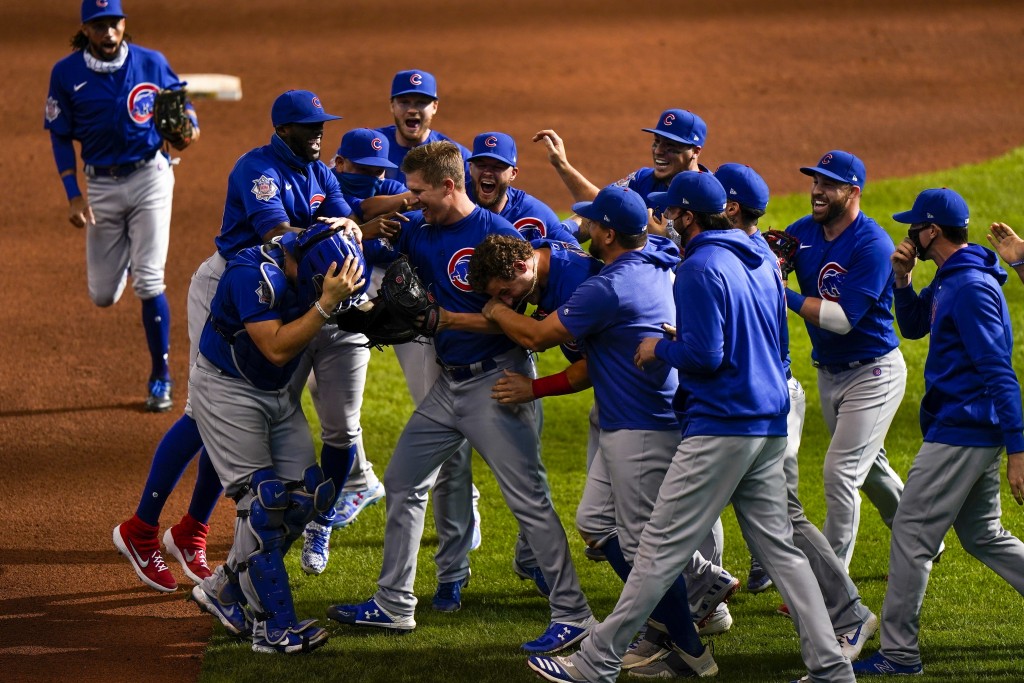 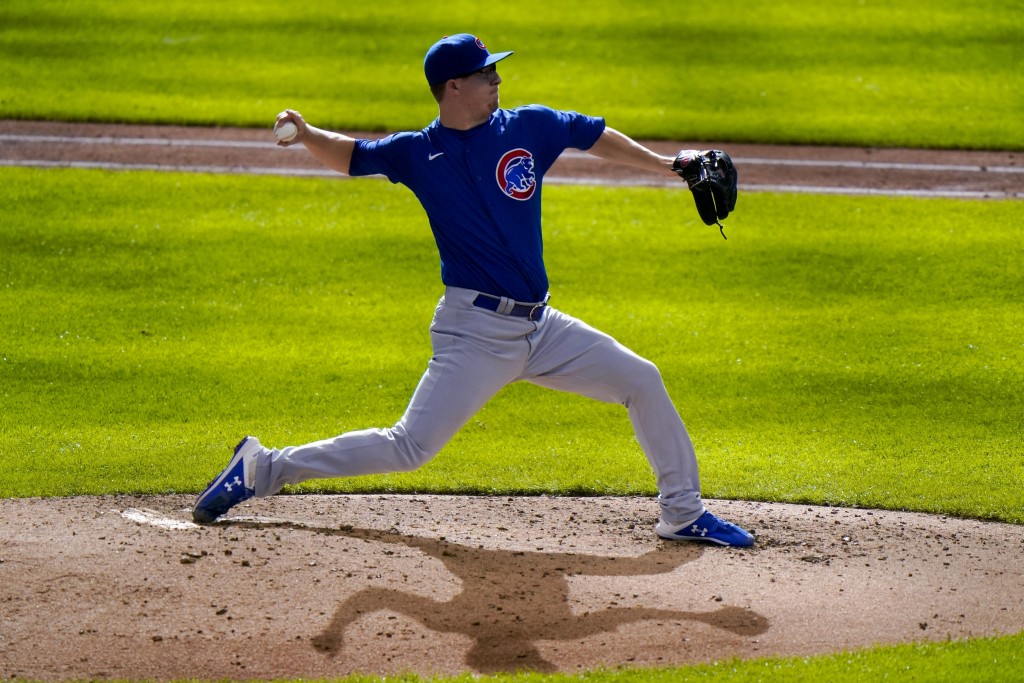 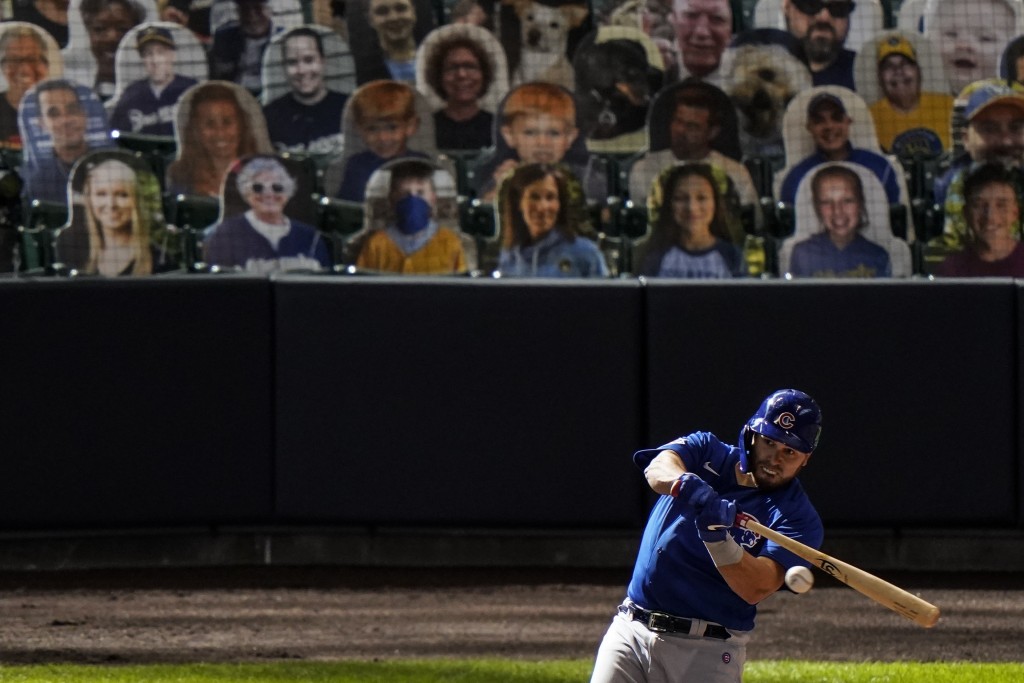 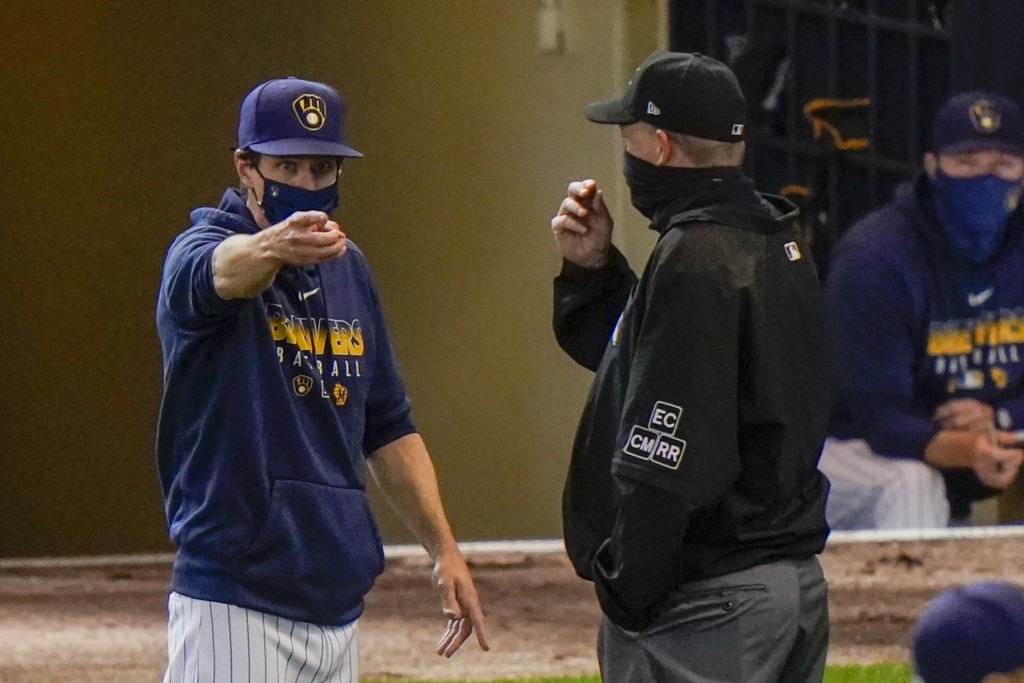 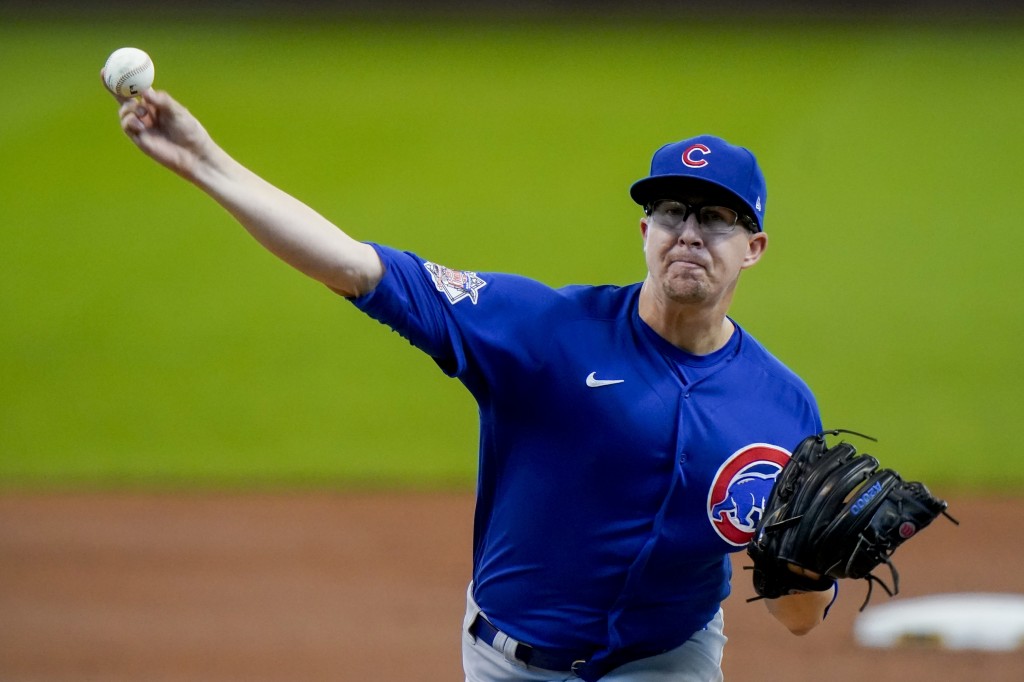 MILWAUKEE (AP) — Alec Mills cruised through baseball's second no-hitter this season, shutting down the Milwaukee Brewers for the Chicago Cubs' 16th no-hitter in a 12-0 victory Sunday.

Mills got Jace Peterson — who replaced star slugger Chritsian Yelich late in the blowout — to hit a routine grounder to shortstop Javier Baez with two outs in the ninth. Baez completed the play, and the Cubs swarmed around Mills, tearing off his cap and pulling at the smiling right-hander's uniform.

Mills (5-3) threw 114 pitches and hardly had any close calls. Avisail Garcia nearly got to him twice, hitting a line drive to right in the first and nearly legging out an infield hit to shortstop in the sixth. Garcia crossed first and immediately called to the Brewers dugout for a review, but after a very brief stoppage, the Brewers opted not to challenge.

Mills would have faced Garcia again in the ninth, but Milwaukee manager Craig Counsell had pulled Garcia and Yelich with his team trailing big. Mills struck out Garcia's replacement, Tyrone Taylor for the second out in the ninth.

Mills struck out five and walked three. His five strikeouts are the fewest in a Cubs no-hitter since Ken Holtzman in 1969.

Mills was a 22nd-round draft pick by Kansas City in 2012. He had started just six major league games prior to this season but cracked Chicago’s rotation because of an injury to Jose Quintana. He went 2-0 with a 1.38 ERA in his first two starts, struggled in his next five but pitched solidly Tuesday against the Reds with six shutout innings. He entered Sunday 4-3 with a 4.74 ERA this season.

The players’ yells of congratulations echoed around the empty stadium, which has yet to have Brewers fans in attendance for a no-hitter. Cubs pitcher Carlos Zambrano has thrown the only no-hitter at Miller Park, against the Houston Astros on Sept. 14, 2008. The Cubs played the Astros in Milwaukee because of damage in the Houston area from Hurricane Ike.

Mills completed the Cubs' first no-hitter since Jake Arrieta did it twice in a few months: at the Los Angeles Dodgers on Aug. 30, 2015, and at Cincinnati on April 21, 2016.

Milwaukee had not been held hitless since Detroit’s Justin Verlander pitched the first of his three gems on June 12, 2007. It's the fourth time the Brewers have been no-hit.

Held without a hit through three innings, the Cubs broke through against Milwaukee in the fourth against starter Adrian Houser (1-5) due in large part to shoddy fielding by the Brewers. Kyle Schwarber drew a one-out walk, Baez reached on an error and Jason Heyward followed with a bloop double to left to drive in a run.

With the infield in, Jason Kipnis hit a ball directly to Brewers second baseman Keston Hiura, who had it slip out of his hand as he tried to rush a throw to the plate, allowing a run to score.

Victor Caratini followed with a run-scoring bloop single and Ian Happ connected for a two-run single as the Cubs scored five runs in the inning, all unearned.

David Bote’s two-run homer later in the fifth extended the lead to 9-0. Caratini’s run-scoring double in the seventh put the Cubs up 10-0. Chicago added a pair of runs in the ninth off Orlando Arcia, the Brewers shortstop who came on to pitch the final inning.

Cubs: 3B Kris Bryant, who continues to get treatment for a sore wrist, got the day off. ... OF Cameron Maybin, who was scratched from Saturday’s game due to a stomach illness, remained out of the starting lineup but was available off the bench.

Brewers: LHP Brett Anderson, who was scratched from his scheduled start on Saturday with a tight right hip, is scheduled to take the mound on Tuesday against St. Louis.

Cubs: After a day off Monday, Chicago opens a two-game interleague series at home against Cleveland. Yu Darvish (7-2, 1.77 ERA) will start for the Cubs. Darvish is 1-3 with a 3.52 ERA in six career starts against the Indians.