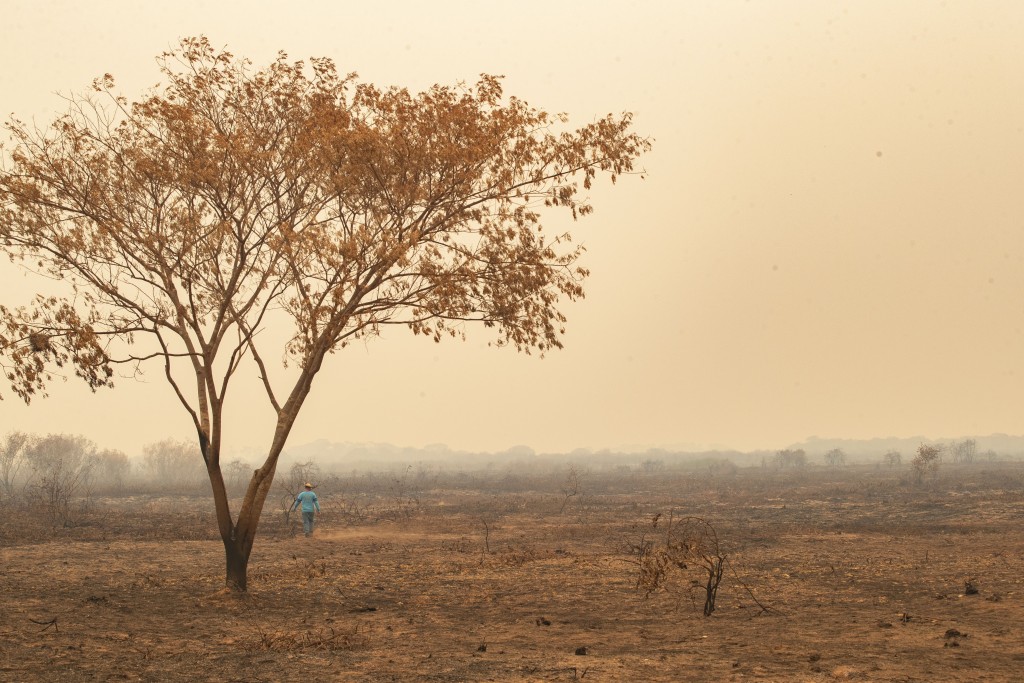 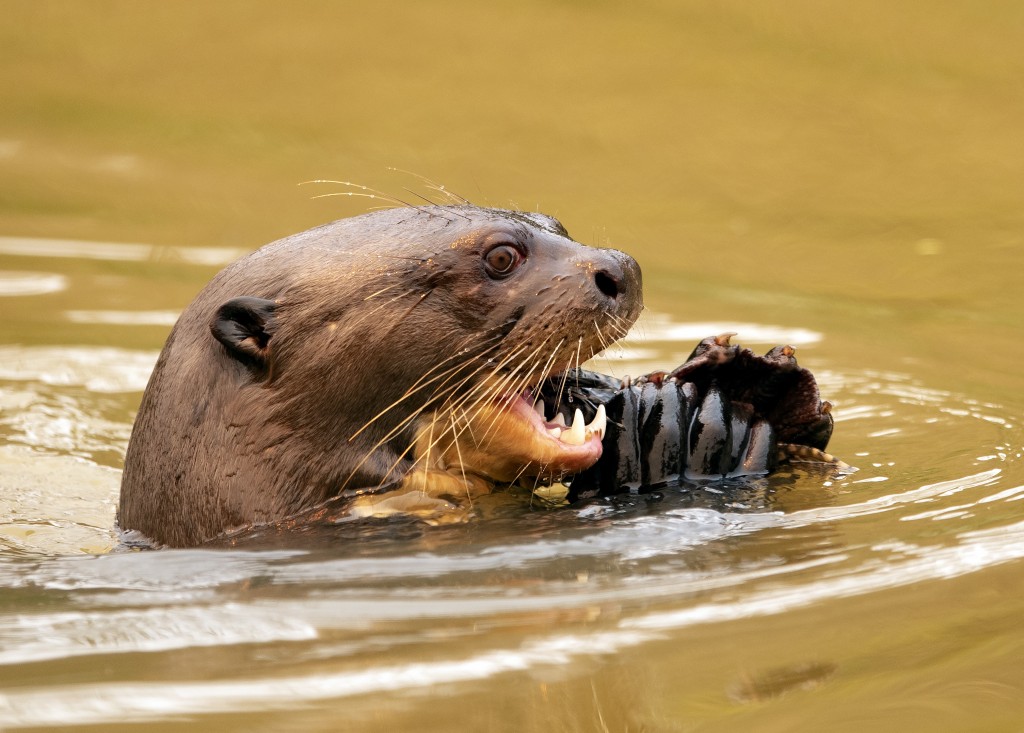 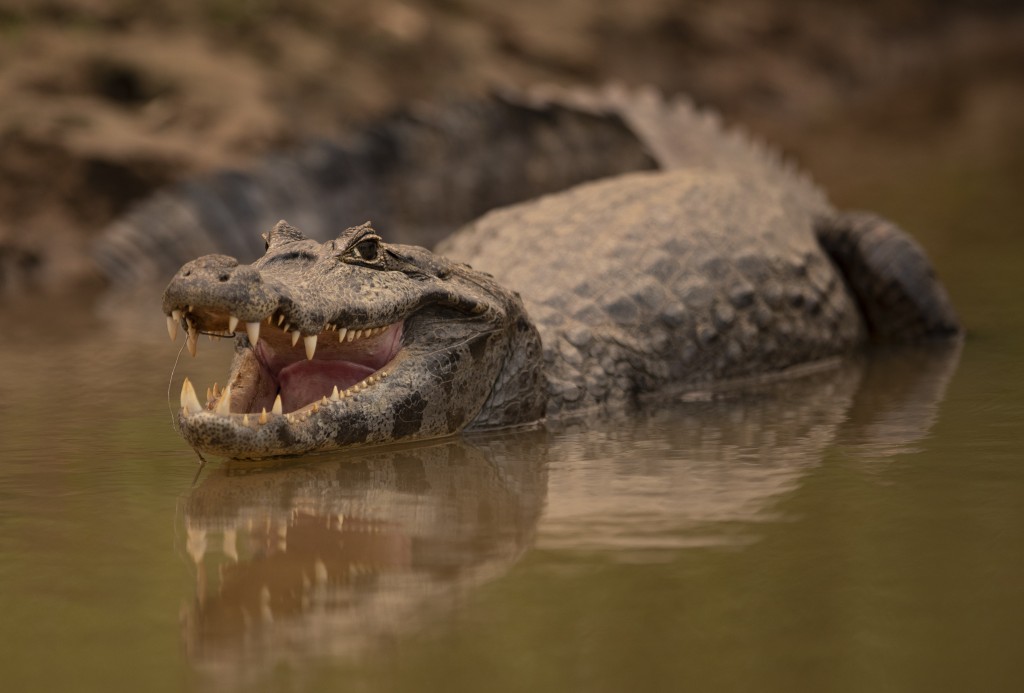 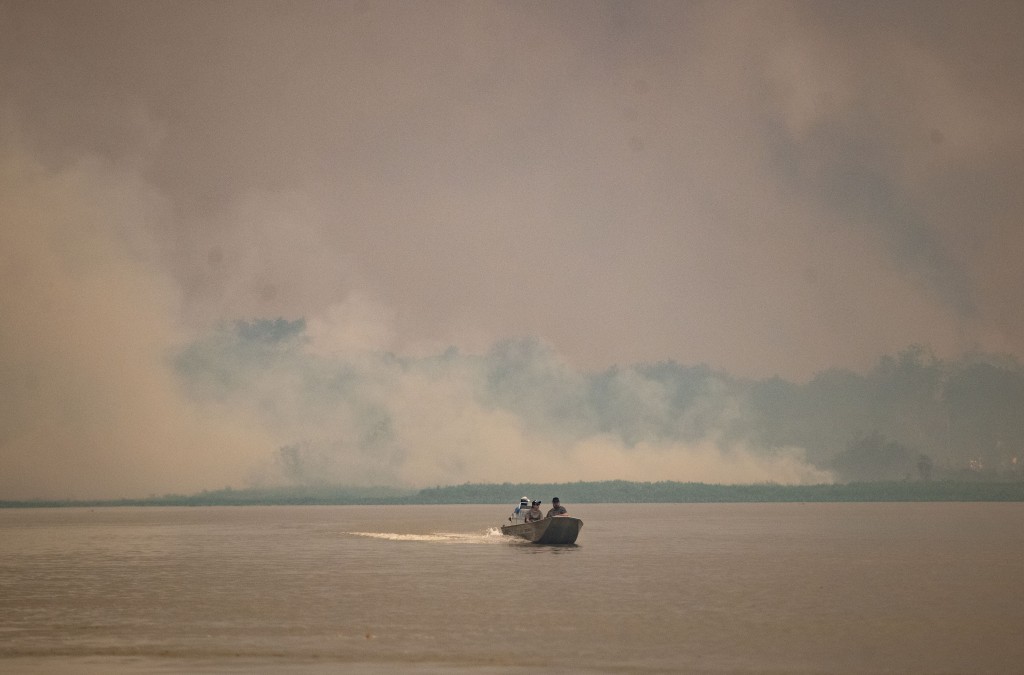 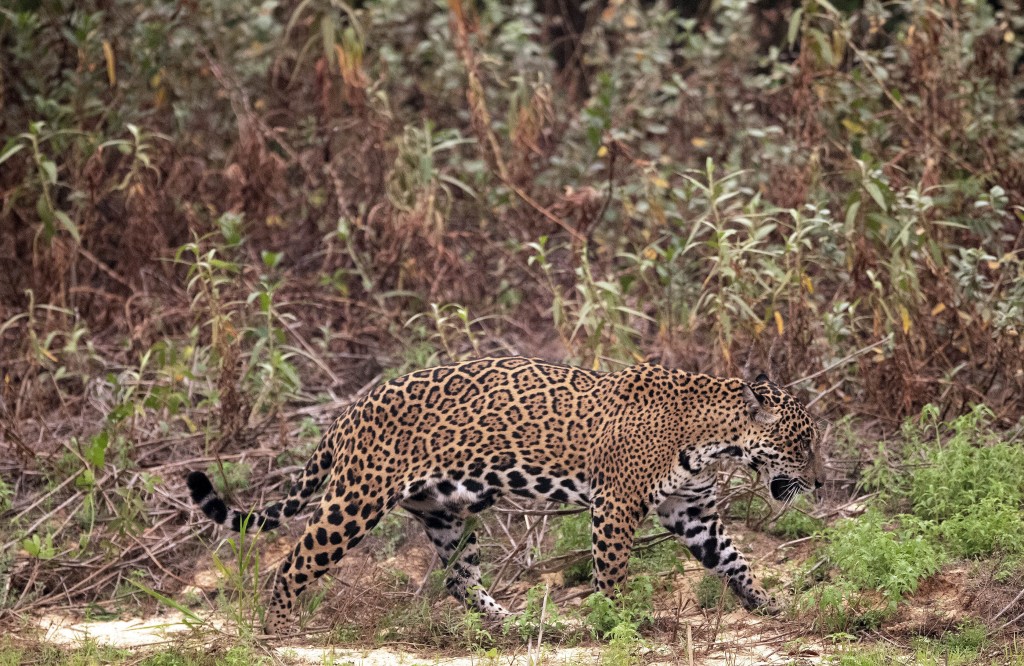 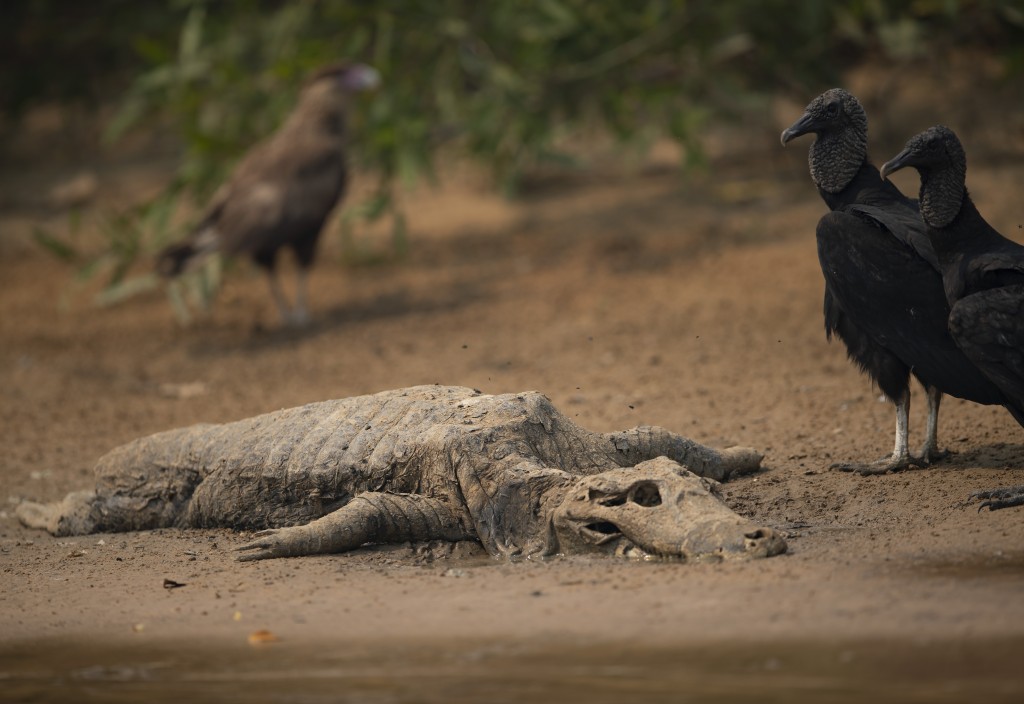 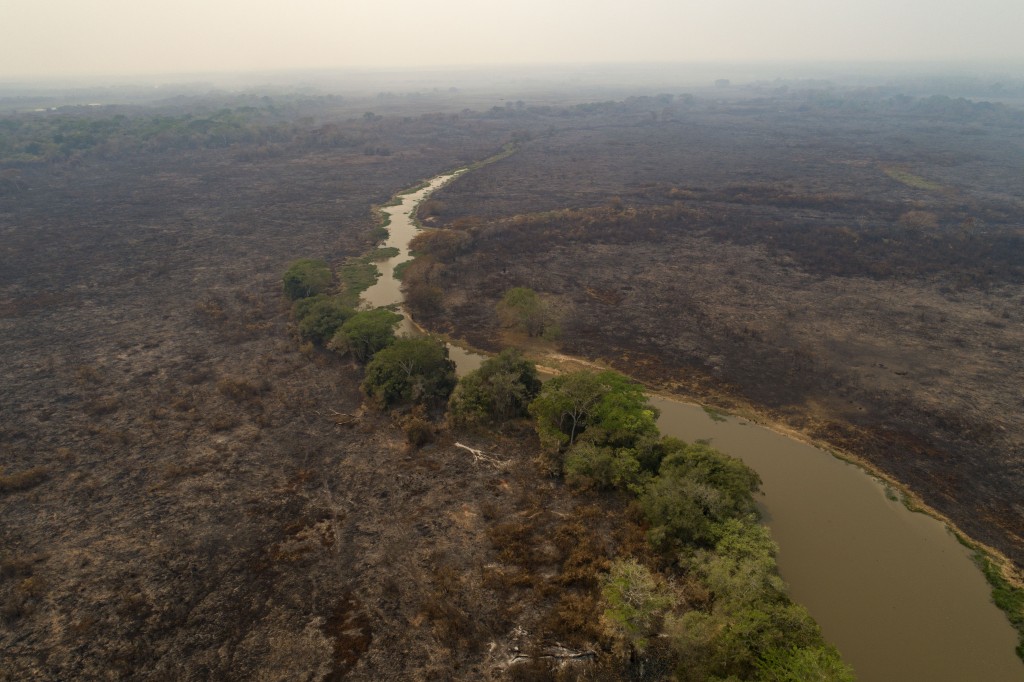 BRASILIA, Brazil (AP) — A vast swath of a vital wetlands is burning in Brazil, sweeping across several national parks and obscuring the sun behind dense smoke.

Preliminary figures from the Federal University of Rio de Janeiro, based on satellite images, indicate that nearly 5,800 square miles (1.5 million hectares) have burned in the Pantanal region since the start of August — an expanse comparable to the area consumed by the historic blazes now afflicting California. It's also well beyond the previous fire season record from 2005.

Brazil's National Institute for Space Research, whose satellites monitor the fires, said the number of Panantal fires in the first 12 days of September was nearly triple the figure for the same period last year. From January through August, the number of fires more than tripled, topping 10,000.

Fernando Tortato, who has been working and living near the Encontro Das Aguas reserve since 2008, said he's never seen the fires as bad as this year.

“It is an immense area that has been burned and consumed by the fire. And we still have another two, three or four weeks without rain” ahead, he said.

Firefighters, troops and volunteers have been scrambling to find and rescue jaguars and other animals before they are overtaken by the flames, which have been exacerbated by the worst drought in 47 years, strong winds and temperatures exceeding 40 degrees centigrade (104 fahrenheit).

While illegal logging, mining and faming operations have been blamed for most of the fires in the Amazon region to the north, a spokesman for Mato Grosso state's firefighters, Lt. Col. Sheila Sebalhos,said one of the causes of this year’s Pantanal fires is the practice of burning roots to smoke wild bees from their hives to extract honey.

The Pantanal holds thousands of plant and animal species, including 159 mammals, and it abounds with jaguars, according to the World Wildlife Fund. During the rainy season, rivers overflow their banks flood the land, making most of it accessible only by boat and plane. In the dry season, wildlife enthusiasts flock to see the normally furtive jaguars lounging on riverbanks, along with macaws, caimans and capybaras.

About 200 jaguars in the area already have been injured, killed or forced from their territories by thew fires, according to Panthera, an international wild cat conservation organization.

Firefighters and the Mato Grosso environment ministry have created a center for rescued animals.

“We feel a little discouraged, but we try to have hope to rescue the few animals we can,” said veterinarian Karen Ribeiro, 26, who was treating an injured bird on Friday.

On Friday, Brazil's navy used a helicopter to rescue a burned jaguar cub and take it to a veterinary hospital.