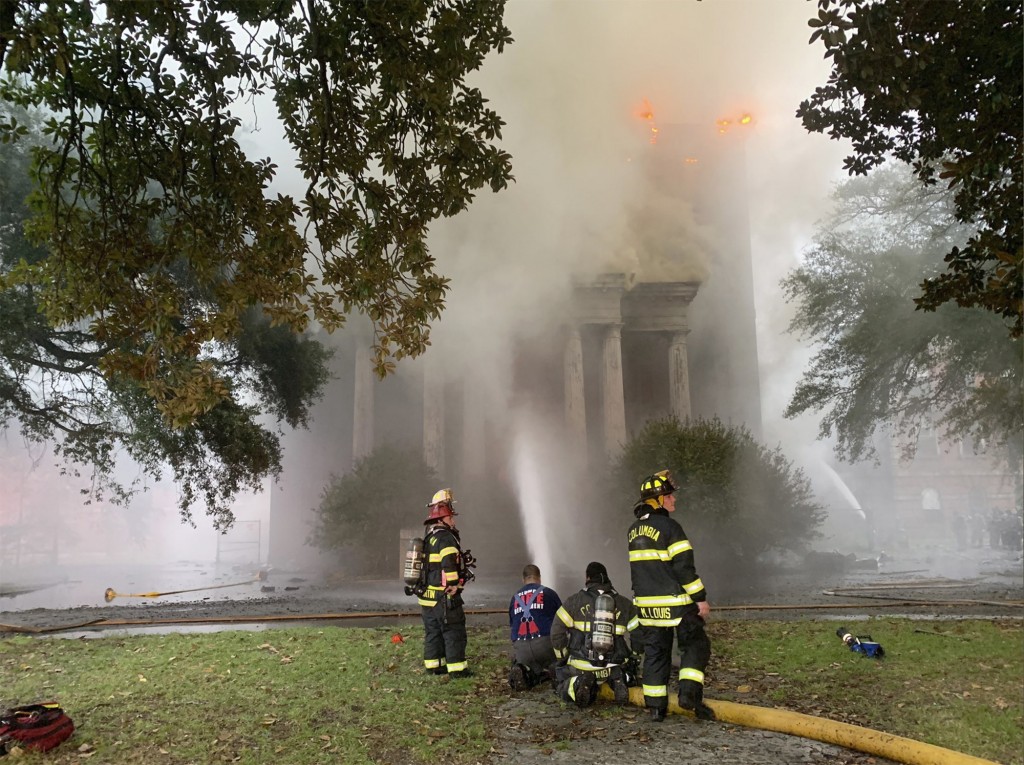 The Columbia Police Department released the images on Saturday of the people and a red pickup truck captured near a fire at the Dr. James Woods Babcock Building, part of a shuttered former mental health asylum that was slated to be converted into a luxury housing development.

Officials say more than 50 firefighters and 14 firetrucks worked to extinguish the three-alarm fire, which burned for more than 10 hours and caused an estimated millions of dollars in damage. Two firefighters suffered minor injuries when they were hit by falling debris. Video of the fire showed that dome and cupola slide off the burning structure, collapsing into the inferno below.

A cause had not been determined for the fire. Police said they are working the case along with fire officials, state police and the federal Bureau of Alcohol, Tobacco, Firearms and Explosives.

On the National Register of Historic Places, what was known as the Babcock Building, with its famous raised cupola and 12-sided dome, became a notable part of Columbia’s downtown skyline after construction began in 1857. It closed in 1996 and has been a hallmark of the complex, in various stages of redevelopment for years.

Known as the BullStreet District, the campus has evolved into a variety of one of the country’s largest downtown mixed-used projects, a more than $100 million effort by the Hughes Development Corporation in Greenville, including a minor league baseball stadium and office building. The 200,000-square-foot Babcock Building had been planned to be turned into more than 200 luxury apartments, with closing on the $40 million effort slated for later this month.