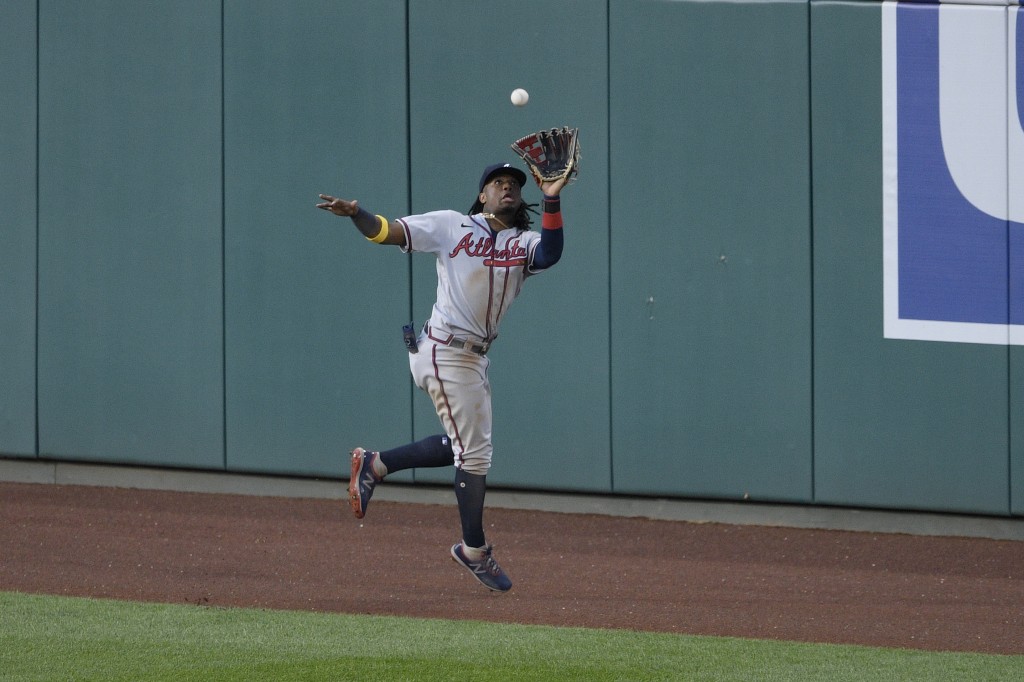 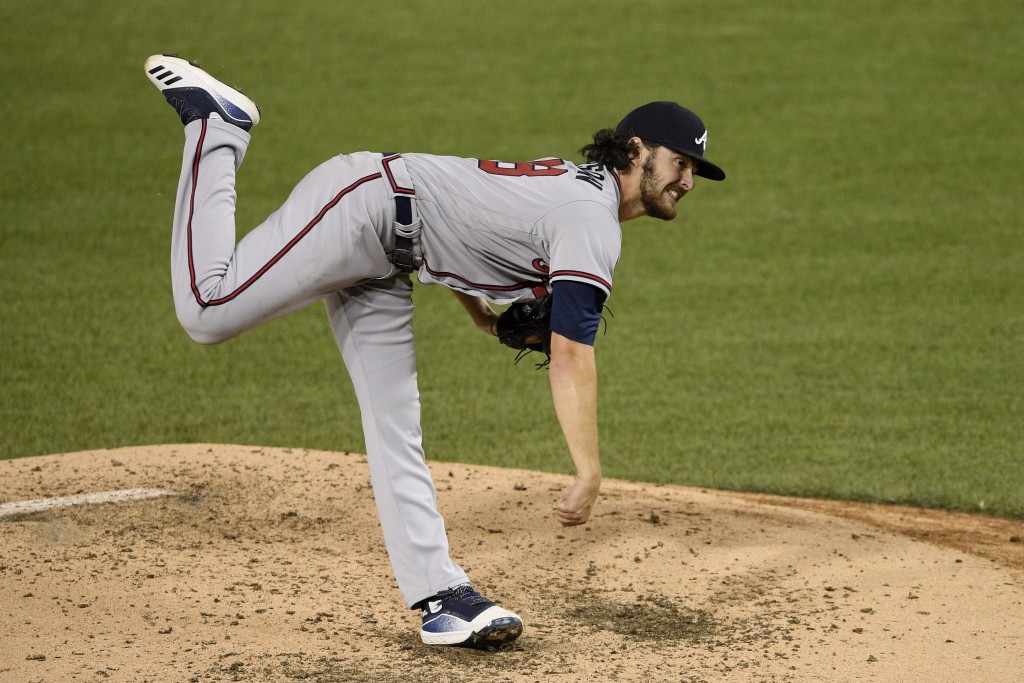 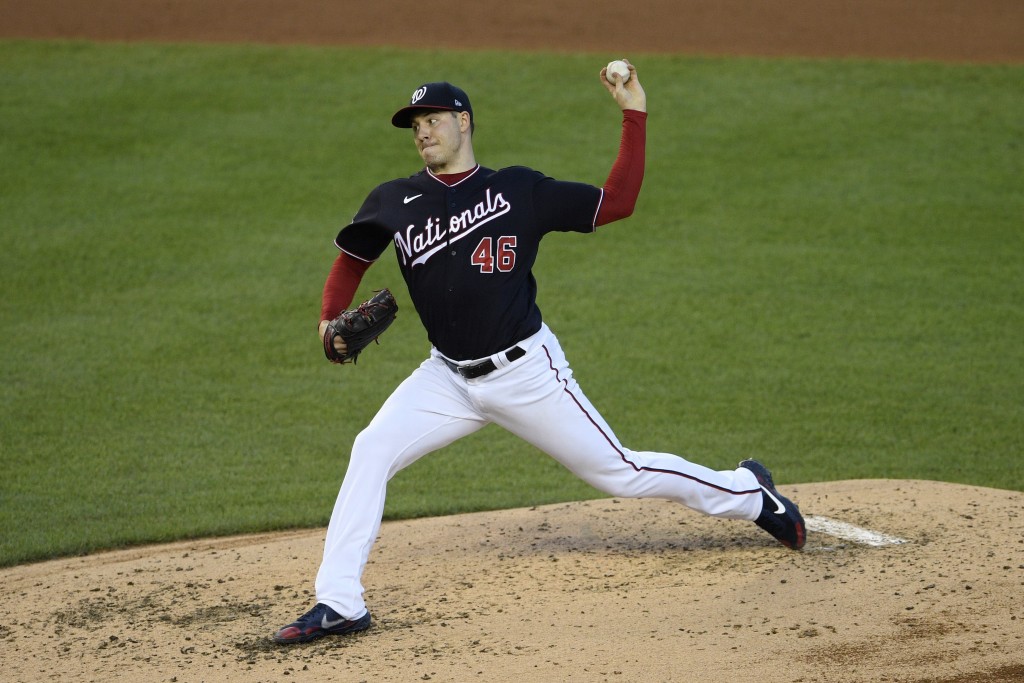 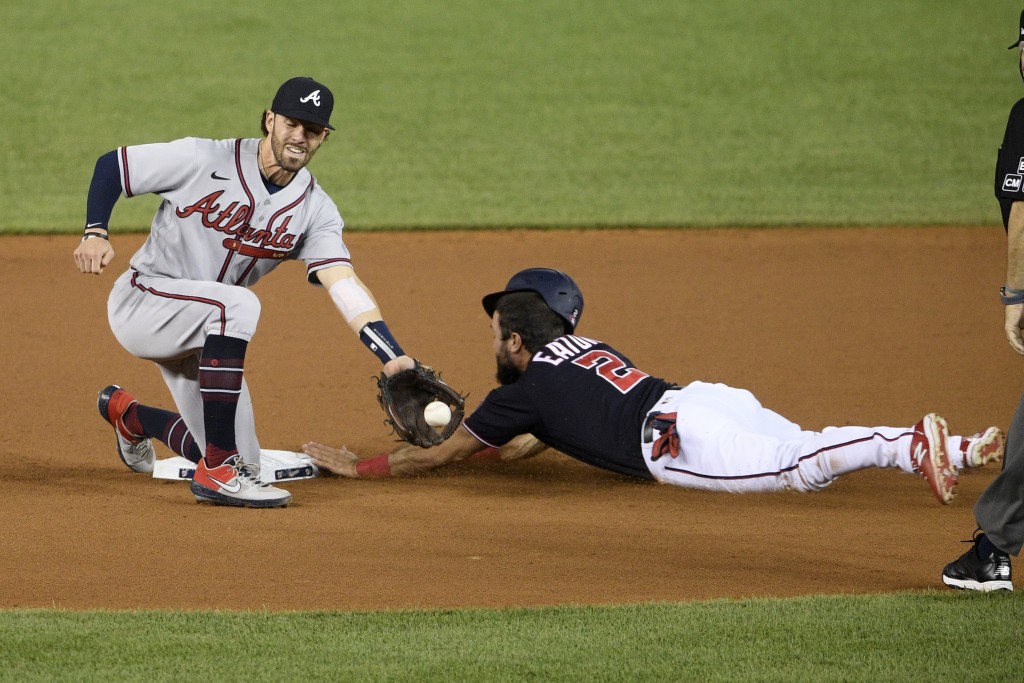 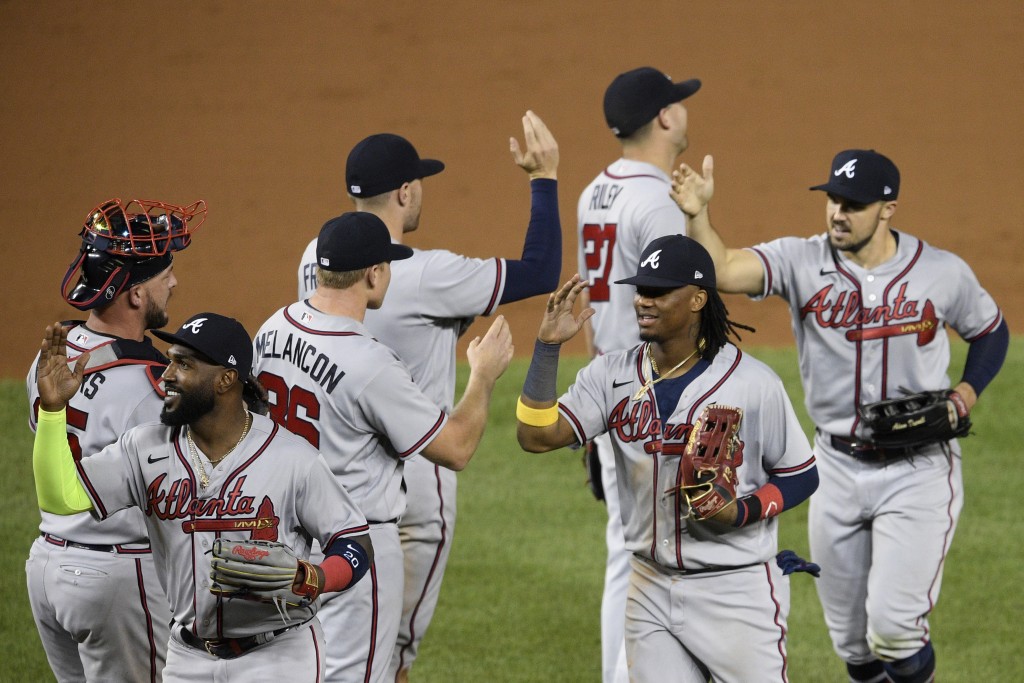 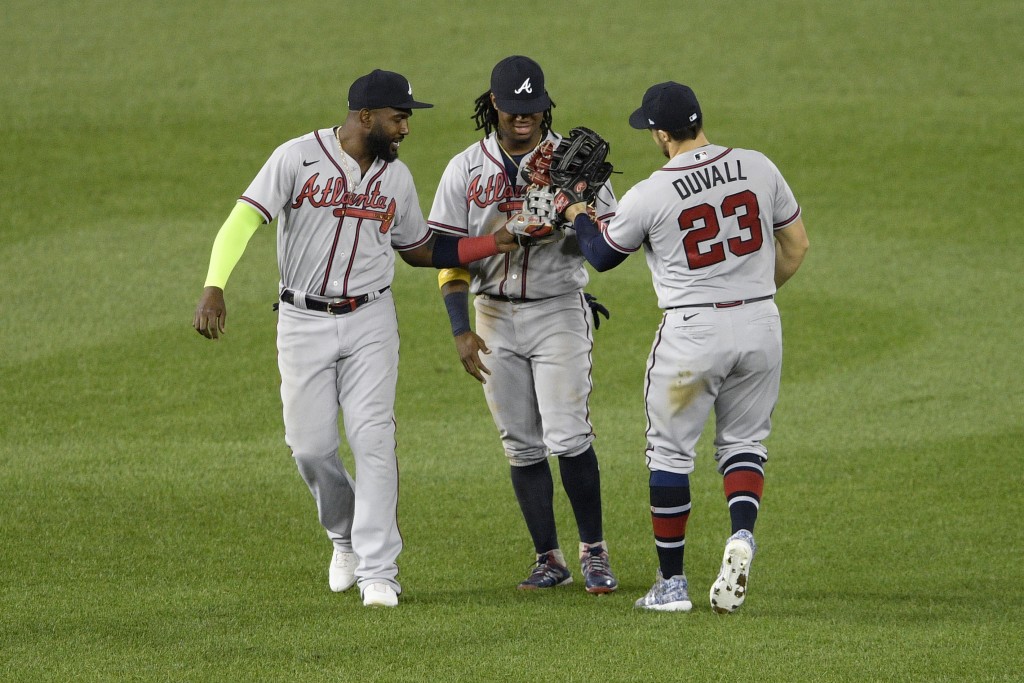 WASHINGTON (AP) — Rookie Ian Anderson allowed one hit over seven scoreless innings and the NL East-leading Atlanta Braves held on to beat the Washington Nationals 2-1 on Saturday night after closer Mark Melancon escaped a bases-loaded jam in the ninth.

In his fourth career start, Anderson (3-0) allowed his only hit when Asdrúbal Cabrera put a bunt down the third baseline. Anderson had a season-high nine strikeouts, allowed three walks and retired the final 12 batters he faced.

Melancon earned his 10th save in 11 chances, getting Victor Robles to pop out to right field with the bases loaded.

After falling behind 5-0 in each of the first two game of the series, Ronald Acuña Jr. had a single, a stolen base, and scored a run on a Marcell Ozuna single in the first inning as Atlanta never looked back. Ozzie Albies' two-out RBI single in the fourth pushed the Braves lead to 2-0.

Adam Eaton came in as a pinch hitter to lead off the eighth against Braves reliever Shane Greene and got the Nationals' second hit of the game on a single to right. He stole second and then scored on a two-out RBI double by Trea Turner.

Washington loaded the bases in the ninth on singles by Cabrera and Eric Thames, and an intentional walk to Eaton, but Robles popped out to right to end the game.

Atlanta has just three shutout wins through 46 games in the coronavirus-shortened season.

Nationals starter Patrick Corbin (2-5) allowed two runs on nine hits while striking out eight. The left-hander has lost his last five decisions, and last-place Washington has posted a 2-7 record in his starts in 2020.

Braves: LHP Cole Hamels (triceps tendinitis) is tentatively slated to make his first start of the season on Wednesday in Baltimore. ... Acuña Jr. was back at the top of the Braves order after leaving Friday night’s game in the fourth inning after fouling a ball off his left foot. Acuña Jr. finished 1 for 4 with three strikeouts.

Nationals: Manager Dave Martinez said RHP Tanner Rainey had foreman tightness and will have the next few days off after an MRI came back negative on Friday. ... Martinez gave an update on LHP Sean Doolittle, saying that his right oblique strain was significant and that maybe he could come back if Washington makes the postseason.

Braves: RHP Kyle Wright (0-4, 8.05 ERA) makes his fifth start of the season in the series finale Sunday. He has pitched beyond the fourth inning just once.