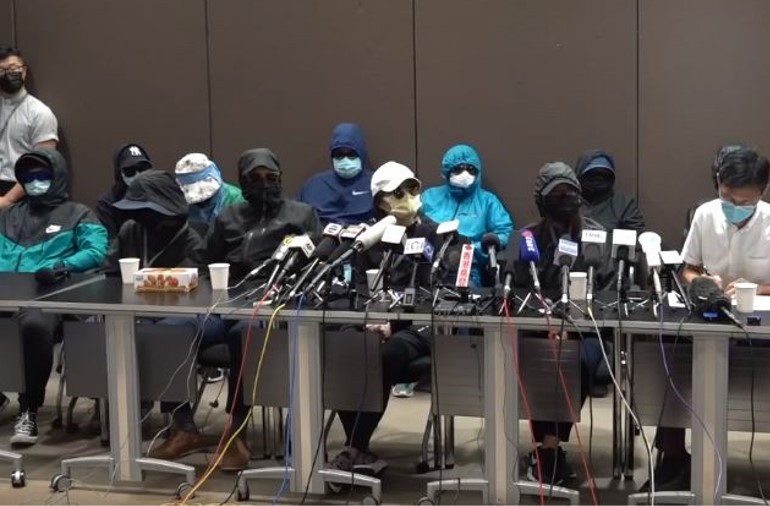 TAIPEI (Taiwan News) — The families of 12 Hong Kong detainees jailed in China attended a press conference with their faces covered on Saturday (Sept. 12).

On Aug. 23, 12 Hongkongers, including pro-democracy activists, were arrested by Chinese maritime police as they set out to make a sea crossing and flee to Taiwan. Their families were later informed by Hong Kong police they had been held at a detention center in Yantian, Shenzhen.

They hired local lawyers and followed due process, but nevertheless the detainees were not allowed to receive legal counsel. The families say this flouts Chinese and international law.

On Sept. 10, Chinese lawyer Ji Zhongjiu (紀中久) was prevented from meeting the detainees and was told lawyers had instead been appointed by the Chinese state. The next day, Ji returned and tried to see the detainees but was again unsuccessful, Stand News reported.

An unnamed Chinese lawyer claimed they were threatened by a Chinese security official and asked to drop the case or suffer career consequences. He was required to notify the authorities before traveling to Shenzhen, had to be accompanied by a security official, and could not give interviews.

"I don't trust this government will keep its promises anymore," said one woman. "No matter what, I just hope my husband can return to Hong Kong safely as soon as possible."