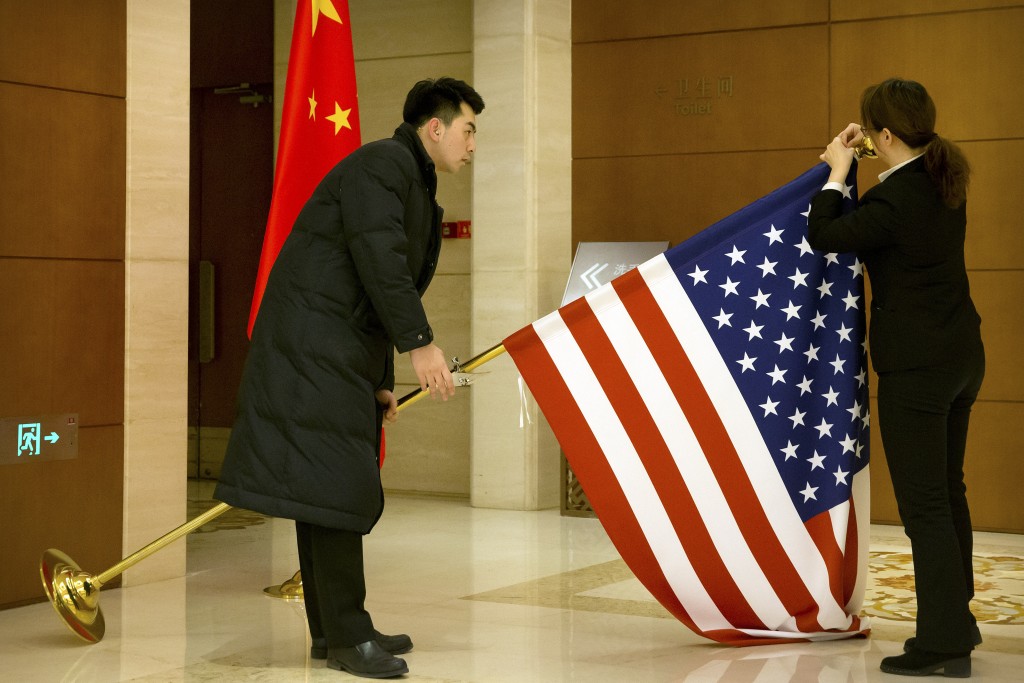 BEIJING (AP) — China has announced new restrictions on the activities of U.S. diplomats working in mainland China and Hong Kong, in what it called a justified response to similar measures imposed on Chinese diplomats in the U.S. last year.

In a statement posted online late Friday, a foreign ministry spokesperson said the rules would apply to senior diplomats and all other personnel at the American Embassy in Beijing and consulates throughout China.

However, the spokesperson said China supported “normal exchanges and cooperation between all sectors of the two countries" and said the restrictions could be lifted if the U.S. were to revoke the measures it imposed last October.

“Once again we urge the U.S. side to immediately correct its mistakes and lift the unreasonable restrictions imposed on the Chinese Embassy and consulates and their staff. China will make reciprocal responses to U.S. actions,” the spokesperson, who wasn't identified, said.

No details were given about the new restrictions. U.S. diplomats already face limits on what parts of the country they can visit and even access to college campuses. The U.S. rules require Chinese diplomats to report travel and meetings in what was seen as an attempt to prevent interference within the overseas Chinese community and foreign students.

Washington has also complained about a lack of reciprocity in access to media, saying Chinese diplomats are able to put their views across U.S. outlets while America's representatives are shunned by Chinese state media.

Most recently, the State Department protested over the refusal by the Communist Party's flagship newspaper People's Daily to publish an op-ed by Ambassador Terry Branstad. The paper responded that the piece did not meet its editorial standards.

China-U.S. tensions over trade, technology and a multitude of other issues have increasingly spilled over into the areas of diplomacy and media, with the U.S. ordering the closure of the Chinese Consulate in Houston in July. China responded by ordering the closure of the U.S. Consulate in the southwestern city of Chengdu, a double blow because of the mission's key role in monitoring activities in the restive Himalayan region of Tibet.

The U.S. also capped the number of Chinese citizens working for state media outlets in the U.S., leading to the effective expulsion of 60 reporters, and has reduced the length of visas for others from one year to three months. That has brought renewed pressure on U.S. outlets in China, and Beijing has delayed renewing credentials for several of their journalists pending a positive response from Washington.