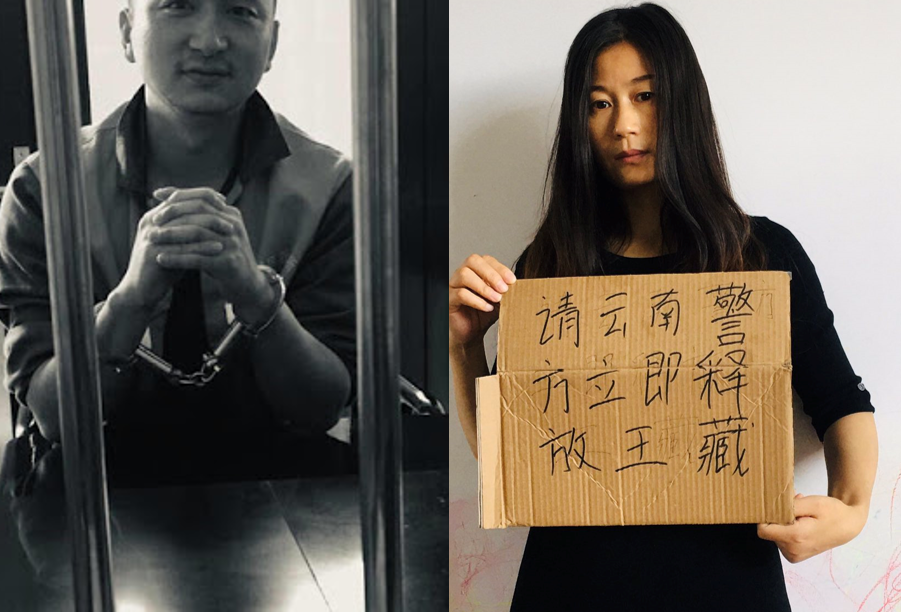 TAIWAN (Taiwan News) — China's local authorities are engaged in a competition to prove who is most loyal to the Chinese Communist Party (CCP), detaining dissidents and putting their family members under strict surveillance.

On July 24, Wang Liqin (王利芹), the wife of Chinese poet Wang Cang (王藏), was arrested by Yunnan Province police after drawing attention to her husband's plight online. He was detained in May for "inciting subversion of state power."

After the arrest, police continued to keep a close watch on the family, including the four children who are now being taken care of by their grandmother. On Wednesday (Sept. 9), Wang Liqin's younger sister disappeared after being summoned by police.

The younger sister had disclosed how the local authorities treated her sister and family, which gained a lot of public attention, RFA reported. The agency said her disappearance shows that local authorities want to ensure a media blackout regarding the Wangs.

Wang Cang began publishing poems on the internet under the pen name "Little Prince" in 2003. He has been an outspoken critic of authoritarian rule.

Between 2014-2015, he was detained and reportedly tortured for nine months in Beijing because of his support for Hong Kong's "Umbrella Revolution," Uyghur scholar Ilham Tohti, and criticizing the Cultural Revolution.

"Chinese provinces are competing to see which one has the latest and most effective way to safeguard national security. They arrest whoever opposes the government, as well as family members who choose to make their voices heard," Hu told RFA.