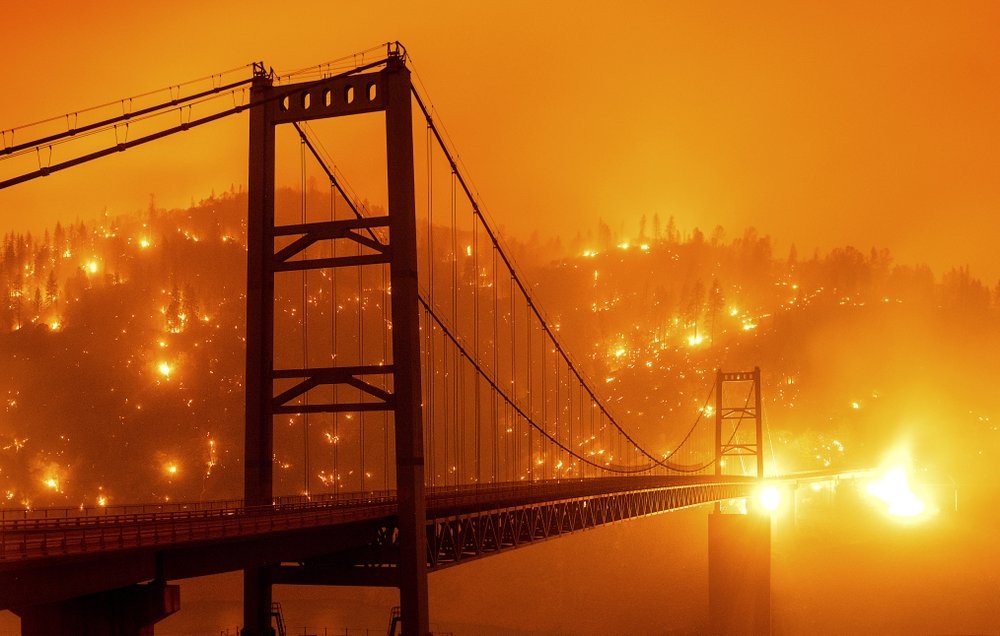 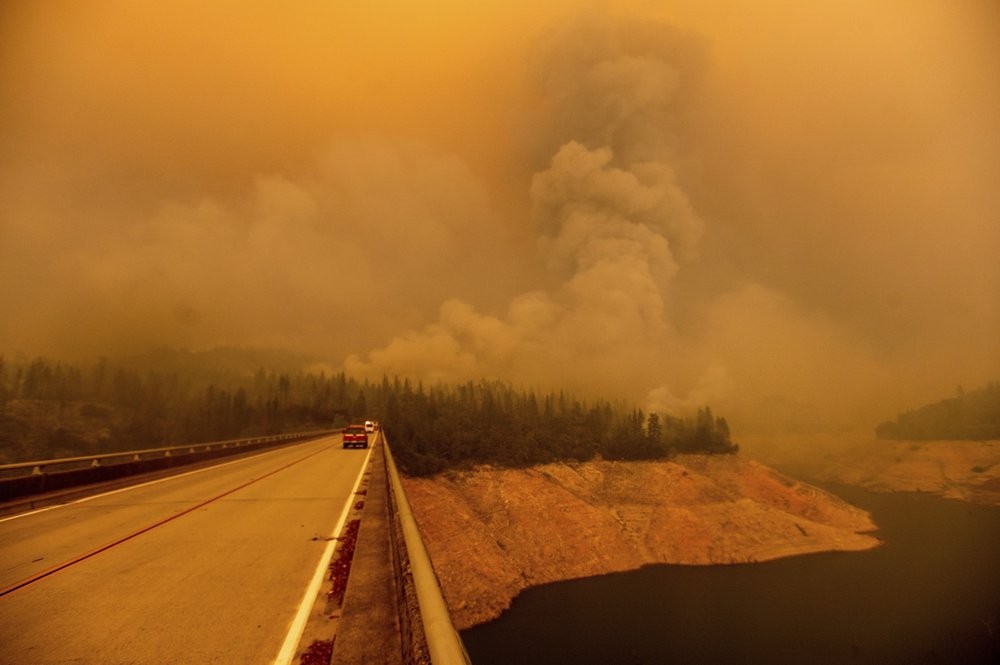 BERRY CREEK, Calif. (AP) — John Sykes built his life around his cabin in the dense woods of Northern California. He raised his two children there, expanded it and improved it over time and made it resilient to all kinds of disaster except fire.

So when the winds started howling Tuesday and the skies became so dark from smoke that he had to turn on his lights at midday, he didn’t hesitate to leave it all behind in an instant before any evacuation order.

With the disaster two years ago in nearby Paradise, in which 85 people perished in the deadliest and most destructive fire in modern state history, still fresh on his mind, Sykes got his wife and a friend into his car and left with only a change of clothes each.

“All I could do is look in the rear view mirror and see orange sky and a mushroom cloud and that told me it was hot and to keep going,” Sykes said Friday. “It was a terrifying feeling.”

Berry Creek was largely destroyed in what has become the deadliest fire of 2020, a year that has already shattered California records for the most area burned — more land than the state of Connecticut — and recorded the largest fire of all time in the state. Five of the top 10 biggest blazes in state history are still burning and fire season often gets worse in the fall.

At least 10 people were killed, including Josiah Williams, 16, who couldn’t escape the flames.

“He was alone, terrified and ran for his life,” his mother, Jessica Williams, told CBS13 Sacramento. “”My son was a good, smart, caring young boy that died alone and it kills me thinking about what he was going through.”

Neighboring Oregon and Washington also have been besieged and air pollution is a major problem across the West. Oregon Gov. Kate Brown said Friday “dozens of people” are missing from the large wildfires that have burned across the state.

California Gov. Gavin Newsom toured the fire-ravaged region Friday and strongly asserted that climate change was evident and pledged to redouble efforts to “decarbonize” the economy.

“The debate is over around climate change. Just come to the state of California, observe it with your own eyes,” he said, citing the hottest August in state history, 14,000 dry lightning strikes in three days, record-breaking temperatures, drought and millions of dead trees.

The immediate good news, he said, was the weather was beginning to cooperate, with winds settling down and the possibility of modest rain.

Bill Connelly, a Butte County supervisor, said about 90% of the homes had burned but most of the 6,000 people in that area got out.

“It’s just as devastating as Paradise,” he said, referring to the town 10 miles (16 kilometers) away that had 26,000 residents when it was destroyed. “It would be worse than Paradise if there were that many people living there.”

About 20 people were hospitalized with burns; others broke limbs in the panic to flee, Connelly said. Fire officials have estimated that more than 2,000 homes and other buildings were destroyed.

Under heavy smoke, the search continued Friday for 16 people missing in the rugged mountains 125 miles (200 kilometers) northeast of San Francisco.

Berry Creek, which began as a stage coach stop during the California Gold Rush, was among the hardest hit communities.

A bar, laundromat and two stores are gone. All that remained of a gas station were a pair of pumps and a sign listing prices. The school and volunteer fire station — with the engine still inside — were destroyed.

“There was no fighting this fire,” Sykes said. “Those who tried to fight it are probably not here.”

Most homes were reduced to smoldering piles of ash, twisted metal and blackened appliances, but others escaped unscathed. Chimneys poked from the rubble and burned out cars and pickup trucks dotted the landscape. Scorched utility poles and fallen wires lined the roads.

Sykes, who became emotional several times describing his ordeal, said he has located all but two friends. Some dunked into ponds, others jumped into Lake Oroville, a massive reservoir, as hot debris rained down on them, he said.

Sykes, a former logger and construction worker, had never evacuated his home during a fire before but said he was too old at 68 to stay put. Plus, he had to look after his wife Janet, the “love of my life,” and a close friend who has been ill and lived with them since her husband died six months ago.

He didn’t want them to be trapped on the road leading out of town the way people had perished in Paradise.

When they were 5 miles (8 kilometers) miles down the road heading to safety, a friend called to say that the home he left behind on Wood Smoke Way was burning.