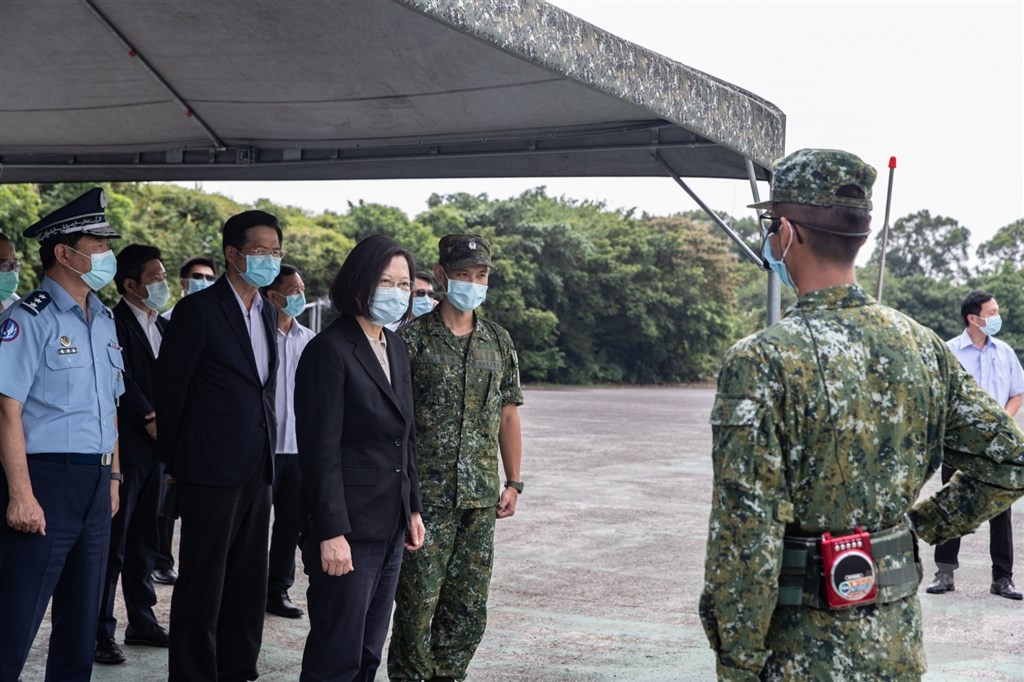 During her meetings with officers, she also emphasized her determination to defend Taiwan, CNA reported. “When it comes to our sovereign territory, we don’t give an inch. When it comes to democratic freedoms, we stand firm,“ she wrote in an English-language tweet.

On the eve of her visits, the Ministry of National Defense slammed aggressive behavior by China’s military over the past two days, including numerous incursions by warplanes into Taiwan’s Air Defense Identification Zone (ADIZ).

Accompanied by top defense and national security officials Friday, the president attended a lecture explaining how anti-aircraft missiles were fired before telling the staff they were “small units with a large responsibility” to protect north Taiwan against the enemy.

Tsai praised them for watching radar screens 24 hours out of 24, analyzing information and being prepared to act any time of the day or night. Chinese warplanes had approached Taiwan and entered its ADIZ on numerous occasions, while “fake news” about the situation abounded, she told the military.

China should never underestimate the determination of the military to defend Taiwan, CNA quoted the president as saying.